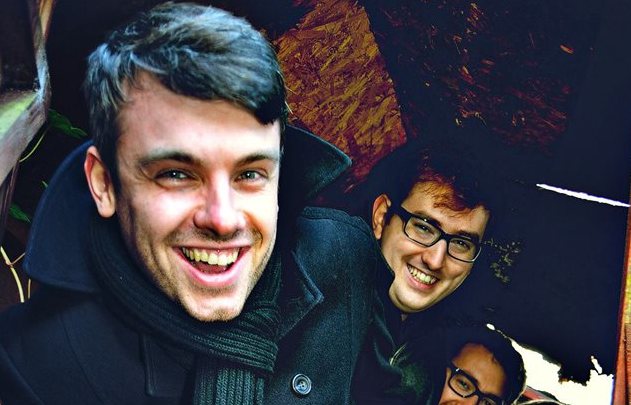 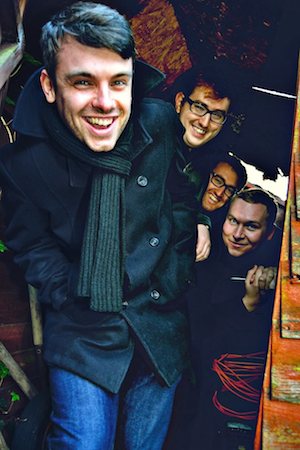 When I first watched Ring Ring Rouge’s video for ‘Round Here’ I was mesmerised. It’s unusual to see four lads in a band looking like they love being in that band, squeezing every bit of fun out of the whole experience.  Most bands confine their frivolity to the practice room, adopting their serious muso faces as soon as they emerge on stage.

Often the music produced by these bands is as uniform as their attitudes, a homogenised sulk underpinned by a big guitar riff with the obligatory standard indie haircut.  Ring Ring Rouge turn stereotypes upside down.  They’re not afraid to parade around in neon lycra for a laugh.  They don’t think twice about learning dance routines that would normally be performed by an over-seventies aerobics class and yet, despite their lighthearted geniality, they create musical masterpieces that are as eclectic and diverse as they are accomplished.

Hailing from Burnley, Lancashire and signed to Jack to Phono Records, Ring Ring Rouge have been impressing audiences across the North West since 2011 with their instrument swapping live performances and eclectic sound.

The band have released a couple of well received singles that have won fans across the UK; ‘Today’, recorded and produced by Michael Page, is a nostalgic and confident swirl of seaside organs, shimmering guitars, and soaring vocals. ‘Dr Feelgood’, recorded in Berlin with producer Andy Jones, is the popular and energetic set closer for their live performances.  With the release of such strong singles, the band’s debut album is highly anticipated, and finally the wait is over…

Ring Ring Rouge’s debut album ‘Head Full of Fog’ was recorded in London with Michael Page and will be released on April 28th supported by a tour of the North West:

Watch ‘Round Here’ below. I defy you not to smile.