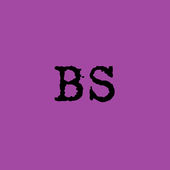 Love will overcome……
Boz Hayward remains one of the great musicians of the Manchester scene who deserves a wider audience. Perhaps his new release, one off single,  “Both Sides” will provide the breakthrough for this talented artist?
It ought to.
Boz’s work Is always notable for its’ attention to melody and musical detail,. That is readily apparent from his material released with the Bozchestra, a band which continues to produce wonderfully rich  cinematic pieces. This new  release is Boz on his own however , apart from drumming assistance from Rob Haynes, of Membranes and Inca Babies fame, all the instrumentation and vocals are the work of Mr Hayward.
With a driving beat creating a sense of unresolved urgency, layers of acoustic guitars, bass and keyboards, and an inventive use of vocals, Hayward has produced a modern pop masterpiece with both a strong message of hope, and, the challenge to stand up and fight the forces of darkness.
Marking the sad death of Jo Cox, and with a clear nod towards the current state of politics, both at home, but also in Europe and the United States, Boz articulates and challenges an emerging internet focused fact/post-fact world to get its act together. Populism, fascism and Twitter obsession are trends which need to be countered but also a more bi-partisan approach to solving problems, recognising that our differences are our strengths, and seeing the other point of view in any discussion is vital if we are to progress.
With a rich melodic feel which sets it aside from the mainstream “Both Sides” has that rare capacity to both please the ear but also challenge and stimulate the mind.  The single has been attracting some widespread interest and deservedly so.
As well as this new single Boz is currently working on a new album which is due out later this year.
The single is available on I Tunes and Bandcamp as a digital only release