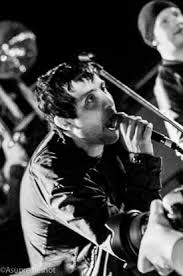 Alias Kid were discovered by music mogul Alan McGee. Hailing from Manchester, UK, they are fronted by Maz Behdjet and Sean O’Donnell. The band fuses 60s style anthems with an eclectic mix of influences from the 1970s to the present day to create a sound that is at once familiar and yet still unique.

We say…
The Britpop debate in the last few weeks has overlooked one thing – the fact that so called lad rock never really went way and far away from the media debate over what’s hip untrendy enclaves of british city there is a whole other musical argument raging.

Alias Kid are artful hooligans, they are the workers grabbing the means of production and they are a great rock n roll band- band that is for the people and but he people- this kind of stuff is rreilotley out of fashion which is perfect as fashion is thee curse that ruins all great music.

It’s that classic Manc swagger with a hint of Oasis but if Noel was more into Trex and the Stooges than the Beatles- it’s loud, snotty and sounds like a band that’s not going to get invited to the party but is going anyway and going to have the best time there.

Signed to Alan McGee’s 359 label the band are living proof of McGee’s famous current maxim that there is more talent in Huyton than in Hoxton and even if they come from manchester and not the South Liverpool estates this is a band that proves that McGee’s maxim is holding strong.