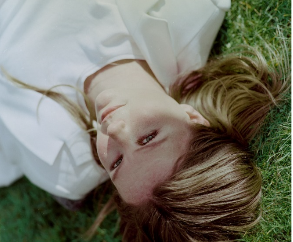 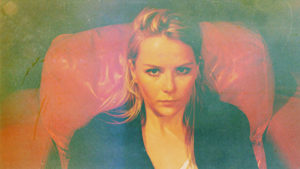 New solo artist Keto Here is all set to release her most complete work to date with her eagerly anticipated debut album, Blackened Pool, due for release 29th October 2018. Matt Mead interviews Keto for Louder Than War.

With her first single Always to be released online on September 24th, accompanied by a beautiful animation video, Always is a delicate song riddled with thought and ambiguity a reoccurring trait within Ketoʼs song writing.

Recorded in the eerily serene setting of the Outer Hebrides with support from the PRS Found2tion, debut album Blackened Pool is a collection of incredibly dark, minimalist songs, with dreamy backdrops. Detuned nylon string guitar and distinctive vocals recorded singularly on one mic form the bedrock of these tracks. Add to that sparse piano, violin, electric guitars, swirling melodies, textures and percussion then listen as these songs rise and fall between the sublime, where bleakness and enduring hopefulness collide.

Can you please tell me the first music you remember listening to?

When I was a kid my Mum had T-Rex’s greatest hits album on repeat most days, as it was the only CD she had in her car at the time when she was taking us out and about. Singing all the words at my younger brother and I too, he used to sulk about it, I used to find it funny. A lot of Northern soul music too, my Mum and Dad used to play it around the house, all the love songs.

Who were your first musical influences that you can remember?

I loved Delores Riordan of the Cranberries, she had such a striking voice and sung with such passion. Sinead O Connor too, they sang like that had real stories to tell, not just singing for the sake of singing. My Grandfather on my Mum’s side was Irish and he was always singing Irish songs to us, Molly Malone, I remember specifically. My older brother also used to play a lot of hip hop, so I’d be singing along without really knowing it. I also remember him playing Amy Winehouse’s first album to me.

As I got older I found PJ Harvey, Vashti Bunyan, Elliot Smith, and a voice like Karen Dalton’s that just cuts straight though you. I loved a lot of guitar bands like The Strokes, fell in love with a lot of lo-fi bands like Low, and I listened to a lot of Scout Niblett. I think all of this and more must have shaped my musical sense in some way.

I started singing at secondary school, they had auditions for a school concert. I think I was about 11 years old, I think I auditioned with a Diana Ross song, or a song from Aladdin. My Mum wrote all the lyrics out for me, I remember going into the drama room to audition. I think that was the first time I thought, I could actually sing.

When did you start playing guitar?

I didn’t begin to play guitar until I was 21. So late I guess compared to my musical friends. I had a band with two friends before that, but we never got out of the garage. I wanted to learn guitar, so I could make songs out of all the ideas in my head, and I’d always fancied learning. The first song I learnt to play was California Dreaming, by the Mommas and Poppas and after that Zombie by the Cranberries.

When did you first start to write your own music?

After a few months of learning the guitar. I write a lot by ear, and have always made up lyrics, but never written them down. I guess learning guitar made me put all these ideas that had been in my head for years into a form. I then just started playing open mics and gigs around Nottingham, swapping out a cover for an original every time I had a new song.

What do you enjoy most about writing your own songs?

As I write more and more I find that there are lots of things I enjoy about song writing and producing songs. Initially it was about getting that raw emotion down as quickly as possible, not giving it too much thought, but just going with the first raw instinct of where you wanted to go with it, almost unconscious thinking. Some of my favourite songs to play are ones that have been written in that way, and those songs are also the ones that have taken the least time to write.

When did you release your first music?

I released a single called Change, with a B side called Otherside back in 2015, it was really exciting at the time. After that I really wanted to take control of the production element of it somewhat, I wanted everything to sound real on the next record I made. What We Do was my debut EP, released in 2016. I recorded everything at my house, mainly on one mic, we got all the parts down. It just came together, it’s really great when it happens like that, but it helps that I work with some really great musicians that help bring my ideas to life. Then my friend Pete mixed, mastered it, and helped put it together. I put it out on my label, Graze records, and that was that. I got some nice shows and stuff off the back of it, but there were no funds to really get it out there.

How do you find playing live? Is it something you enjoy?

I used to get very nervous, but I feel in the past few months something has changed. I feel as though my solo and our band performance is just developing faster. Maybe that’s just clarity of a situation though, debut album is going to be out there soon, and I’m ready to write new music.

What can people expect when they listen to your material?

That’s a hard question for me, I think it’s just good to listen and find out for yourself. It’s nice to have surprises. Little is a surprise nowadays.

What can you tell us about your latest release?

My latest release is Always that comes from my debut album Blackenend Pool. I wrote it whilst in the Outer Hebrides recording my album. It was a song that had been sitting in my head for a while. It has a story, but it’s definitely open to interpretation. It’s a stripped back song that lets the lyrics do most of the work, with guitar and brooding piano just holding it together. I didn’t even know I could sing that high until I wrote it. My friends Rob, Andrew and Pete play on the record with me

I’m crowdfunding for Blackened Pool, vinyl until September 14th, it needs to get to 100 then it gets pressed, it’s exciting. I did it because when I play a show I’m always asked for it afterwards, and of course I would like my debut record on vinyl! You can order the limited edition vinyl via this link.

Will you be going out on tour?

Yes I’ll be going on tour at the end of November, before that I’ll be supporting Low at the Trinity centre in Bristol on October 15th.

Then I have some tour dates planned and a few yet to be announced:

24th November at The Chameleon, Nottingham.

Finally, what is currently on your turntable?

I’ve been listening to a lot of Chad VanGaalen recently. I love his story telling, he just does his own thing. I don’t have anything of his on vinyl right now though.

On my turntable at the moment I’ve had a few old(ish) albums on repeat, Swim by Caribou, for a good dance. Zeroes QC by Suuns, turn it up loud, and Joy division’s Substance, just because.