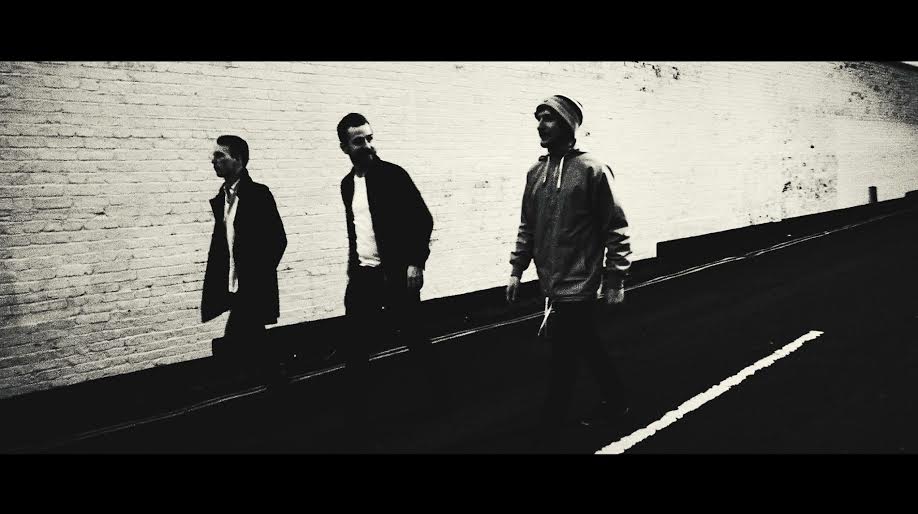 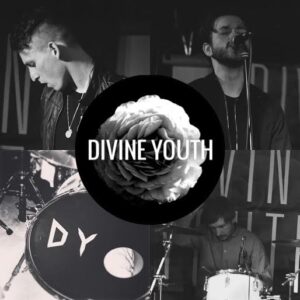 Divine Youth bring heartfelt guitar music with a hard edge. For this is sound which rises out of the grit of real society struggles and consciousness; with the Stoke On Trent-based trio telling of their shared love of the social rebel. They cite being influenced by ‘the hell raiser, the gang mentality, the socialist’ and they manage to combine a powerful presence of discontent with driving rhythms and guitar. It’s attentive to issues of today, without being overbearing: and that’s what makes Divine Youth’s sound so refreshing.

These are three young men articulating the experiences of a generation expected to be ‘fast and ‘connected’ – whilst individual emotions often remain neglected. Enter Divine Youth. Emotive tones from lead vocalist and guitarist Dan Sheldon address the feelings we may have fallen out of touch with, whilst bass from Mike Sheldon stands out rather than just being an ‘accompaniment’. This matters; as the dynamics of the band in itself bring the importance of standing as an individual to the fore. Our individual experiences, both emotional, and of music, matter: so solid, well-structured drum rhythms from Liam Kaye fall like a kind of confirmation – and certainly a catchy one.

‘A band with a unique insight’

Forming in 2015, Divine Youth is made up of three members – which could be considered surprising, given their gritty sound which has real depth to it. Just sample their SoundCloud, and hear for yourself – or even better, there’s a debut single for 2016. ‘Please Pour Away Those Petrol Eyes’, even just by the title alone, tells of a band with a unique insight. In this track, what I sense is a kind of criticism of people’s, society’s, tendency to react with ‘petrol eyes’ – looking at the world with a volatile, potentially flammable view.

We live in a society of intensity, as Sheldon muses through the raw, resonant tones of ‘I’ll paint you black and blue/but I’ll sing to you’. He is joined by a little vocal layering for the repeated line ‘they’re calling me the come-back kid’: with this heavy use of clichés I believe to be a creative technique within the lyrics – terms society spins to stick to us. Yet thanks to his tone, tinged with anger, Sheldon shows how human sound can resist these definitions. It’s exciting to be listening to a band at this stage I think – a fairly new group who have still kept the grit and bravery lost by so many ‘commercial artists’ – this is music which satisfies our curiosity, rather than just keeping people ‘content’ with same-sounding stuff.

Sheldon’s voice is certainly one to watch for – swirling around so many nooks and crannies of sound, reaching climatic bursts which seem to burn at his very vocal chords – it’s the sort which really makes you raise your head and listen. Breathing, tearing, gasping: sound expressed like a social survival which I can’t help but find thrilling. Plus taking potentially limiting clichés and making them part of a powerful performance shows this band’s intention to be active in making social movements, not just musing over it. Let’s show 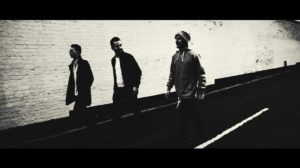 the futility of these definitions, the music says, let us rise above.

Divine Youth therefore manage to convey socially serious points but without severity; their music is surprisingly euphoric. Even early in their Soundcloud history, tracks such as ‘Dust Bowl Refugee’ hold a punkiness, and therefore a hint of rebellion, but positive. Make a stand, and make it stand out – for the right reasons – seems to be the message of these guys, and I certainly want to hear more of their raw, insightful style.

The lyrics are emotive, yet not abrasive, open up capacity for exploration, but are not oblique. Take another one of their early tracks, ‘M Monroe’ with the repeated refrain ‘You started to break’. It tells of realisation – but do we interpret it as positive or negative? The driving drums and confident lead guitar confirm that it is the listener’s choice – so we are invited to look back on the instances in our life when we may have felt like ‘breaking’ point, but also to look forwards, through culture and creativity.

It’s perhaps no wonder that Divine Youth are attracting attention, and they’ve already shared early gigs with Drew McConnell (Babyshambles), Billy Lunn (Subways) and Type Two Error (Cooper Temple Clause). Music as a form of social survival, as I mentioned earlier, also seems clear in their work with other up-and-coming bands: sharing gigs and celebrating a creative community. They’ve done shows with other up-and-coming artists such as Racing Glaciers and Kagoul, inspiring an active following in The West Midlands. With a distinct sound and single for 2016 – complete with a video – I certainly expect to be seeing and hearing more of Divine Youth this year.