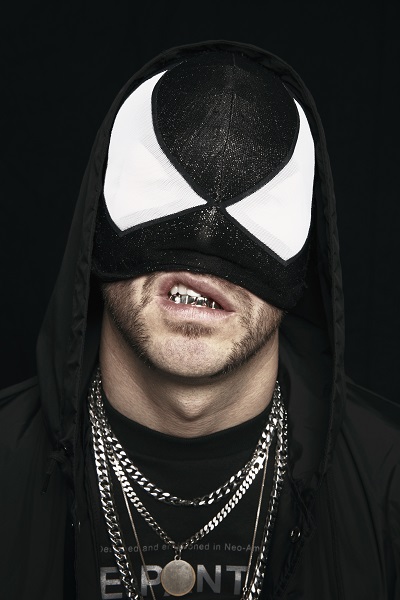 Italian electronic artist The Bloody Beetroots catches up with Louder Than War ahead of his forthcoming tour.

A week before the EP release, we thought it was high time to catch him ahead of his exciting festival appearances at OpenAir and Topfest.

You’ve just released HEAVY EP, tell us more about it.. What can listeners hear compared to the last release The Great Electronic Swindle?

It’s a completely different animal. The HEAVY EP is my new journey into this new, unknown electronic space. It doesn’t crossover with alternative music, and it was specifically written to serve and support the DJ Sets for the next couple of years around the world.

The EP features heavyweight producers within the dance scene, including the likes of Dr Fresch and Ephwurd, were these collaborations long in the making? Or did these happen naturally?

It all happened organically and naturally as those dudes have a special empathy for music. I loved working with such talented producers.

You’ve had some incredible collaborations over the years, including with Sir Paul McCartney. This collaboration isn’t what you would usually expect to come out in the industry, could you share some insight on how it clicked?

It all started with a remix of one of Paul’s songs while I was working in the studio with YOUTH. Paul loved it so we all started working together to make a real song out of it. it was an incredible experience and I feel blessed to have shared moments with such a legendary musician.

How would you describe your live show for someone who’s interested in seeing The Bloody Beetroots on tour for the first time?

TBB has different faces. We have the live band which is all about TBB OG songs. It’s kinda of a journey into my crazy mind as a composer and producer. Then we have the DJ set which is me going nuts with everything I like spinning and making people dance like kangaroos . Both assets are all about chaos and confusion. I really love performing and having fun with it all.

What’s one thing on tour, that fans wouldn’t expect you would take on tour?

You’re billed across numerous international festivals this summer including Topfest and Nameless, what shows are you most looking forward to playing this year?

I love playing small clubs as much as gigantic festivals. I love my fans and I will always find a way to keep this modus of working consistent and real. Every single show I’m doing is important to hit. I love it all!

The Bloody Beetroots’ live show to fans merges electronic elements and live instrumentation that could appeal to electronic fans while rock fans as well, would you say this makes an important component of the show?

Along with the release of new music, we’ve seen 10th Anniversary Warp 2.0 release. It’s been 10 years in the making, have fans been reacting to this record more on the road?

It’s crazy, i’ve been playing WARP for the last 10 years non stop and people are still going bananas! I never thought I would write a song that could stand the test of time over the years, I feel blessed.

Come to the shows, let’s hang!