Home Music New Artist of the Day: Zefur Wolves – we talk to the... 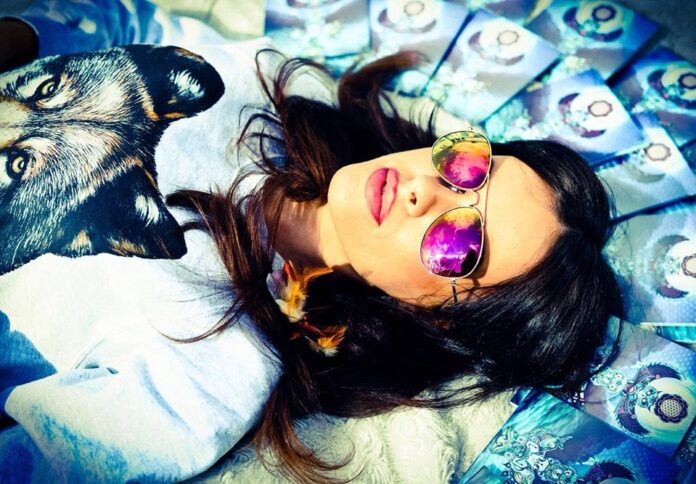 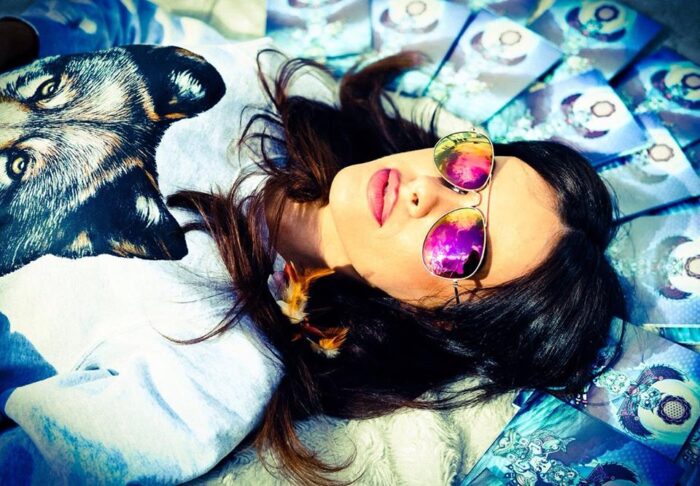 Zefur Wolves are a new band formed around the twin talents of Cian from Super Fury Animals and Estelle from Baby Queens. Together they make music described as “political themed shoegaze and psychedelic waltzes” – and in this feature they talk to Louder Than War’s Michael Hicks about their new band.

The casual listener may know Cian Ciaran as the multi instrumentalist with the Super Furry Animals. Those with a musical telescope and who examine further – will also know the Bangor born musician as label owner, producer and creator of two solo albums. Estelle Ios makes up part of Baby Queens – a collective that combines alternative guitar music and soul. Together with their band, Zefur Wolves, they have just released a debut album of political themed shoegaze and psychedelic waltzes – and are about to tour.

Zefur Wolves was a name drawn up by Estelle and guitarist Zirian (Afendy). Wolves are their spirit animal and zefur originates from zephyr, which means a mystical breeze. The spelling of the latter changed to incorporate z for Zirian and e for Estelle. The “fur” is for Cian. It all makes more sense once you’ve listened to the music.

The album was made in northern California and you can hear and feel that influence. There is a haziness to the material. This feeling is captured with fuzzy, laid back guitars and atmospheric vibes. It brings to mind early Mazzy Star – but with a Courtney Love vocal delivery. “Some of these songs were written when I was a teenager so my influences are quite nineties,” Estelle adds.

Estelle continues: “We found lots of inspiration from our experiences in California too.” These experiences included being surrounded by the redwood forest on the coast and attending Pomo Indian ceremonies and learning about their native culture. The whole album was calibrated to A=432hz which differs to the standard tuning of 440hz. “This is a healing frequency.” 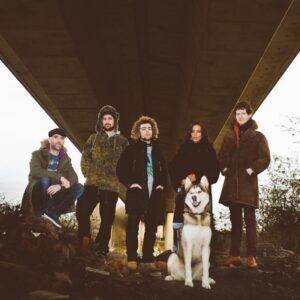 Their sound is augmented by the two north Walian’s political thought. Lyrics that tell of the world’s injustices and corporate rhetoric and action. What shaped this ideology?

“Growing up in Wales I think has made me aware of many issues.”Cian replies, “I think it’s part of our mind-set. We have a rich history – from the birth of the red flag during the Merthyr Rising in 1830 to the Welsh language rights movement during the ‘60s and the bombing campaigns of 1963-69 in reaction and opposition to the flooding of Welsh valleys and decimating entire villages and communities to supply water over the border. We’ve had to endure attempts to erase parts our culture through beating the language out of our children through the Welsh Not. These things, combined amongst others, struck me at an early age and I think this set me up as an adult and made me more aware and sympathetic to other struggles around the world.

Cian made his name as part of a band, but it’s been five years since Super Furry Animals’ last studio album. During that time he’s recorded, solo, under his own name. Now back in a band environment – does he feel more comfortable?

“I do yes. Working alone can have its advantages but it can be a lonely place. I enjoy the process of working with others, bouncing ideas around and learning from them. It’s also great to be able to play the songs live as a band. To have that interaction and turn the volume up to 11.”

Zefur Wolves play two live dates soon: one in Cardiff on the 18th of this month and another in Bangor on June 5th. Cian and Estelle now share a home in Cardiff, although they’re both Bangor natives. Do they see a difference between a south Wales audience and north?

Estelle replies first, “Coming from north Wales – I do feel like there’s a difference, yes. North Wales is a magical place and I feel a connection with people from there. I love south Wales too though. There is a certain down to earth humour that I love about people here.”

“Yes, there is a differing mind-set I guess.” adds Cian, “Northwest Wales, which is where we grew up, being more rural to the industrialized south. There’s a difference between Bangor and Caernarfon, which is only 9 miles apart, but musically or appreciation for music, I can’t see much difference.”

Zefur’s are an amalgamation of Cian’s and Estelle’s influences. An initial spark of an idea grown into a finished article. Conscious music for the now.