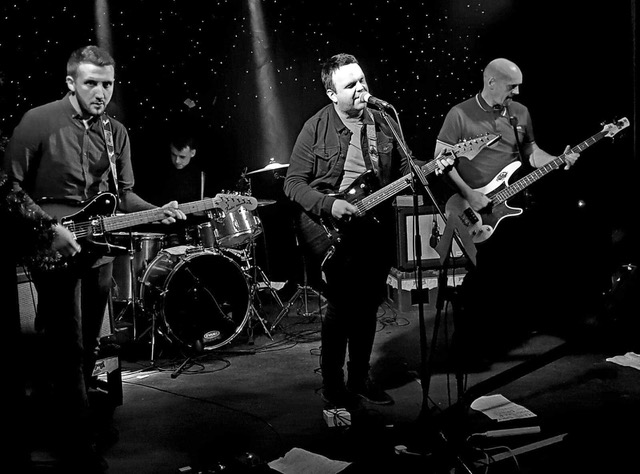 Since forming in 2015 The Cazales have proven themselves to be an upbeat and vibrant indie pop quintet based in Wrexham, North Wales.

Having just released their second EP, A Certain Quackery, which was once again recorded by the talented Alan Smyth (Arctic Monkeys, Pulp) the band have just dropped their first single from the EP, She Wants You Dead which has already been supported by hundreds of radio shows. Louder Than War caught up with the band for a chat.

Hey guys, thanks for taking the time to answer our questions. How’s it going?

Hi it’s going great thank you, just enjoying a busy summer of playing gigs and working on new material as well as trying to promote our latest EP

You recently released your EP A Certain Quackery. How have the reactions been so far?

Very positive and we’re more than happy with all the feedback and reviews, our lead track ‘She Wants You Dead’ has been featured on BBC Radio Wales by Janice Long and Adam Walton which we are happy about as well as many more stations up and down the country, we love playing our tracks from the EP live too and they get very welcomed reactions.

With more focus seemingly to be on singles these days as opposed to an EP, how was the experience of putting one together?

I could only say enjoyable really, making music is more a pleasure rather than anything else, took some time to make a few decisions regarding the tracks etc but was a great experience that we all had an input with

Have you found there’s still an interest in them and is that with an older generation of music lovers?

Yes most definitely to be fair we have a few older generation followers and they seem to be positive towards our style, we like to think we have some variety to our music for all ages

Similarly you’ve just released your single ‘She Wants You Dead’. What’s the story behind that?

It was inspired by Winona Ryder, our singer who has been a massive fan of hers since a child wanted to create something with subtle hints to her films, for example the song is about a man called Edward (Edward Scissorhands) and Lydia (Winona’s character in Beetlejuice) the EP artwork was based on the 80s film ‘Heathers’ which was one of Winona’s earlier films also.

How does this play into the wider narrative of the EP, if at all?

To be honest it doesn’t, all tracks differ and have opposite meanings to each other and we brought them all together in aim of hitting different tastes, I would say all tracks have the same dark seriousness to them in terms of lyrics even if the musical tone doesn’t represent that fully

With the EP release behind you, what’s next in your plan? Are you planning to focus on writing more material or taking it out on the road?

Both! We like to try and work hard as possible so we are juggling gigging aswell as song writing on a consistent basis now. The end goal would be to make an album in the long term as this was our second EP release, but that said if a song comes round that fits the bill we may release more singles

Coming from Wrexham, have you found that it’s better to look outside of your hometown for shows or does coming from a smaller town have it’s benefits when it comes to gigs?

Finally, what can we expect from The Cazales as we head towards 2020?

Heading towards the next year we want to just make as many moves forward as possible and work hard, festivals is taking priority with us now, moving forward and we will look to feature at as many as we can, we have a lot of good shows due to come up this year with Sheffield, Liverpool and Manchester and with us all busy working away at making more material we hope our hard work pays off

Thanks for your time guys!

Thank you, was a pleasure x