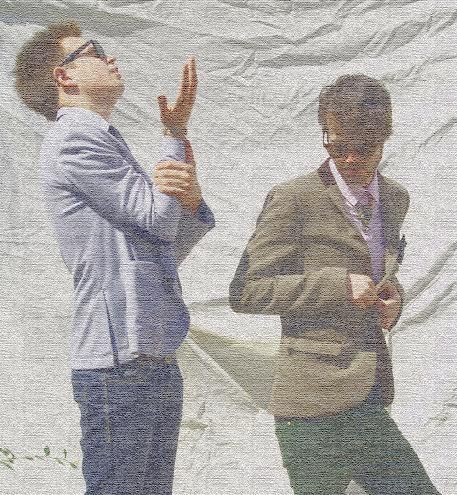 Southport-based synth-poppers Seattle Yacht Club offset assumptions that two-pieces need to be noisy. Louder Than War’s Dave Beech introduces them to us.

Whilst a recent influx in two-piece bands has seen journalists tenuously trying to coin a genre from their set-up, the fact remains that, more often than not, numbers is the only thing these acts have in common. Drenge, for example, are not easily confused with Slaves, whilst Nai Harvest and Royal Blood couldn’t be much further apart. Perhaps it’s just as well though, as we’re almost positive that should you be browsing the racking in your chosen music shop by genre and stumble upon the latest record from Southport’s Seattle Yacht Club, and buy it hoping it sounds like any of the aforementioned, you might be a little disappointed.

You might also be pleasantly surprised. Debunking the popular assumption that two-pieces (irrespective of their genre) are synonymous with the heavier side of music, Seattle Yacht Club instead craft hugely upbeat indie disco, taking massive influence from ’80s pop and lavish it with contemporary synth hooks and two-part vocals. Their latest single Dreaming is no exception; appealing to fans of Bastille and Scouting For Girls, the rich melodies and and backing harmonies make for one of the most upbeat, sun-kissed records so far this year. And whilst it goes without saying that the band’s penchant for pop might be a little too saccharine for some listeners, it will also enamour them to others, allowing Seattle Yacht Club to find the commercial footing their sound lends itself so well to, all without alienating listeners of a more alternative disposition. As a result they’re a band fusing together the best of both worlds whilst ultimately retaining that pop sparkle.