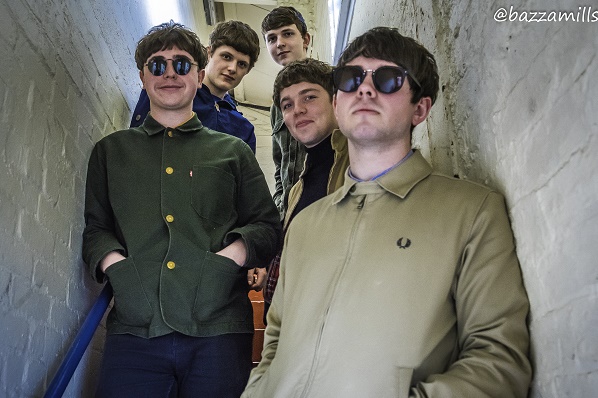 While many bands these days seem to be all too quick to blame any negatives they face on the current state of the music industry, other bands are more than happy to get their hands dirty and really work for their pay off. One such band is Scotland’s Vida, an indie-rock five-piece who manage to channel classic britpop sounds of the ’90s while retaining more than an edge of the contemporary. Indeed, such is the quintet’s propensity for grafting, their debut single Fade Away is already on track to amass over 100,000 Spotify plays by the end of the year – no small feat for an unsigned band.

A solid work ethic means little without the goods to back it up however. Fortunately the Alloa-based rockers have the musical chops to bolster their ability to graft. While comparisons to the The View are unfortunately both inevitable and inaccurate (the only similarities being the tone of the vocals), the band actually share far more in common with the likes of The Verve. That isn’t to say Vida are derivative however. Masquerade is an EP which not only wears its influences on its sleeve, but shows Vida as a band with buckets of promise; effortlessly merging traditional rock aesthetics with a rawness rarely seen in today’s indie scene. Though still unsigned, statistics speak for themselves, and Vida have already surpassed buzz bands such as Cabbage and Judas in terms of monthly listens. When Masquerade drops on November 1st, things can only snowball.