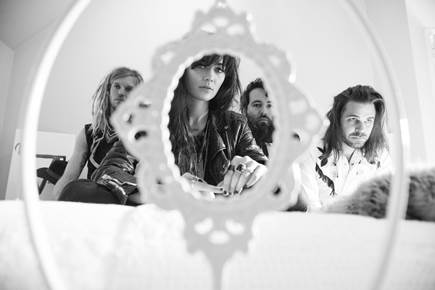 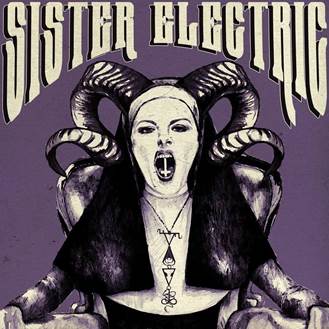 Mangling the Blues into a twisted form of psych-rock jams, Saint Agnes are due to release a brand new single on the 17th June via Death or Glory Gang Records.

With their new single about to drop we thought we’d bring to your attention a band have been tearing up the London live circuit for two years now and are on the cusp of breaking down even more doors.

Saint Agnes formed in 2014 after Jon Tufnell saw Kitty Arabella Austen playing with her other band and proceeded to “tell everyone around me that I wanted to be in a band with her”. At first not keen, Kitty slowly came around and the duo worked up and recorded some material before making the decision to perform live. Recruiting Ben Chernett and Andy Head (who stepped in after the band’s original drummer injured himself) to the cause the band headed out into the world quickly building up a following.

Known for their visceral shows and releasing two sold-out singles and a live EP, the band now give us ‘Sister Electric’ a heady stew of full-throttle power and beauty that bewitches and enthralls in equal measures.

Listen to ‘Sister Electric’ below:

‘Sister Electric’ will be released on super-limited edition lathe cut clear vinyl which will also come with a limited edition B-side digital single that will not be available anywhere else.