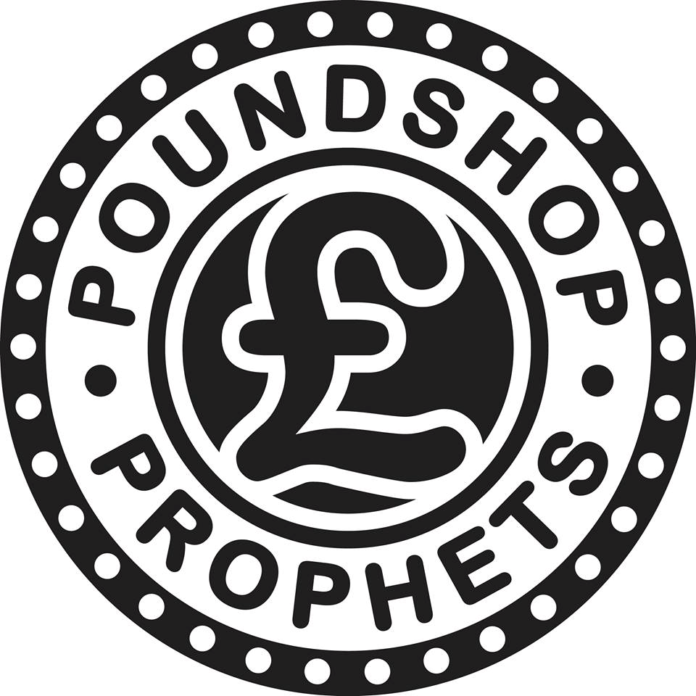 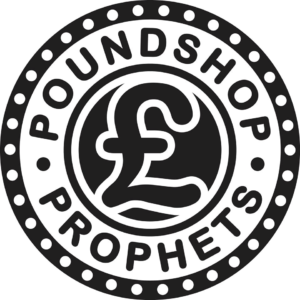 Who or what are Poundshop Prophets? Details are sketchy to say the least! The only info I am able to find on them through their facebook page is that they are based in Brighton and Hove, have been making music since 22 April 2015 and appear to be led by a producer called Collin Deurance. According to their brief bio, they are “a collaboration of different musicians coming together into one entity with alternative ideas and music from life experiences.” Apart from a black and white Starbucks-aping logo there are no clues whatsoever to the band’s identities, only a link to their reverbnation page and a contact number. Intrigued? You should be, if the music’s anything to go by…

Ranging from the intense thrash-funk of ‘Media Conspiracy’, the ace, Connery-sampling Big Beat badness of ‘Hello mister Bond, I wasn’t expecting you!’ to more melancholy fare like ‘ Love of Life’ and the gorgeous ‘Spirit Of Spring’, the music of Poundshop Prophets is a relentless tornado of ideas and invention. There’s all sorts in the musical pot; the windy synth pop of OMD, the dark urban sprawl of early Happy Mondays, the demented glitch-core merry go round of Venetian Snares, often all at the same time. Completely instrumental, save for the odd sample and vocodered snatch of vocal, it’s not clear if these songs are demos, experiments, finished articles or harbingers of some massive societal change set to shake up the dilapidated shopping centres alluded to in the band’s name. Genius or joke, futurist or folly, I’m guessing the Prophets, whomever they may be, are set to make a difference in a world gone senile. What kind of a difference this will be remains to be seen; good or bad, it’ll certainly be interesting.

~
You can find Poundshop Prophets on Facebook  and Reverberation.