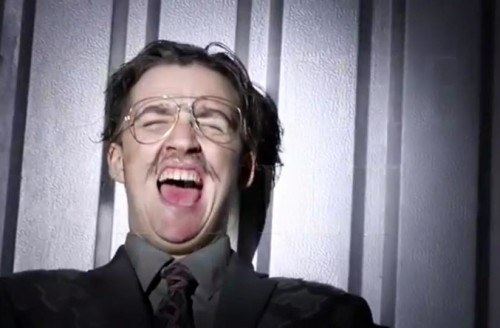 Louder than War have a sneaky listen to some ‘new grunge’ in the form of Oh the Guilt and realise they may be the shape of things to come?

Ok let’s immediately get away from the connections and connotations of this band’s name. “Oh the Guilt” is the name of a Nirvana song that they did a split 7 inch record (remember them kids?) with the incomparable The Jesus Lizard in 1992.

So, apart from a great name, this band have very little in common with Nirvana which surely is a good thing right? (N.B. I LOVE Nirvana so stick with me on this.…)

‘Oh the guilt’ come with a VERY creepy video accompanying their equally creepy music! Visuals aside, this band rely on repetition and sleaze which I like! It’s a combination of both The Fall at its best and Fat White Family at their downright stinking worst! Nice!

So yes, repetition is not a bad thing and we have this in this track with a great post punk bass riff running throughout. Oh the Guilt have a big sound and are surely ones to look out for.

Their style of music/sound is not easy to pigeonhole, so immediately a thumbs up there surely?

So don’t get hung up on the Nirvana links as they are no way like them.