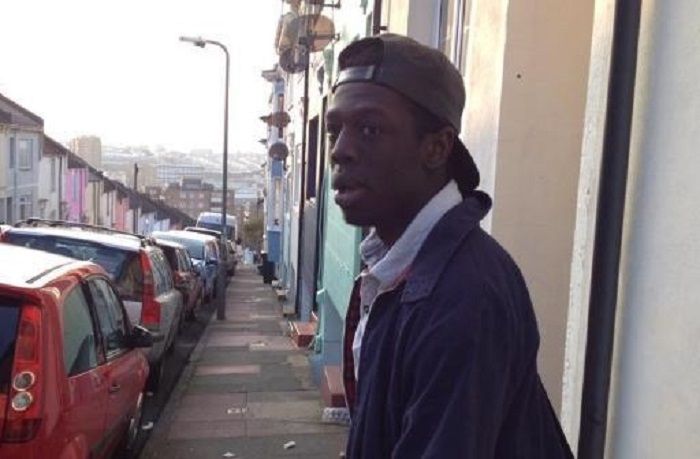 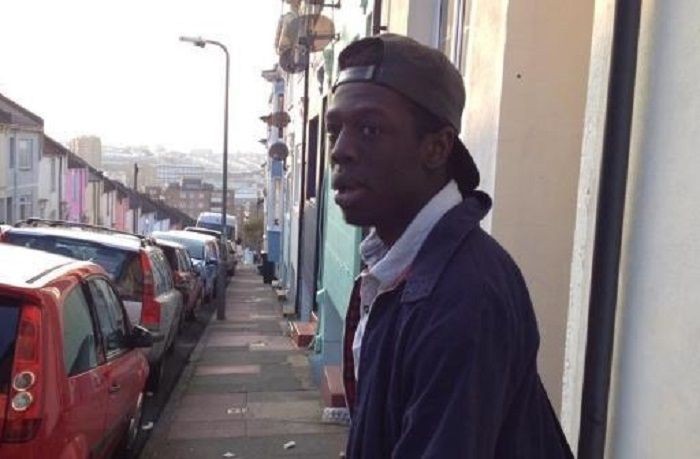 It’s difficult to keep up with Nelson. He’s the leading light in Liverpool’s current Hip Hop scene, one of many artists proving there’s more to the city’s Beats, rhymes and life than Anfield Rap. He’s also a rather enigmatic character; refusing to give press interviews, rarely exchanging words with the media (save for a few emails), and releasing new tracks on a strictly ‘as and when’ basis.

Naturally this particular brand of mystique (normally associated with satirists, pranksters and sculptors) makes him all the more intriguing, if rather tricky for us bloggers when it comes to attempting to write any kind of condensed history of his work . Still, I’m going to give it a go ’cause quite frankly his is a voice which needs, needs to be heard by as many listeners as possible. Factual errors at the ready, let’s begin.

As far as I’m aware the first public recording of Nelson arrived in 2013, in the shape of the startling ‘Apathy,’ a heart murmuring, bass-heavy piece of Jazz Rap which serves as a kind of Mission Statement for the young MC. Recorded at the age of eighteen, lines such as ‘Used to be a producer but Hip Hop produced me/ Listening to Can I Kick It and thinking I’m Bruce Lee’ and the parting coda of ‘They say Apathy defines our generation but we really don’t care’, delivered in an unmistakeable South Liverpool twang, instantly marked him out as the most distinctive, exciting new voice on the Hip Hop Scene.

2014 saw Nelson release two more songs on Soundcloud (‘Rhapsody’ and ‘Grey’), and the mixtape ‘Neo Noir’, before disappearing with a level of cunning which would even outfox the Scarlet Pimpernel. Then the beginning of 2015 saw the emergence of the glorious ‘January’, this and the summer release of the L’Orange produced ‘Rabbit Hole’ further cementing his artistic credentials. Seemingly working in accordance with the changing seasons, further tracks emerged during the festive period in the shapes of ‘Storm Brewing’ and ‘Danny’, possibly his most intoxicating recordings yet. ‘Storm Brewing’ is a compulsive Jazz fog evocation of a land “where the streets are paved with gold and chewing gum”, a compellingly fractured slice of avant-rap which any true Hip Hop Head will surely find themselves playing on repeat ad nauseum. It’s a highly complex piece dealing with themes such as social inequality, decisions taken to benefit some which lead to the plight of others, and crackles with a sardonic wit often absent from critiques of modern British Society. Lines like ‘We love the place we hate and hate the place we love as well’ and ‘You might find asylum in the asylum that is this island of opportunity, and Europe sucks’ seem to sum up the mixed messages presented to us on a daily basis; the contradictions and uncertainty infusing the streets of our country laid bare, stretched out on the commemorative rack of the last days of the Empire. Apocalyptic, heavy duty stuff, don’t say you weren’t told when he warned you that ‘the black clouds on the horizon, they don’t have a silver lining.’

‘Danny’ is a more personal affair. Stream-of-consciousness verse (‘Before we all had Anvils attached to our limbs/ And we could fly like an arrow from God/ Whistling in the wind) is offset with possible references to awareness of roots, past and culture, reflected in lines like ‘Feel like a white settler through the eyes of Aboriginals’, and a spoken word segment at the beginning in which a protagonist further questions where the narrator is from after being given the answer of ‘Aigburth, near the cricket club.’ The song also contains a truly beautiful couplet in the form of ‘Ooh, I never truly felt my head go gooey/ Except through the beauty of dancing all night to Fela Kuti.’ A hazy sax led musical accompaniment further enhances the floating lilt of the track, a socially conscious anthem for the Beat Generation of the 21st century.

Nelson is one of a clique of solo British Hip Hop artists including Jehst, Logic and Burgundy Blood eschewing the vapid materialism and gangster posturing which blighted much of the Grime scene and creating something new. Impossible to categorise, tricky to describe and even trickier to get hold of. Who knows what will happen next? Maybe he’ll disappear again, sporadically uploading new tracks online. Maybe he’ll make it big. Maybe he’ll visit the Moon. My guess is we’ve not seen the last of Nelson, not by a long way. It’s all part of the Mystery, something which has been lacking in music recently. Let’s face it, our expectations are all in need of a good confounding from time to time.