Home Blogs New Artist of the Day – The Moon Kids 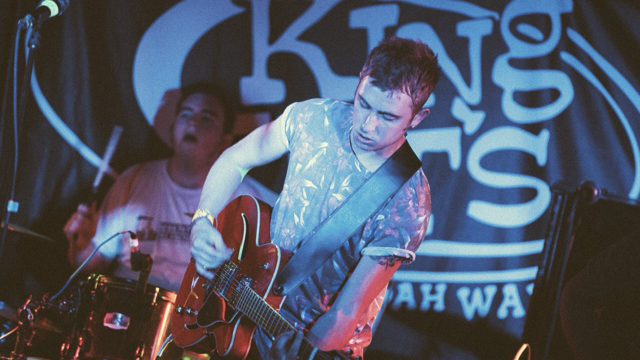 Louder Than War’s Jamie Havlin introduces us to one of Scotland’s most promising new bands.

The Moon Kids hail from Dunfermline in Fife and might just be the finest act from that part of the world to emerge since the Skids and in fact, the frontman of that group, Richard Jobson, can be included in their growing list of fans.

The band have already made something of a splash over the past twelve months, wowing audiences at last year’s T in the Park and Wickerman festivals as well as becoming firm favourites at Glasgow’s legendary King Tut’s venue.

They’ve recently signed with exciting new London label Block 18 Records who have just released their single Strange Thoughts on Sunday, a track that has already earned a Record of the Week accolade on Radio Scotland and been showcased by BBC 6 Music’s Tom Robinson.

Absolutely brimming with jangly pop riffs and catchier than hell choruses, their neon lit guitar sound recalls indie classicists like Cast and The La’s and the band also cite the Beatles, Echo & the Bunnymen, the Sex Pistols and the Skids as influences, as well as taking inspiration from a fellow Scottish band that never received the credit they deserved, the Grim Northern Social.

Singer David Barr likes to describe their music as ‘fairground pop’ and hopes that their songs capture both the thrills and the edgier side of fairgrounds and Strange Thoughts on Sunday certainly strikes me as the perfect accompaniment to a ride on a Waltzer, Ferris Wheel or Carousel.

The Moon Kids have an official site as well as a Facebook page. They can also be followed on Twitter as @TheMoonKids1.