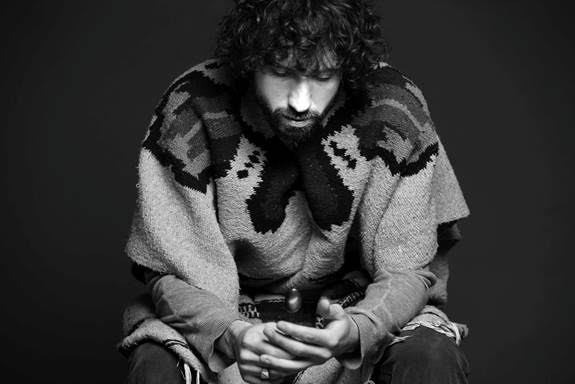 Taking his place in the pantheon of northern troubadours, Micky P Kerr’s sharp social commentary offers an insight in to the life and lives of contemporary England. Fusing together spoken word and comedy, with tongue often planted firmly in cheek, Kerr comes across as the bastard spawn of John Cooper Clarke and post-modernity; poems about Iphones and ironic songs concerning Kerr’s own arrogance litter the singer’s catalogue, whilst an undercurrent of sincerity is never far from his grasp.

Having already earned fans over at XFM and 6Music, it’s clear there’s a musicality in Kerr that reaches far beyond his one-liners and political affiliations, something evident in his most recent release Big Bad City. Articulately described by Kerr himself as a

A heavy subject matter then, for what proves to be quite the light-hearted track and video.

With such light-heartedness used to illustrate Kerr’s points both succinctly and with humour, it goes without saying that there are no Proustian paragraphs or high brow theories with which he baffles and batters his listeners. Instead he opts to paint pictures of the UK as we know it, framing them through his own acute observations and experiences, and not those of the media. The result is an eloquent and often deeply funny foray in to the mind of one of Leeds’ most diverse, and soon to be most most celebrated, musicians.

Big Bad City will be Kerr’s first single since signing to independent label Modern English, and more from him can be found on his personal website: MickyPKerr.co.uk, Facebook and he tweets as: @MickyPKerr.