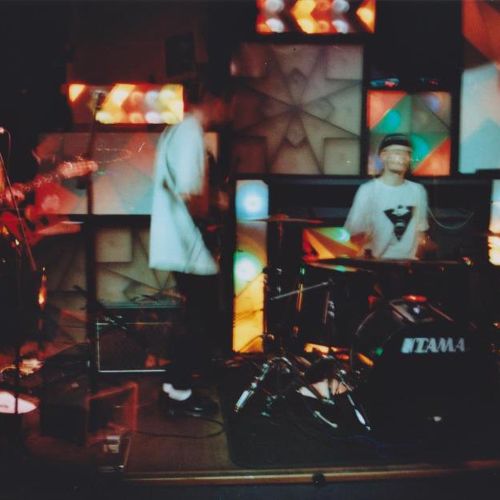 IVORYSERFS Facebook page describes the band as “four Nottingham youths playing spicy indie with flavours of psych and punk, served with creamy, pensive lyrics on a crunchy percussive hip-hop base.” Sounds good? Then read on as Louder Than War’s Stephen Murphy expands on that description.

One of the most frustrating things about being a music fan, is watching a group or musician you love implode because of public indifference, poor record sales and eventual mental breakdown/intra-band fall outs. It’s heartbreaking when it’s a relatively established act you admire – Kitchens of Distinction and The New Fads in the nineties, and The Beta Band in the noughties come to mind – but it’s even sadder when it’s a talented band/artist who haven’t even had a snifter of proper success, and for what ever reason, can’t quite latch onto the teat of wider audience appreciation.

Currently topping this category of unknown bands/artists, that in a sane world would be massive, but maddeningly aren’t, are a Nottingham four piece who go by the inscrutable moniker of IVORYSERFS.

Seeing a young band decide that it’s simply not good enough just to run with the indie herd, and that musical boundaries need to be pushed, and pushed hard, is truly a wonderful thing – and has turned a group with the potential to be ‘really good’ into one that could conceivably be ‘truly great’.

Examples of this new found creative energy can be found in ample supply on last year’s eponymously titled debut EP. Whilst the bounding tunefulness of Great British Weather is still present and correct, IVORYSERFS songs are now infused with with a heightened sense of left field adventurism that brings to mind Radiohead at their most fiendishly creative.

Lockjaw in-particular lingers in the memory, being as it is, the sound of being sucked down the K hole whilst you weep and call for your mother, only to be shat out into a nightmarish wasteland of shattered hopes and broken dreams. An exhilarating/terrifying/mesmerising 4.41 minutes.

It’d be a crying, criminal shame if IVORYSERFS don’t reach a wider audience, because they truly have the potential – in big bastard bucket loads – to be the kind of band that changes lives. Remember, neglect kills more music careers than crack, smack n’ booze combined, so come on people, show Nottingham’s finest undiscovereds that you’re listening!