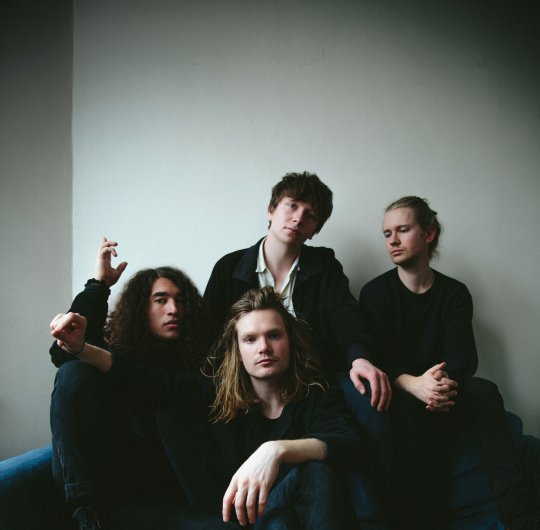 London-based four piece ISLANDS justify the hype with their latest AA side.

With a November headline show at London’s Scala looking like it’s on for a sell out, it’s obvious that London-based quartet ISLAND are on the cusp of a very bright future. Though a band with little behind and everything in front them, last year still saw Stargazer, the lead single from their only EP, enjoy a stint in the Spotify world wide viral charts, something which undoubtedly attributed to April’s sell-out show at London’s Oslo.

Now, with the ball rolling, ISLAND have just released a fresh AA side in the form of Come With Me / Spotless Mind, two tracks that, while harbouring different aesthetics, justify the buzz that’s surrounding the band completely.

Spotless Mind is four minutes of staggeringly emotive indie rock, mounting steadily towards a huge, euphoric chorus; Rollo Doherty’s distinct vocal timbre the providing an edge to the otherwise glossy production. Easily finding the balance between fragile melody and hugely encompassing anthemics, it feels like a natural progression from the aforementioned Stargazer and is staggering in its ambition.

Conversely, Come With Me eschews the anthemics in favour of blissed out tropi-pop. Entrenched in deep bass grooves and liquid guitar lines, it’s more understated than its flipside, and as result oozes an effortless and easygoing cool.

Though both tracks embody different aesthetics, what links them is a deft musicality and understanding between the four musicians that make up ISLAND. Though armed with little more than an EP and a AA side, it’s highly likely you’ll be hearing a lot more from them over the coming months.

You can catch Island at one of the following dates: