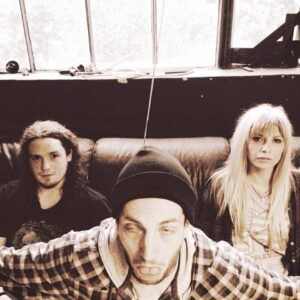 Louder than war’s Ioan Humphreys has a listen to ILSER and is suitable blown away.

From the outset, this band are ‘grungy’ in the most 1992 way possible. However, this lazy comparison is no way a criticism. In fact, it’s very welcoming from a reviewer that lived this episode in rock with eyes and ears open to anything or anyone who made a bloody great melodic racket that I could listen to whilst kissing girls.

With ILSER you get this in spades, but you also get a math rock influence which brings it very much up to the 21st century. Not that this completely takes over. LJ has plenty of sludge rock moments that The Melvins would be proud of (including some nice call and response vocals)

ILSER even throw in a full on metal solo that again invokes Melvins comparisons, but again, not in a bad way. Their feet are firmly planted in the now, but with some nice influences that in time will inform and influence the band in a positive way.

And then suddenly the 4.30 minutes are over? How the hell did that happen? That is the fastest 4.30 I have had since kissing girls in the 90s! :-( ISLER are faster than you think! Nice!