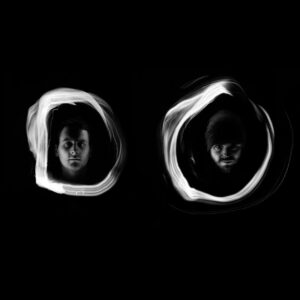 HCBP, the adreneline fuelled blues noise from half of HECK.

Haggard Cat Bothday Present are a two piece from Nottingham, who play noisy full-throttle blues that tears from the PA, making you feel like you’re in a Delta blueshouse that has been napalmed with Amphetamines.

HCBP features Tom Marsh on Drums, and Matt Reynolds* on vocals/guitar, names you may recognise from the infamously destructive hardcore band ‘HECK’. The two bands are similar in personnel and attitude, there’s no need to cower at a HCBP gig, there aren’t any flying limbs or tables, but the passion and energy are just as intense.

The band have just finished recording their second album, their first since deciding to make HCBP a ‘proper’ band. You can get their debut, ‘Charger’, from their HCBP Bandcamp page as a free download. They will also be playing lots more gigs to support the album, so keep an eye out and get yourselves down to one!

You can find out more about HCBP at their Facebook page.

*Matt Reynolds, in an act of benevolent lunacy, is later this month to undertake a ’24 hour ping-pong’ charity match with all money to raised going to the Macmillan Cancer Charity. If you feel inclined to donate, you can do on their Just Giving fundraising page.

All words by Christopher Lloyd.

You can find more writing by Christopher at his author’s archive.