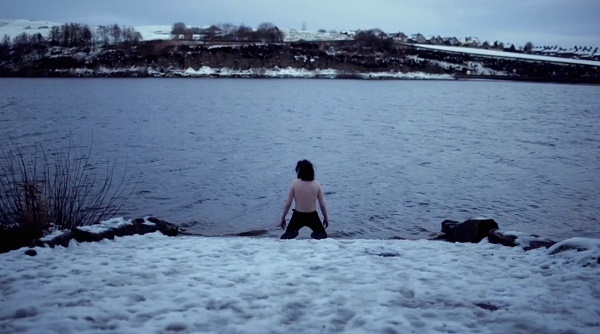 Dave Beech introduces us to the latest Manchester band we at Louder Than War are tipping for greatness. Going by the name Hartheim they offer something a bit different to their local contemporaries and forbears – as good a reason as any for you to check them out ASAP.

Like many of Manchester’s more atypical acts, Hartheim, were formed in the dank dilapidation of the now-infamous SWAYS bunker, following in the footsteps of the likes of MONEY and PINS to name just two of the label’s alumni. Indeed, much like their previous labelmates, Hartheim’s music is a far cry from typical ideas about Manchester; the band are far more interested in exploring the human condition and its complicated emotions than chronicling the mundane like many of the more generic acts on offer within the city.

It comes as little surprise then, that their most recent single, When Did Your Last Rose Die, takes an introspective look at “the down-spiralling correlation between passion and age; detailing the initial throws of young, boundless lust, and the slow descent into middle-aged hatred”. It’s not a track to soundtrack a typical Saturday night in Manchester, but then Hartheim aren’t your typical band.

Much like MONEY before them, the band’s sound is built around spacial awareness, and in When Did Your Last Rose Die in particular, it progresses at a glacial pace; the guitars and steady percussion serving to create an expansiveness in which the vocals and synth are really brought to the fore. Such is the narrative of the track that the instrumentation and compostion, as uplifting and anthemic as they are, soon find themselves juxtaposed against the stark realities of the lyricism.

Having already earned lofty praise from the likes of 6Music and NME last year, it really does seem that Hartheim are the next band to graduate from the industrial confines of the SWAYS bunker, whilst serving as yet another example of why Manchester’s music scene isn’t just built around carbon copies of what already has been.

Harthem play the Soup Kitchen in what’s to be their first ever headline show on April 8th. More details of which can be found here. You can also follow them on Twitter: @WeAreHartheim.