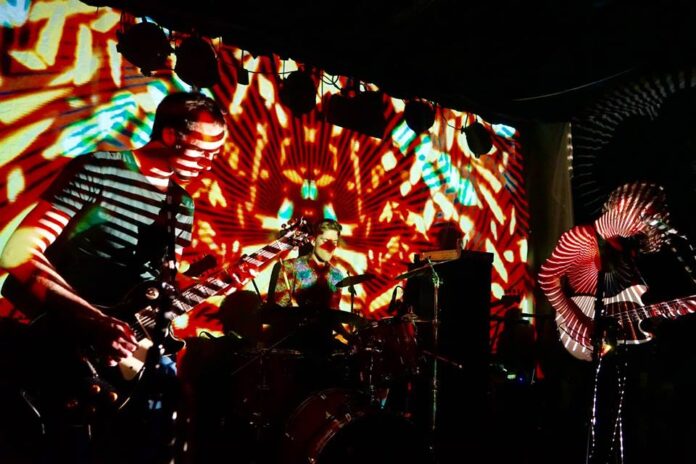 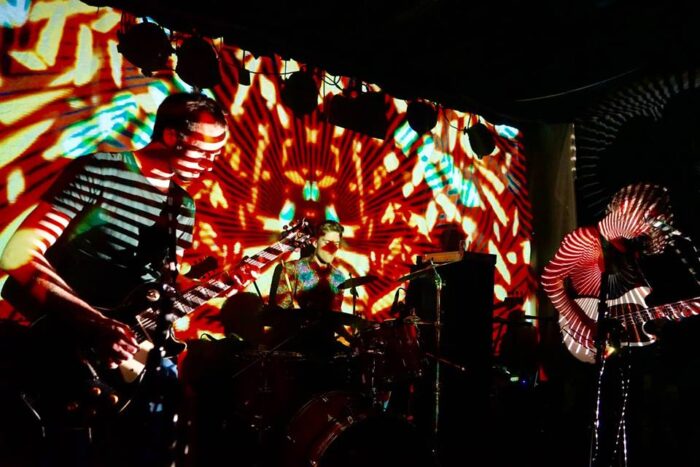 Ham Legion are a Brighton trio describing themselves as ‘psychedelic prog-pop’. To be fair, that just scratches the surface and doesn’t do them justice. They’re positively madcap.

Oozing with energy and a billion ideas (many of which will appear in just one track) they combine alternative pop sensibility with outbursts of metal and forays into mysticism and downright bonkersness.

Often breaking into instrumental breaks from each member, their tunes also knit together some great melodies. Take the track It’s Winnie from their Hexes And Stew EP for instance, a lovely blend of gentle pop knitted together with raw guitars and the odd out of place note which almost becomes characteristic.

Dunce’s Cap from the same EP also captures the bands willingness to experiment as several styles blend (almost) seamlessly to make a mammoth track of several parts. It worked for Queen so why not Ham Legion? We can only dream.

‘Unconventional’ may be the word that most aptly describes the band and why not. Nothing comes from treading water and they certainly don’t do that. Renege from the Counting To Ten EP verges on grunge metal several times but also combines a melodious quality which is both refreshing and powerful.

Don’t be misled, they aren’t for everyone but it’s nice to see someone doing something so different that we can dare to call them original perhaps in the same way that Ashley Reakes rips it up and spits it back out again. If you want a bit of aggression, muscle and the occasional affectionate hook then they might be right up your street, if you want blandness then forget it.

Ham Legion are on Soundcloud at soundcloud.com/hamlegion and on Bandcamp at ham-legion.bandcamp.com. The can also be liked on Facebook.