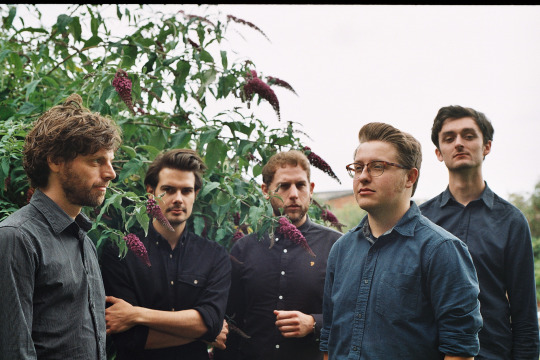 ‘Love Is’ by Liverpool’s ‘Etches’ starts out with edgy drum time signatures that immediately set them aside from your usual nostalgia tinged act. The nice guitar harmonization, along with the great vocals manages to get under your skin like a little 80s obsessed parasite and suddenly you are up and dancing to its infectious electronic and post punk guitar stabs.

This single doesn’t go where you expect it to go and that unpredictability is what enamors me to Etches. The chorus (only once) crescendos to an unmistakable Tears for Fearsesque coda that send shivers to be honest.

‘Love Is’ is subtle, quick to the point and easy on the ear. I am not a lover of 80s ‘pop’ music and tend to be drawn to the more unusual post punk sounds that were stifled around those times. However, if there were some ‘pop’ acts that I would chose were my favourites, then OMD and Tears for Fears would be ones I can stand. And that my friends, is where Etches comes in. They have the pop sensibilities, but they also have the edge that sets them apart from the other 80s tinged nostalgia acts around these days. This single hints that anyway.

With a UK tour underway and further new material in the pipeline, the five-piece are set for a busy few months with focus on the band sure to intensify.

’ETCHES’ ‘Love Is’ was released on 14th April via Playing With Sound and will be available to purchase on iTunes and Spotify.