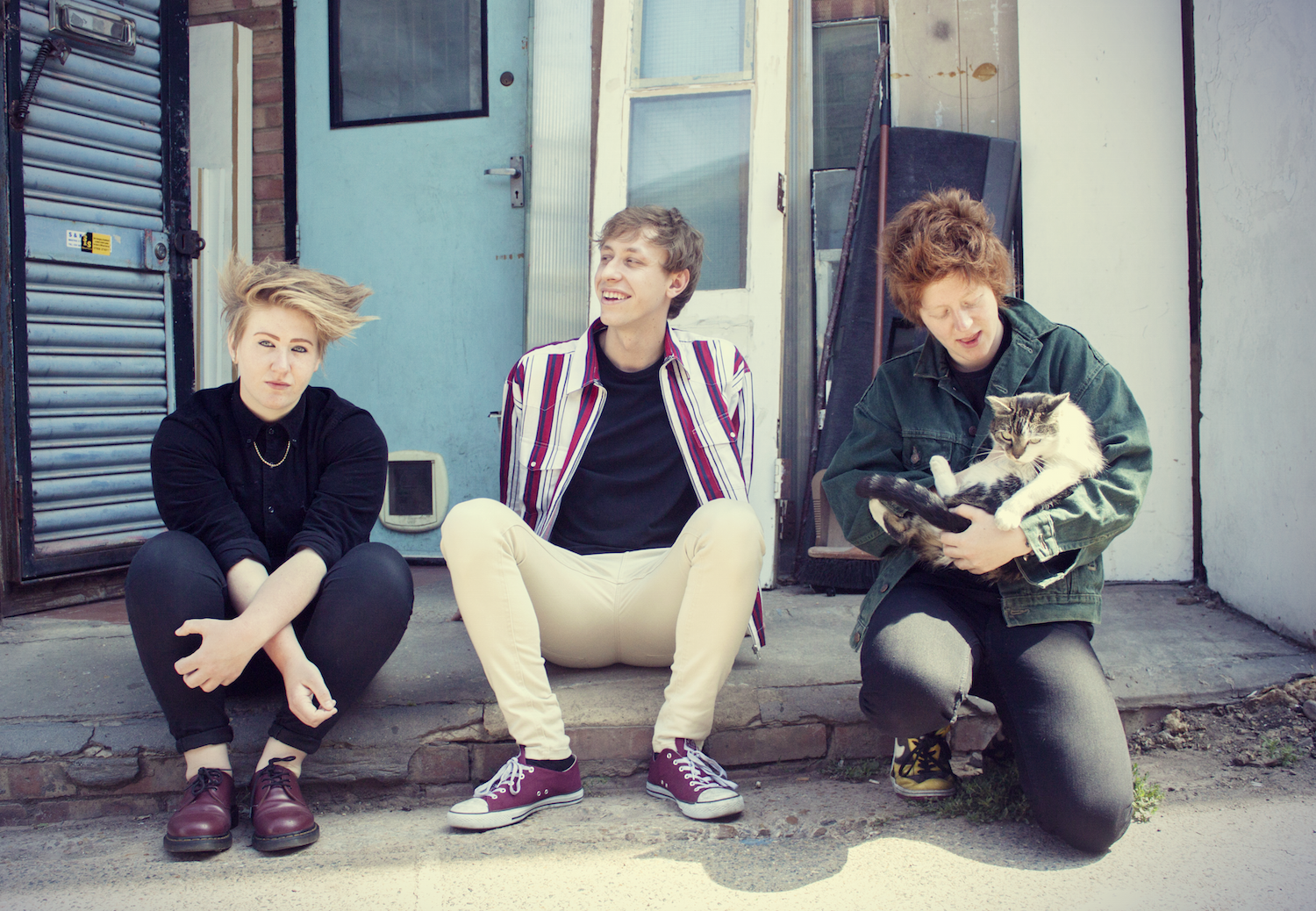 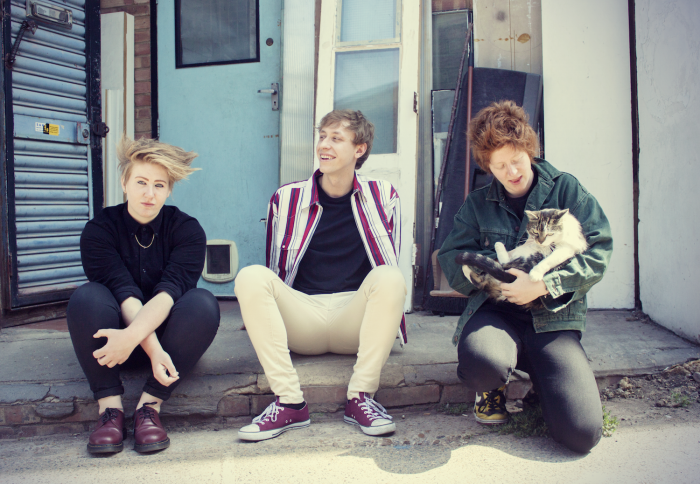 Having formed a little under a year ago, East London art pop trio Playing House have wasted no time in getting the ball rolling. A slew of early shows beginning late last Summer saw the band garnering important early support, something bolstered further by the release of their single New Haircut last month.

Taking influence from the likes of Talking Heads and Everything Everything, Playing House’s idiosyncratic brand of pop subverts the genre’s bubblegum tendencies and focuses instead on “birth, death, anxiety, growing and isolation.” Not your usual Top 40 fare.

With their debut EP on the horizon, the release of which will see the band take to Birthday’s for a release party on April 13th, we asked Playing House to compile a playlist of tracks that influence them. You can stream it below:

1. Talking Heads – Life During Wartime (Live)
If we had to pick any band we loved the most it would probably be Talking Heads. They make you experience pop music in a completely different way and we love how the essence of the song is so intelligent and so complex yet it remains so infectious and accessible. One of the first things we did when we started to work together was watch Stop Making Sense, everything about the performance and the music is so playful. We take a lot of inspiration from that outlook.

2. Elvis Costello & The Attractions – Pump It Up
We chose this track because it’s such a great example of a ‘band’ song. All the parts, music and lyrics are designed specifically for the vibe and not for individual musicianship, there’s nothing in there that doesn’t need to be and no one part works without the other. We take that attitude a lot in our writing, keeping things stripped back and vital and not over complicating the music side of things, we always want the song to come first over any production or instrumentation.

Mel’s choice
3. Red Rat – Tight Up Skirt
My dad used to run dances and I have huge memories listening to reggae and dancehall pretty much all the time when I was growing up. My mum was massively into Bowie, Zappa and Genesis so my influences are a huge mix. I never really consciously considered myself influenced by dancehall and thought it was more the songwriters I grew up on. But when we’re writing, I find myself drawing from it time and time again and reflecting in things like our vocal rhythm, phrasing and timing. It’s massively subconscious but I don’t think our style would be the same without it.

4. Flock Of Seagulls – I Ran
Firstly, this is a regular heckle the girls get because of our hair. This is another example of how such a simple song can be so interesting. We love the melancholy and anxiety under the light 80s guitar and synth that really came through in the 80s. There’s a real nice mix between the organic and electronic elements to the song too, something we take into consideration a lot when writing synth into our songs. We don’t ever want to be a synth pop band or lead/limited by it. Great hair.

5. David Bowie – 1984/Dodo (Floor Show version)
Bowie’s music is especially important to us as he made pop interesting more than anyone else ever has. We all grew up listening to Bowie and understanding that pop music can be playful and important and isn’t something disposable. We’ve chosen this Floor Show version especially as I remember being 9 or 10 and my mum putting on a video and I just knew then that there was this incredible art out there that could be stretched and played with.

6. Izzy’s choice
The Beach Boys – I Can Hear Music
I love the harmonies, I love the yearning, searching melody, and most of all I love the almost melancholy tinge to this lyrically happy song. I remember hearing it when I was about 9 years old and just having to listen to it over and over again. When I was 9, I thought the song was about hearing music all the time, and that’s why I liked it; now, I realise it’s actually a simple love song, and I like it all the more for it. Vocal harmonies have always been an important aspect of performance for me, and I think this is where it all started, as well as that constant search for the sweetest melody – I’m still looking for one as good as this.

7. Sister Sledge – Thinking Of You
This is our pre gig/post gig/anytime dance song. It’s so perfect.

8. Kill’s choice
Police – Bring On The Night
Discovering the Police in my teens made me love the guitar and how it can shape a song. The cascading riff, tense intro and stuttering solo carry so much feeling whilst being understated, repressed even, like there’s a ball of frustration trying to burst out of the song. Bring on the night showed me how the music of a song can say just as much as its lyrics, and I think that’s something we are always considering.

9. Preatures – Is This How You Feel?
We heard this track a while ago and literally didn’t listen to anything else for weeks. It’s perfect addictive pop with tension and huge choruses. We saw them live last year in Camden. The girl does cartwheels between verses. That’s not something we’re taking on board right now but you know, the thought is there. They deserve to be a lot bigger this year.

10. St Lucia – Wait for Love
The same happened with this song, the prechorus especially is so strong. It’s a section that gets ignored so much in pop music and seems really rare at the moment. It’s just such thoughtful songwriting to make every section get better and better throughout the song and keeping it interesting. We can’t wait for the new record and will be seeing them in May.