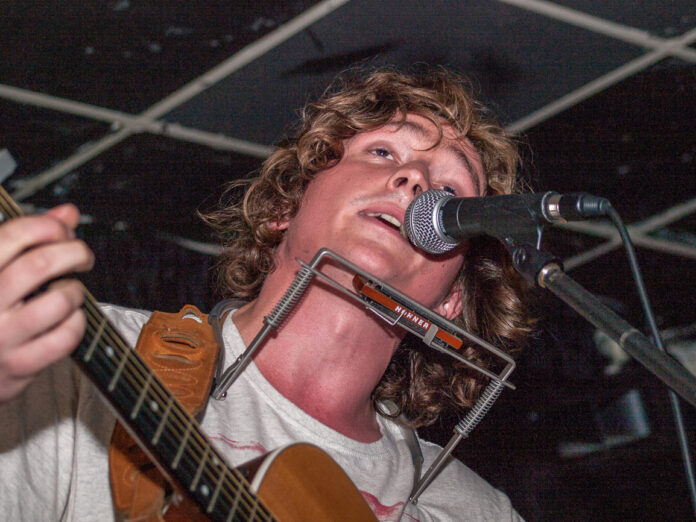 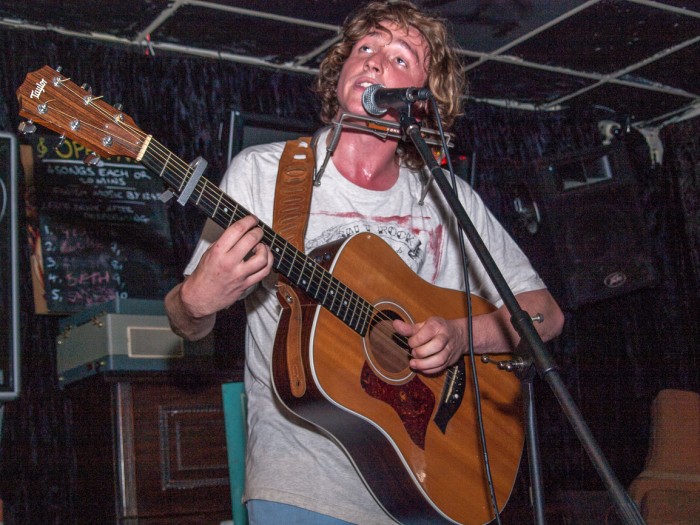 Alan Ewert uses his first article for Louder Than War to introduce us to young indie folk artist Drew Allen.

Drew Allen is a young man in a hurry. He gave up a prosperous and exciting career with the McLaren Formula One team to pursue a career in music.

Drew first picked up a guitar aged just eight and cut his teeth “devouring the tabs from Bob Dylan chord books.”    Allen’s music reflects an impeccable musical education, doubtless steeped in early exposure to the greats.   Elements of Bob Dylan and Neil Young bleed through when he plays and sings.

Drew Allen is a prolific writer, he tells me that he has enough songs in the locker to fill three or four albums, and his songwriting is a gift.  His songs are beautifully crafted and in the tradition of the masters he paints pictures with his words and music.  First and foremost Allen is a storyteller and he has that unique gift that means you live the story right alongside him when you listen to his songs.

Allen’s debut album ‘Sydney Afternoon’ was released at the back end of 2013 and consists of 10 beautifully crafted songs.  It is accessible from first to last and opening track ‘Whistling Tunes” is a cracker.  The Dylanesque strumming pattern on the guitar combined with the little arpeggio’s give the song a really catchy feel and by the time the harmonica kicks in at the end you are already hooked.

The third track ‘3rd Time Prosperous’ hits you with a sledgehammer of imagery, the sort of imagery that transports you to ‘Blonde on Blonde’ era Dylan.   There is a lovely version of this song on Allen’s recently released live EP ‘The Windsor Waltz’ which was recorded at The Bournemouth International Centre’s Windsor Hall when Allen supported James Blunt at a sell out show last November. 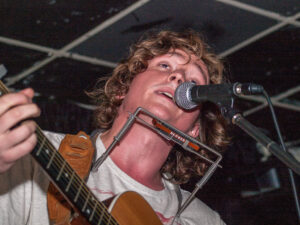 Drew is blessed with a unique voice, he has the slightly husky gravelly sound and the timing and phrasing of a young Dylan combined with the slightly higher pitched sound of Neil Young. There are elements of the highly regarded Jake Bugg in Allen’s vocal too.

Don’t make the mistake of thinking that makes some kind of attempt to imitate the greats though, that is far from the case.  Allen is fresh and relevant his story telling ability combined with passion and technical excellence put Allen into a distinctive folk-blues place rarely held by younger artists.

In the live arena Allen performs with energy and intensity rarely heard these days.  This comes over beautifully on the live EP.  You can feel Allen’s excitement at playing in front of such a large audience.  He is an engaging and exciting live performer.

Allen is currently using two electro-acoustic guitars, a Taylor and a Martin.  The Taylor has a beautifully rich tone that comes over really well on ‘Caught Up In Aries Virtue’ on “Windsor Waltz.”

The Martin is used mainly when Drew introduces some slide work into his playing, for example on the live version of ‘Only Just Begun.’  Allen introduces some delightfully experimental playing into his slide work with a slide on his ring finger he also has great hand speed and is very accurate when he is picking or playing riffs.

Drew is an outstanding songwriter and technically excellent.  He is a prolific writer and an engaging performer.   There are no gimmicks, no tricks just great songs sung and played beautifully with passion and belief.  When you are this good what more do you need?

Drew Allen has all the tools he needs for a very successful music career. He now just needs a break, a bit of luck.  I hope that his gig supporting James Blunt and festival appearances he has lined up for this summer will give him exposure and the break that his talent deserves.

All words by Alan Ewert. This is Alan’s first article for Louder Than War.