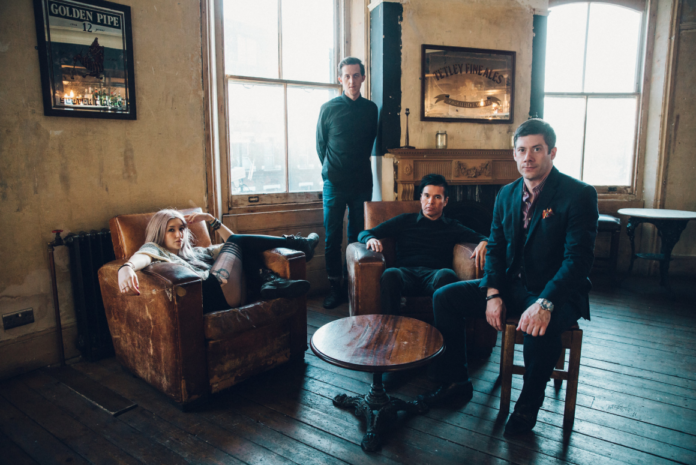 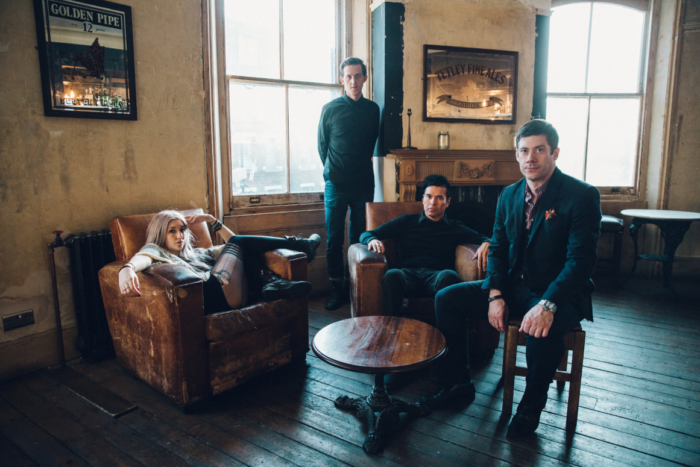 Following on from our live review earlier in the year, Louder Than War’s Dave Beech chats to Carré Callaway, front-woman of Louder Than War favourites Queen Kwong.

Having been discovered by Trent Reznor, LA’s Queen Kwong, otherwise known as Carré Callaway, is fast making a name for herself as one of the most visceral performers around. The band, whose members include Limp Bizkit’s Wes Borland on guitar as well as former members of Marylin Manson and AWOL Nation, performed a sold out four show residency in London earlier in the year, which, when coupled with regular airplay on Radio 1, has allowed the band to build a solid reputation even before they’ve released an album. All that looks set to change change however, as Queen Kwong are scheduled to release their debut album Get A Witness on the 28th August as well as appearances at this year’s Reading and Leeds festival in support of the release.

With that in mind, we caught up with Carré to find out a little more about the band.

Louder Than War: Hi Carré , thanks for taking the time to answer our questions. Could you tell us a bit about Queen Kwong please?

You’ve recently released your single Cold Daggers, what have the reactions to it been like?

Reactions have been across the board but everyone seems to have a strong reaction to it whether positive or negative. It’s an aggressive song and not everyone is into it and I released it with a pretty intense music video that not everyone is into. But I think it’s a great first single to release because it sets the tone for the record which is pretty polarizing.

It’s sultry, sleazy and psychedelic, a sound quite typical of Queen Kwong. Who are some of your biggest influences?

I believe there’s a debut album due in the not-so-distant future. What can you tell us about that?

It’s out at the end of August around the time we play Reading/Leeds. It’s kind of a concept record in a way. Joe Cardamone (from The Icarus Line) produced it and wrote it with me. The two of us play everything on the record and we recorded about a song a day. It was all improvised, nothing was pre-written. I didn’t do more than a couple vocal takes per song. All of the lyrics were free-styled. It’s an extremely personal and meaningful record to me and represents a really emotional time in my life. But it also really represents the energy in my live show and it’s the first recordings I’ve ever made that do that.

Back in February you performed a four-night residency in London. How was that for you?

How do you find British crowds compared to those in the States? Are there any glaring differences?

British crowds are leaps and bounds better than those in the States. I love all my fans and supporters but something about my music really clicks with people in the UK. Nobody there is afraid of the balls-to-the-wall aspect of my shows and instead of shying away from me, the crowds in the UK gravitate towards me.

Similarly, you’ve played The Great Escape and been announced for Reading and Leeds as well. Are UK Festivals any different from their State-side counterparts?

Finally, once the album is released towards the end of summer, what can we expect from the band as we go in to the latter half of the year?

We are going to tour as much as possible through the end of the year. Another US tour is in the works as well as a return to the UK and Europe this winter.