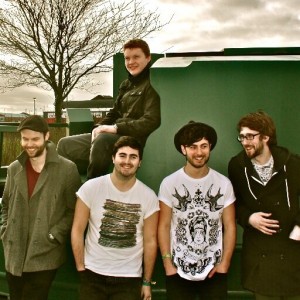 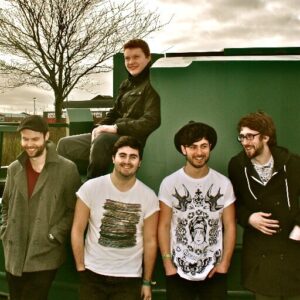 Originally formed in Leeds in late 2013 but now based in mighty Manchester, the quintet Circus Wolves seem to be full of multiple styles. Combining to make an indie pop sound that revels in life and power they are skilled at writing songs of an anthemic quality.

Adoration from their recent Annie Baby EP begins with classic Nintendo sounds distorted before the crashing melody enters. Sounding like a cross between The Killers (before they went a bit rubbish) and Stereophonics, the track is as catchy as anything that enters the charts nowadays. If it was performed by either Kelly Jones and his band or Manic Street Preachers, you can bet it would be a hit.

In essence, there’s nothing incredibly new about the band, they take influences from many angles and re-arrange them to decent enough songs. There’s also a hint of an incredibly high-pitched singing note on several tracks such as Hardly Cupid from the same EP. A song rooted in folk-rock with a trip-hop drum beat it has hints of late 80s ‘should have beens’ The Big Dish, although one suspects that Circus Wolves weren’t even glints in their parents’ eyes at the time.

With the growing trend of harking back to the indie sounds of 25 years ago there may just be an opportunity for Circus Wolves to shine. They’ll fit in well if they can keep the quality of their songs as high and their heads on their shoulders.

Circus Wolves are on Soundcloud at soundcloud.com/circus-wolves. They can be followed on Twitter as @TheCircusWolves and liked on Facebook.