Home Music Bands New Artist of the Day: We Catch Up With Multi-Talented London-Based Artist... 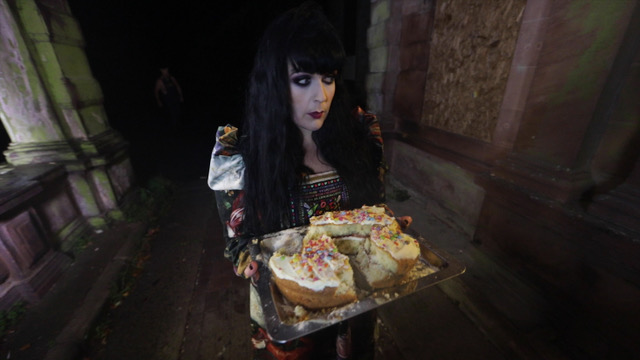 Designer, artist, musician, storyteller, we catch up with London-based BROCARDE.

Hey Brocarde, thanks for taking the time to answer our questions, how’s it going?

Thank you for taking time to ask me questions. I’m good thank you.

You’ve just released your new single Last Supper. What have the reactions been like so far?

It’s had some great support from some lovely people and I’m really grateful for that. I’d been keeping it under wraps for a while, trying to find the right time, and I was apprehensive of putting myself out there. When you create something you’re almost in a bubble, you have people around you who understand you and love what you’re doing and that’s a luxury, when you release it into the big wide world you almost forget that people don’t know you, everything’s open to interpretation, you’re introducing yourself to people for the first time, you may get love, you may get hate, you may get people who don’t give a fuck and you’ll almost certainly get misunderstood. As an artist I can’t control any of those things, all I can control is what I create and what I divulge as a representation of myself.

It seems like a much bigger piece of art than the track/video alone, with you also releasing an accompanying clothing line and photography book, what’s the story behind it all?

I’m an all or nothing person. I’ve designed clothing for a long time, but previously, there’s been a disconnect between who I am as an performer and who I am as a designer, it always felt like I was trying to build two brands, which created a discord and I almost became my own conflict of interest. I had the idea to put my poetry and lyrics onto clothing which immediately combined everything I love doing. I’m quite a visual person, I like telling stories with words and images so I thought those stories could be told in several different ways, in video format as a cinematic horror clip, in stitches on garments, in the words and notes of a song and on paper as a photography book. An assault on most of the senses, although you can’t smell me and don’t you dare touch me!!! (haha)

How did you come up with the concept behind the track and did that concept shift or change much over the course of it coming to fruition?

The concept was there from the onset, as soon as I wrote the lyrics and melody, there was a virtual storyboard in my head. I wrote Last Supper a few years ago, it marked the end of an era for me, it felt like my last indulgence into a topic that had been so predominate for me, celebrity culture and popular culture. I had this overwhelming sense of not belonging, almost like I did when I was at school, I’d created this world that I no longer fitted into. I didn’t know whether I was lost or found, but I wanted to start again and I had a lot to get off my chest, it was strangely liberating. Starting with an end and capturing beginnings.

Story telling has always been at the heart of what you do, did you find that metal was an easy genre within which to tell your stories, or have you come up against any setbacks that might not have arisen within a genre stepped in traditional story-telling like folk or country music?

Most of the stories I want to tell have an angst and a grit to them, an underlying frustration and an aggressive notion of passion. My mind is frantic and dramatic, I love metal and rock music and those heavy dark sounds, marry well with what I want to say. I’m not sure if there have been any setbacks, but regardless, I couldn’t just change who I am and what I like, I’m not really a lover of what’s typical or traditional and I don’t think anyone has to be limited to what’s expected, diversity and difference should always be celebrated.

You used to design jewellery but became disillusioned with it and changed career. How does making music compare to creating jewellery?

I’ve been writing music and performing since I’ve been a young, long before I started making jewellery. Initially I started making jewellery as part of my stage outfits, so in the beginning that too was a form of creative expression. Making music is everything, from the really early stages of writing a song, when it’s just me and my thoughts and a notebook, to transforming it into something people can watch and hopefully connect with, it’s a really satisfying process and something making jewellery could never come close to.

Do you think there’s part of you that will always need to be designing something ? Hence the clothing label and such?

As long as I have inspiration I will, I need a constant creative outlet and unless I surrender myself to nudity, I will always have a need for clothing, I’d prefer my clothing to be something I’ve created.

With the single and its accompanying work now behind you, what can we expect from Brocarde as we go into the second half of 2019?

Expect nothing, that’s the key to never being disappointed!… Now that Last Supper is out there, I’m looking ahead to my second single. I’m just about to film the music video, which is pushing me way out of my comfort zone, I look forward to sharing it with you.