Home Music New Artist Of The Day: The Carnaby’s 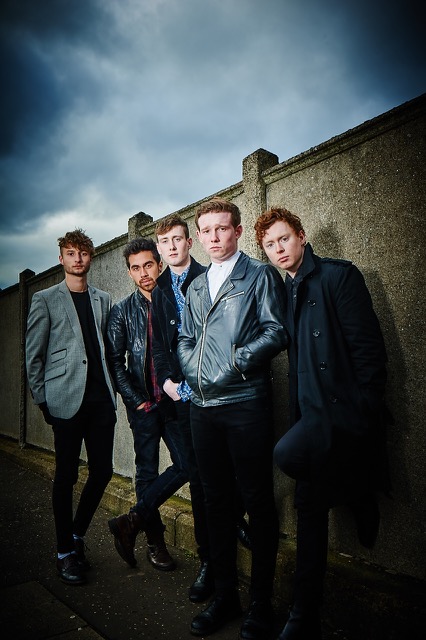 With over half a million hits on Vevo and Youtube, critically acclaimed as ‘one of the best support acts ever’ and a snowballing live-fanbase across Europe, British band, The Carnabys, announce the release of their new single, ‘Peaches and Bleach’ on March 25, with an album hot on its heels in August. With a string of tour and festival dates soon to be announced, The Carnabys are quite literally teetering on the verge of being the biggest new act to explode onto the music scene this year.

The Carnabys are: Ben Gittins, Mike Delizo, Jack Mercer, Frankie Connolly and James Morgan. An outstanding 5-piece British band from South West London who catapulted onto the industry stage when they beat over 12,000 global artists to win ‘Hard Rock Rising 2013’. The process saw them face two live judging panels of industry experts, including Steve Van Zandt from Bruce Springsteen’s E Street Band and Phil Manzanera from Roxy Music, to win their final accolade to support Bruce Springsteen at Hard Rock Calling 2013. Since then the boys have been on a collision course to world success as they sell out gigs all over London including venues such as KOKO, Garage The Borderline and The Jazz Café. They’ve also performed to hundreds of thousands of fans as they’ve shared the stage with the likes of Lenny Kravitz, Kings Of Leon, Fratellis, Palma Violets, Bruce Springsteen and Patti Smith. So it’s no surprise that they’re being hailed by the likes of Blondie as one of the best support bands they’ve seen in years.

Their new single, ‘Peaches and Bleach’, is a bold, punchy, charismatic exploration of music at it’s absolute best. An original penning and performance by the band, ‘Peaches and Bleach’ describes the paradox of ‘perfect’. It depicts something that has been worked on, near to perfection, whether that be a relationship or a work of art, and which has become a thing of perfect beauty. Then, someone comes along and tries to add to it to help in some way, and fucks it all up – hence the title of ‘Peaches and Bleach’.

The Carnabys new single ‘Peaches and Bleach’ is released on 25 March.

The Carnabys new album is scheduled for release in August 2016.