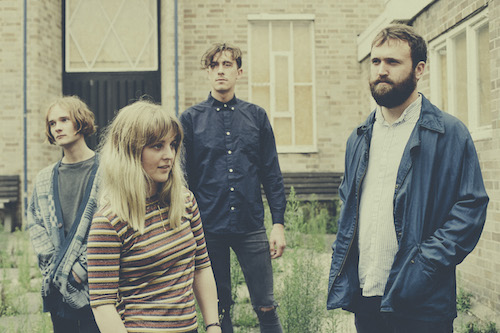 Our new bands editor Dave Beech introduces to Thyla, one of Brighton’s most promising outfits.

Harboring a nuanced elegance that belies the band’s short time together, Brighton’s Thyla are one of the new guard of British bands that take their influence from ’90s. And while they might well have been tarred with the grunge label early on, those tracks available online are a far cry from the weight and angst we’ve come to associate with the genre.

In fact, I’d even go so far as to say that the band aren’t really grunge at all. Yes there’s a quiet melancholy that throbs throughout each track. But there’s also a sophistication present that goes against almost everything we assume about the genre. Take most recent single Us and Them for instance, a track “about taking control of our lives, making our own decisions & not conforming to archaic capitalist paradigms.” It’s a sentiment that has plenty in common with punk, and grunge was also particularly anti-establishment. But it’s here the similarities end.“We’re all disillusioned with government and politics but also past complaining about it. Peace and love sums it up.”

It’s this that sets Thyla apart from their contemporaries. They’re not just another pissed off rock band. They’re articulate, refined even; all qualities which make the prospect of them going into the studio early next year, all the more exciting. “We’re heading back into the studio late January to record two new tracks, we still have follow up single Car Crash’ which is being released also late January.” Having spent the majority of their time honing their sound in a live environment, a stream of releases is both welcome and needed. “The main aim for 2016 is to get our music heard by as many people as possible. We all share a desire to get gigging out of Brighton and around the country, we’re so ready to smash it live!”. Confident words, but as far as bands go Thyla have reason to be confident, and with a handful of new tracks at their disposal, it seems 2016 might very well be the year they make a name for themselves.