Home Music Bands New Artist of the Day: BLOOMS Inject Some Much Needed Colour In... 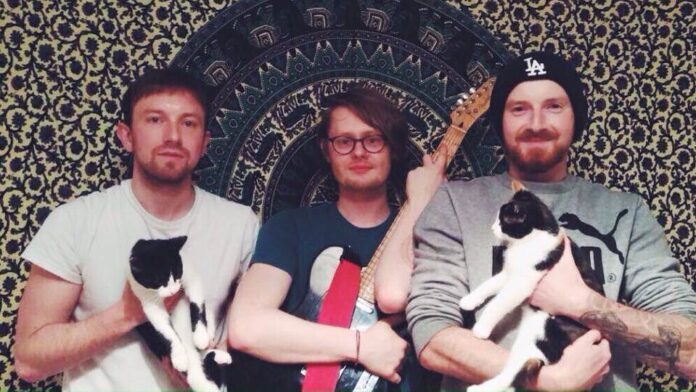 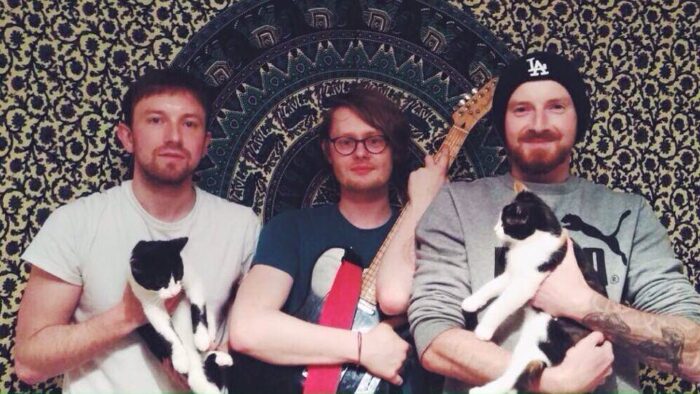 The fact the city has little in the way of a beach matters not for Mancunian surf-poppers BLOOMS.

As far as musical cities go, Manchester is arguably one of the world’s most famous. This is something which in recent years, has proved to be a double-edged sword for the city’s musical output. Far too many bands these days are preoccupied with reliving the heady days of the ’90s, appropriating the baggy aesthetic in order to leave their mark within the burgeoning pages of Manchester’s musical legacy. But for those bands who haven’t grown up in the city, its history is far less intoxicating, allowing for individuality and integrity both to bleed through their work.

One band who are making waves in the city at the moment are BLOOMS a three piece originally from the Midlands who are making sun-kissed and reverb-happy slacker pop with equal measures of charm and indifference. The perfect antithesis to the coke-hungry, leather clad lad rock that’s often found knocking about the Northern Quarter, Blooms are making music that feels genuine, and made out of passion rather than aspiration.

With only one song available online at the moment, we grabbed the lads for a few questions in order to find a little more about them.

Louder Than War: Hi guys, thanks for answering our questions. First of all, could you introduce yourselves and tell us a bit about the band?

Blooms: We consist of two brothers and an honorary one. Our mums used to sing in a church choir together and we used to watch Spice Girls videos in my front room.

You’re not from Manchester originally, so what was it that drew you to the city?

We grew up in a West Midlands town called Telford, where the music scene isn’t exactly expansive except for a handful of bands. It’s sort of chance that we all ended up here together, even though Mark and Tim are brothers.

Your track ‘Waves’ has been online for a while now and people seem particularly taken by it. What’s the story behind it?

Basically the push and pull of having feelings for someone you don’t generally like as a person. Weird state of mind to be in. The crescendo riff is one of the first things I ever wrote on the guitar that wasn’t a crappy teenager bedroom song, and the way it rises to the end of the song seemed to fit the lyrics of the song, so I finally got to use it.

There’s new music on the horizon too. What can we expect from that?

We’ve just recorded 4 tracks at Strangeway Studios and Spirit Studios. We plan to release the first very soon. We’re surprised we’ve got this far with just a demo online to be honest. Really really can’t wait to get them out into the wild.

Whilst your sound isn’t ‘typically Manchester’, it’s got a lot in common with a growing number of acts from the city. Do you think this is the beginnings of a different side to Manchester’s musical identity?

I think Manchester has been moving on from the Madchester sound for a while. You still get the odd Gallagher wannabe, but Manchester hosts such diverse, great bands at the moment. There’s pretty much always a good show on any day of the week. I’m glad there’s not just one sound being represented currently.

You’ve played with a fair few of the city’s up-and-coming acts. Who, in your opinion, should our readers be keeping an eye out for?

And finally, as we go in to 2016, what can we expect from Blooms in the coming months?

We’re going on a mini tour in February with Scruff of the Neck Records, releasing songs every couple of months and releasing a split 7″ with Elle Mary. Also fizzy fruit drink inspired merch…