Home Music Bands New Artist of the Day: The 99 Degree 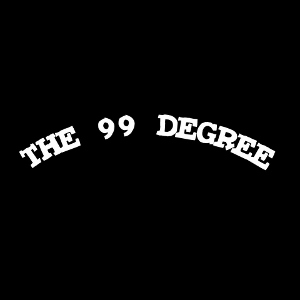 Hailing from Manchester, Rochdale and Burnley, The 99 Degree wear their influences emblazoned across their hearts. The 1950’s surf/ spaghetti western guitar sound permeates the tracks making their way tentatively onto Soundcloud as the band develop their distinctive take on contemporary music.

The band, Joe Sartini on vocals, Phil Turner on guitar and backing vocals, Paul Fetherstone on bass and Craig Trickett on drums and backing vocals, have been together since 2014 and have been making a name for themselves on the Manchester scene.  When The Locals, the band Joe and Paul were with, split up and Craig was enticed back from London, The 99 Degree began to take shape. Playing a gig after only 4 practice sessions, the band gelled from the outset. Since then, The 99 Degree have played steadily around the Manchester pub and club circuit, gathering a fan base for their distinctive sound.

Keen not to sound like just another Oasis-wannabe band, The 99 Degree have drawn on influences as broad as The Cramps, The La’s, The Country Teasers, The Doors and Johnny Cash, with lashings of Beefheart rhythms, Spaghetti Western moodiness and general Rockabilly sensibility. Throw Hip Hop, Surf, Merseybeat and 1960’s Garage Rock into the mix and you have some idea where the band look to in terms of style. If that kaleidoscope seems more mishmash than anything coherent, then contemporary sources have likened the band to The Growlers, The Fat White Family and The Cramps, making their avoidance of mainstream indie apparent.

With a number of gigs already lined up for 2016, and ‘Dead or Alive’ currently released as a promotional track on You Tube, the band seem set to bring their distinctive sound to the wider world this year. With around 30 songs from the band already nearing completion, and plans to develop others with more complex structures and sounds, this band are definitely ones to watch.