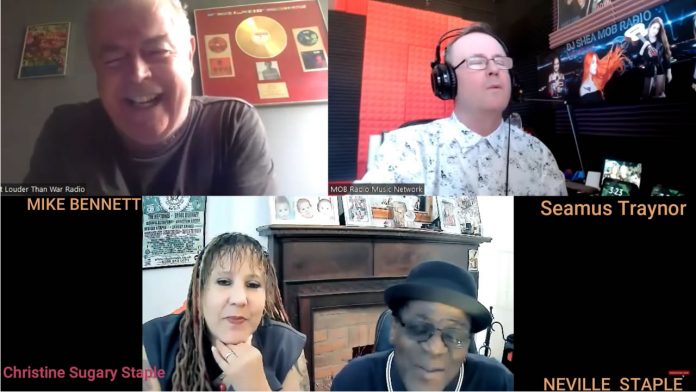 Record producer and broadcaster Mike Bennett speaks with Neville and Christine Sugary Staple from The Specials, hosted by Seamus Traynor.

Christine and Neville speak candidly about the Trojan years, rare collaborations with members of Happy Mondays, Desmond Dekker, The Beat, Vegan Vampires from Zorg, Roddy Radiation, Jerry Jammers and a new panel show written by Nigel Carr, Dr Neville Staple, Christine Sugary Staple and Mike Bennett entitled ‘Caught in Session’. In this preview which is appearing for the first time on Louder Than War Radio on Mike Bennett’s Freak Party on Thursday at 7pm here: https://s2.radio.co/sab795a38d/listen

Listen on the free Apps: