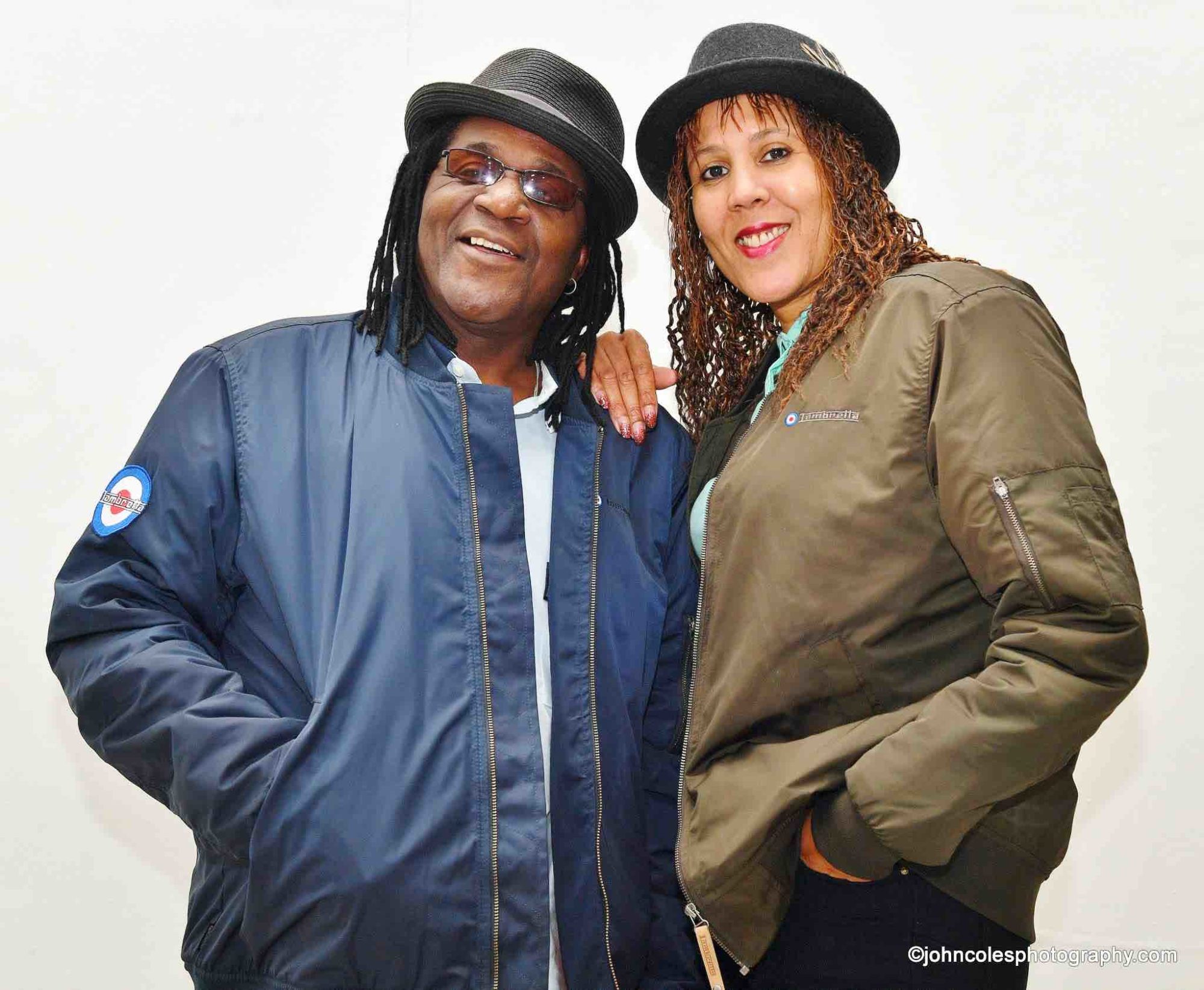 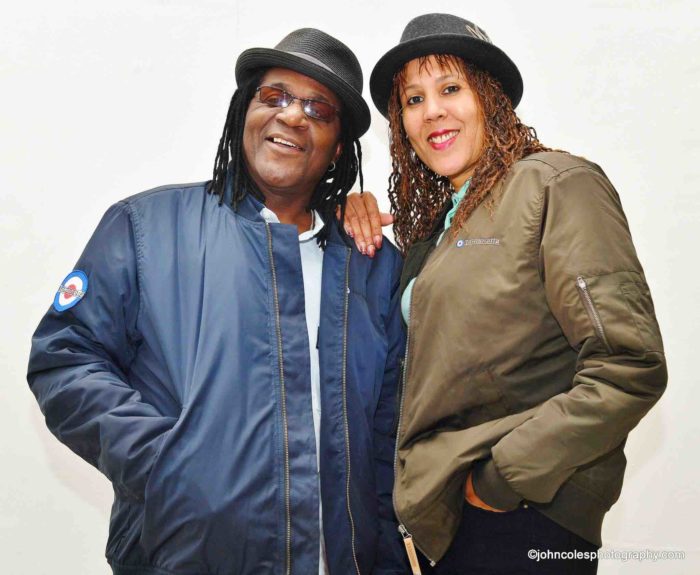 Last month the original rudeboy and rudegirl treated us to their new album which made my top ten list for the year so far with it’s fresh summery ska sound, and addressing issues we all come across in these pre Brexit times. (review here). Being the massive Specials fan I was in my youth there was no way I was gonna pass up a top ten albums opportunity from the duo themselves. Fuck no! Neville and Sugary give me five of their best each.
Neville Staple

Reminds me of when I was a kid and I came to England from Jamaica and heard the same songs from over there, the songs on this album, being played right here in the UK. When you’re that young and you get sent to a strange land without your mother, to live with your dad who you didn’t really know well (he had left for England when I was a baby), it was awesome that the music had travelled with us.
The Clash, by the Clash

This album reminds me of when I toured with the Clash in the early days of the Specials. Many of these tracks were on their set list. A great band who became really good friends during the tour and beyond, especially Paul Simonon. These guys had the punk vibe with the reggae attitude and this album has so many anthems to that decade. Brilliant!

I used to play this all the time on my Messenger & Jah Baddis Sound System days in the 1970’s. A super collection of classics. All the Tighten up volumes were essentials on the decks, but this one stood out because this was then the album sleeves became as sexy as f***! You could not help but toast along to these songs or move your feet. Infectious early ska and early reggae classics.<

These guys are great friends and we rolled in the same areas back in the 70’s and 80’s. Their songs hit hard during a time when we were also hitting out at the system, with social and political lyrics. I don’t think you really get this kind of smack in the face from today’s well-known bands and artists and if you did it now, the media would probably shut you down. People should celebrate all artists who put their standing on the line by singing about ‘real life’ issues.

I know I probably shouldn’t choose an album that I’m part of, but I’m a  rude boy so will do it anyway! Lol. Though seriously, this album means a lot to me. My wife Sugary, has been the strength behind my last 2 successful albums and all music work and appearances. She has written some of today’s most iconic tracks on ‘Rude Rebel’ and every single song has a big meaning to it. We have dealt with some really devastating issues during the making of this album, so I know how hard it was to find the time to complete it. We even had to deal with my grandson being stabbed to death during the launch week too! So this album means a lot to us both and I love how we worked together in such unity during the studio production. I love it!

Sugary Staple
The Adventures of the Hersham Boys by Sham 69
I am a punk at heart and followed all the punk bands of the 1970’s as a kid. This album was played a lot in our council estate, along with rebel reggae tracks on the sound sytems. I think punk and rebel reggae had a super link. It was all about saying up yours to the system with songs that chanted the same street stories. These guys were one of my favourites along with the Clash, The Ramones and Polystyrene.

Back to Black by Amy Winehouse

This beautiful mix of old-style R&B and Jazzy lounge style songs, along with the upbeat in your face lyrics was a truly big moment for popular music. I loved Amy’s music with a passion, including her earlier stuff and her celebration of the Specials songs too. I met her a few times in Camden too. She was adorable. And her big performance at a festival with my husband and The Specials was truly memorable. A sad loss of amazing talent.

The Story of Trojan Records

This encapsulates so many of my super legendary artist friends, like Derrick Morgan and Stranger Cole, along with so many late greats. These guys, along with Prince Buster represent the music I was born into. There was never a day that at least one of these songs wasn’t played at home, from my toddler days right through to adulthood. My earliest memory of my father was when he taught me to skank at the age of 3, by standing me on his feet and moving his feet to the sounds of Dave & Ansel Collins ‘Double Barrel’ and ‘When I Call Your Name’ by Stranger & Patsy, which Neville and I have since covered on our new album. Awesome music that broke boundaries among West Indian families and the ‘real’ Skinheads & Rude Boys.
The Specials by The Specials
The anthem to my youth. Every song, every lyric resonated to the life around me, the life I was living. So iconic! And this is when Neville Staple became my bedroom pin up because of his high energy and rouge-like performances on stage. He was a real life, rugged, naughty original rude boy with a smile to make me go weak, along with his singing, his toasting and his swagger! Its so cool that over 30 years later, we met, fell in rudy-love and got married!

This one of those albums that was in every home as I grew up. If you ask any UK inner-city street kids and their families, Caribbean families and sound system guys, they will all tell you they had or have this album in their collection. It reminds me of smoky, alcohol filled shebeen & blues parties that my mother and friends held in their houses. Everyone sang along, grown-ups did their little 2-step and rub-down dances to the love songs and nothing in the World mattered except playing the tunes and partying! Memories by the score!


Words by Wayne Carey who writes for Louder Than War. His author profile is here and you can catch his blog at wayneacarey1970.blogspot.co.uk Photo credit : John Coles. 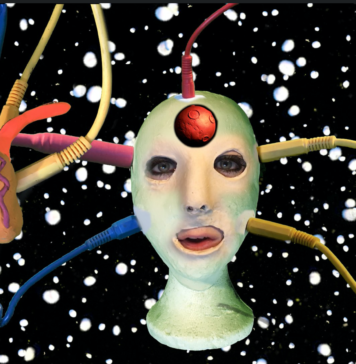 July 10, 2020
0
Today sees the release of The Lovely Eggs brand new single ‘Long Stem Carnations’ via Egg Records. The track, taken from their number one selling album ‘I am Moron’, is released on limited-edition coloured 7” vinyl and backed by brand new B side ‘The Voyage’.
Read more

Justice Tonight tour- interviews with the Farm and a passing member...

Watch and Listen: New single from 404.zero – first release on...