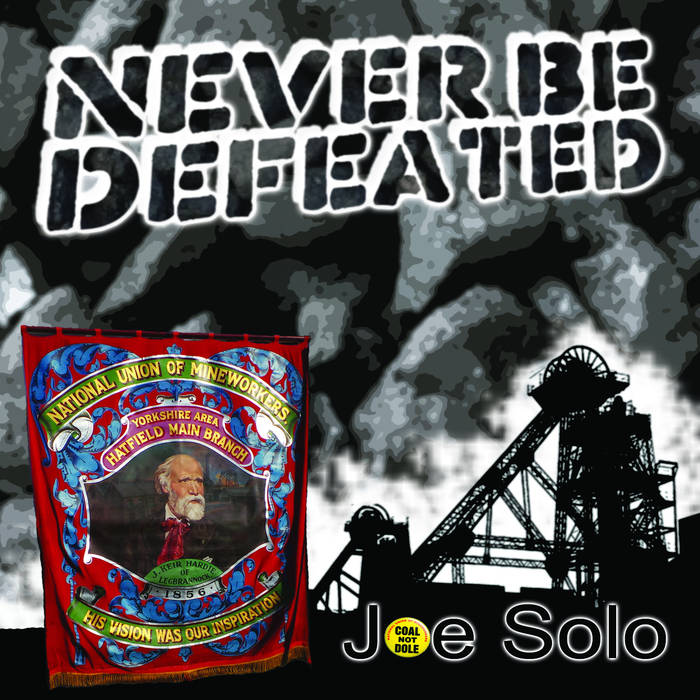 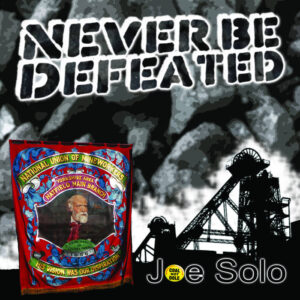 Louder Than War’s Dave Jennings reviews Joe Solo’s concept album about one of the most turbulent periods of recent British history.

This is a concept album with an interesting twist. The concept is of a country gripped by a vicious and bitter civil war. On one side is the workers in an industry that has been decreed too expensive to continue to run but their livelihood and future of their communities is dependent on the continued existence of the industry. On the other side is an ideologically driven government that is utilising the law enforcement forces to ensure total victory over “the enemy within”. The ‘concept’ of course is all too real and the story that unfolds here is that of the 1984-85 Miner’s Strike as told by those involved.

Joe Solo has produced a musical testament of one of the most turbulent periods of recent British history. The album tells the story through the eyes of those who stayed out on strike at Hatfield Main Colliery, South Yorkshire which finally closed in 2015. Solo has conducted extensive interviews with a number of participants and woven these together to produce a unique perspective on an event from which wounds are yet to heal.

The acoustic folk style of the songs is well suited as this is an album where you really need to hear the lyrics, fashioned as they are from the individual stories he has gleaned. The opening tracks of Coal Not Dole and Solidarity set the scene well as they describe the importance, running through generations, of union in mining communities. As Solo repeats the mantra “don’t cross the picket line” we develop at least some understanding of the importance of organised industrial labour but it is the aspect of family unity that maybe is even more important. Solo has enlisted Rebekah Findlay to provide the voices of the miner’s wives, such a vital force in the longevity of the strike and she delivers impressively. The vocals of Findlay serve to offset the harsher vocal tone of Joe Solo (necessarily so as the issues in the tracks he sings require it) and give the album greater depth and heightened musical accessibility.

However, the music is not the main aspect of this album, good as it is. The real triumph is the way that Solo has immersed himself in the characters and the moments of a defining period of British industrial history. Sometimes, the best way to understand important historical events is by seeing them unfold through the eyes of those involved and you can’t fail to be moved when Solo compares the stealing of potatoes to feed a hungry family, with stealing people’s  futures and livelihoods. These songs are essentially personal vignettes that capture moments of anger, injustice but more than anything, as the album title suggests, a lasting feeling of pride.

For more info on Joe Solo visit his Bandcamp site He is also on Facebook and tweets as @joesolomusic.