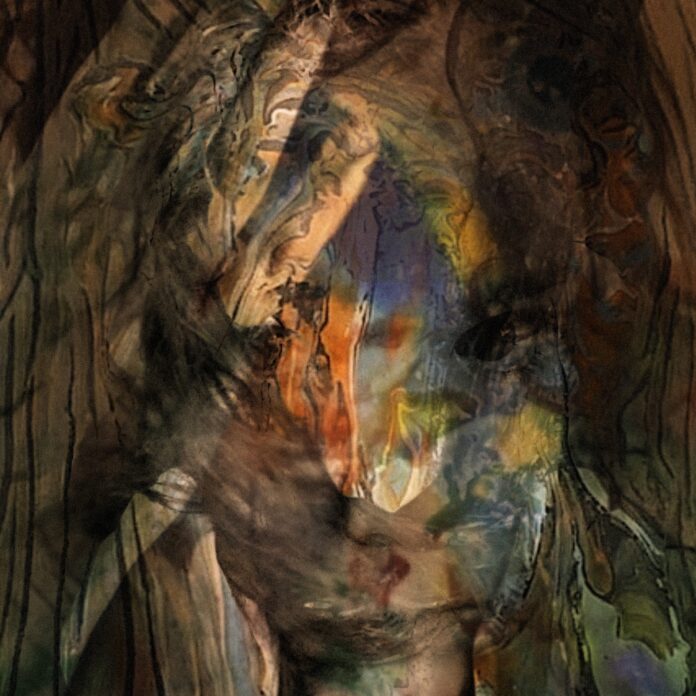 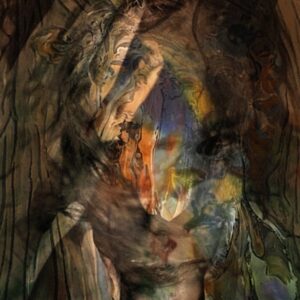 Innovative and bold. Musically stunning and a divine voice. The Avant-garde fights back on Netta Goldhirsch’s new album, packing it all in across no fewer than twenty-five glorious and diverse tracks. Gordon Rutherford reviews for Louder Than War.

Strap yourselves in, because you are in for something quite dizzyingly, dazzlingly brilliant here. From the imaginative and pioneering methodology applied in the creation of this album to the music itself, this is quite the work of art. I know that lockdown has forced artists to be more creative than ever before, but this is one tale to trump them all.

Our story begins with musician/songwriter/producer Pete Murphy (not that one) and his yearning desire to find new inspiration. Taking to social media (not a place I often find inspiration, but each to their own), Murphy started following certain search terms. One day, courtesy of Instagram, he stumbled upon a new artist, one whose colour and vibe and movement intrigued him. Ten seconds later he heard the voice and was hooked.

The voice belonged to Israeli Avant-garde singer and songwriter, Netta Goldhirsch. Communication channels were opened. Messages flowed back and forth and, before long, the crazy idea of a collaboration was floated. Crazy because they live more than three thousand miles apart and Goldhirsch doesn’t use recording programmes, plugins, virtual instruments, or anything that could feasibly make such a project work.

But necessity is the mother of invention and, determinedly, they sought a way to make it happen. Murphy revisited the videos of improvisations that first attracted him to Goldhirsch and began to construct the music around them. Some of the finished songs on Love Doesn’t Exist are actually several different improvisations that Murphy creatively stitched together. Some segments of the Goldhirsch’s audio were laid on top of existing pieces of music that Murphy had been working on.

On a (relevant) tangent, did I say that there were songs on Love Doesn’t Exist? I wonder, are they actually songs? The album is a standard forty-two minutes long. But, like Wire’s seminal Pink Flag, there are twenty-five tracks on the album. As they are fond of saying Stateside, do the math. The average track here clocks in at just over one hundred seconds. That’s less than two minutes. Not your typical song duration, but then again, nothing about this album is typical.

There is a good reason behind this sheer brevity of song length. Instagram videos have a time limit of sixty seconds. So, when you are taking snippets, cutting and pasting, creating mini-musical collages and firing them together like the particles in the Large Hadron Collider, you tend to be time-bound.

Throwing themselves into the project, Goldhirsch and Murphy created the first seven tracks in just a few short days and put them out as a mini album. That release was subsequently picked up by Wormhole World and the remaining eighteen tracks (yes, eighteen) were completed in two weeks (yes, two). Therefore, given all of the above, Goldhirsch and Murphy deserve the most lavish praise for having the ingenuity of Warhol, the tenacity of Thomas Edison and the urgency of Usain Bolt in bringing this album to life. As a process, it is quite inspirational. Then we come to the music itself.

Recently, Will Hodgkinson interviewed Boy George for The Times. In this piece, George saliently observes that “Today, young people are fighting to have labels when we fought not to have them. It’s the pressure of the brand. You would think having access to everything would make people more experimental, when in fact it has narrowed things down.” Sage words. More than ever before, I get a sense that banal works. The people getting the recognition, making a good living, getting all the attention, are the ones who play it safe. They are bland and vanilla and anaemic, creating a sumptuously bleak landscape.

Thank God then for the shards of bedazzling light that penetrate through the opaque curtain of mundanity. Praise be the Avant-garde, the unusual, the freaks, the risk-takers, the ones doing it for love not Instagram followers, the boundary pushers, innovators and pioneers. People like Netta Goldhirsch and Pete Murphy. Jeez, we need them now more than ever.

Love Doesn’t Exist is not a perfect album. It has flaws. But those flaws exist because it has been created by two people who care about their art and refuse to follow formulaic function. They do not do music-by-numbers. They are the risk takers, the creative geniuses, and when you embark on such a project, there will be parts of it that don’t always work. But that’s just fine, because it is so damn interesting. You can throw any criticism you like at Love Doesn’t Exist, but you will never be able to call it humdrum.

Let’s come back to the thing that hooked Murphy. That voice. As a vocalist, Netta Goldhirsch is quite unique, with the most stunning range and versatility imaginable. On Love Doesn’t Exist she is singing with minimal accompaniment, yet it is utterly spellbinding. There is raw emotion pouring out of every inflection. I was raving about that voice, and this particular album, to a friend recently and he asked me to describe it. After a moment’s reflection, I asked him to imagine that David Lynch was making a new movie and that he got Marlene Dietrich, Billy Mackenzie, Hatis Noit and Tom Waits together to compose the soundtrack. That’s what Love Doesn’t Exist is like.

It operates on the edge and throughout much of the album there is an implied sense of darkness. On the second track, Come Closer, Goldhirsch menacingly sings, “I dare you”. On I’m Complicated, she warns that “you want me to be simple, but I’m complicated.” This edgy unapproachability recurs throughout, but it’s like Dracula standing on your threshold imploring you to invite him in. You know you shouldn’t, but can you resist?

So much of the album is like some kind of otherwordly realm, like the carnival in your nightmares with discordant electronic keyboards and boneyard percussion transfixing you underneath that voice. Don’t Tell Me To Be Happy and It’s So Cold are perfect examples of that feel. Alongside that, we have the most elegant, minimalist pieces, works of utter beauty featuring just piano and voice like the title track, Love Doesn’t Exist and Silence Circles Me (in this case, just that haunting voice). We have the dystopian nursery rhyme, I Want To Be Heard and the baroque poetry of My Mood Is Like The Seasons Of The Year. So Many Times calls to mind Portishead, just as Fake News is reminiscent of Bjork. And then there’s opera. My God, there’s opera. Snippets, mind, we’re not talking Wagneresque proportions here. But it absolutely explodes on Pretty Words, showcasing Goldhirsch’s remarkable voice perfectly.

It’s all going on here, across all twenty-five pieces. Like a kaleidoscope whose colourful patterns are reborn with each spin of the tube, Love Doesn’t Exist continually changes shape and feel in the most delightful and rewarding ways imaginable.

So, let’s hear it for the innovators. For the risk takers. For the true artists. Because they deserve to be heard and now, more than ever, they need to be supported. Because, God forbid, imagine how dull the world will become without them.

Netta Goldhirsch is on Twitter. As is Pete Murphy.