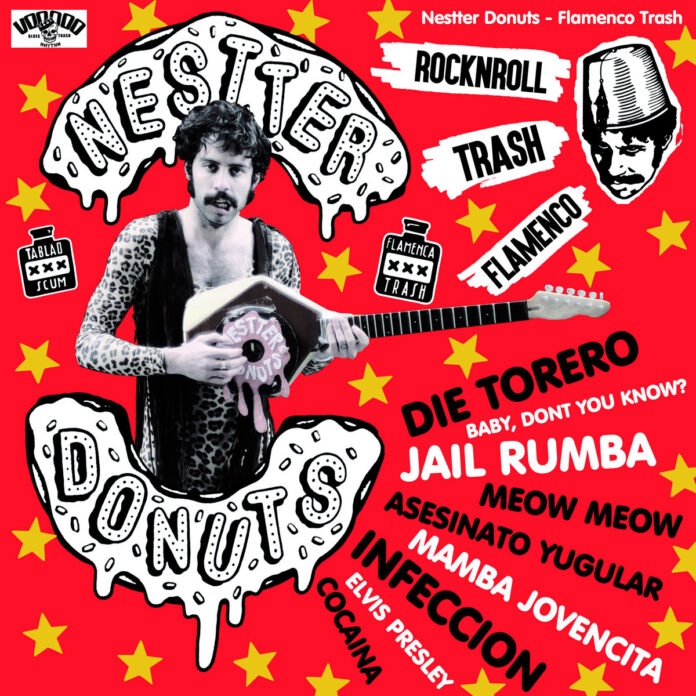 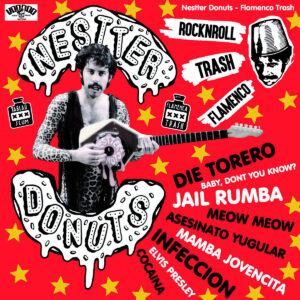 Hailing from Alicante in Spain, the new album from Nestter Donuts is a mash-up exactly as it says on the tin. Pure Flamenco Trash!

When soul hit disco, when rap and rock collided, when garage injected itself in R&B; new forms created from smashed pieces. And now comes Nestter Donuts with his own one-man-band dual form anomaly, unique in his style and delivery, his latest album spelling out perfectly where he’s coming from. This is Flamenco Trash.

He may open the album with the somewhat more traditional flamenco sound of his Gypsy roots, but it doesn’t take long for his true trash punk soul to take hold of his history and morph it into something altogether new. Album highlight, Infección, hits early. “Ay Nestter, no puedo más…ayúdame” (I can’t take any more…help me). Tough luck and good luck falling into Nestter’s world. The track is the perfect blend of his two styles, honed by playing the downright dirtiest dives of his hometown to European tours with bands like Suicide Generation. That said, this album is by no means a butchering of his heritage as he shows it the utmost respect on tracks like Bruges Jail Rumba, Duna De La Perversión and the closing couplet of Milena and Mi Sangre, Mi Amor.

He knows full well though that the twin push and pull of these two styles must come together, it is where he truly feels at home, blending his own self with what has gone before. Die Torero is another real highlight with its stomping rhythm. The lyrics are muffled beneath the music and sound of the bullring, but the title seems to reflect an artist kicking back against his country’s traditions and also, such as on Veneno Barato, reflecting the new dangers that pervade the streets.

Forget Fiesta, this is the real sound of a Spain that is still doing battle between tradition and modernity. It’s kicking up dust in the midday sun and soundtracking nights of pure debauchery. Nestter Donuts is Flamenco Trash through and through, its beating heart and sullied soul.

Flamenco Trash will be available shortly on LP and CD direct from Voodoo Rhythm Records.

It is available as download for pre-order now from Bandcamp.