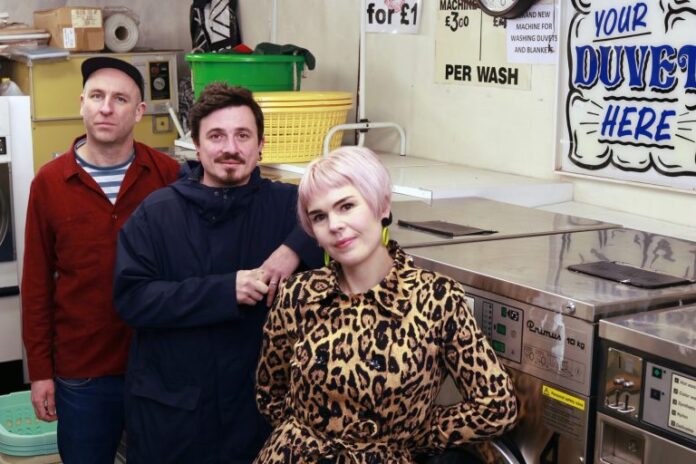 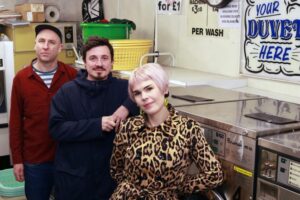 Leeds three-piece Nervous Twitch are back with their second single of 2020. Tongue Tied is available digitally via Reckless Yes on 13 November 2020.

With sensitive lyrics and melodic overdriven guitars the track lacks none of the impact of their work to date. Surf-rock lines weave around crunching riffs as that Ramones-meets-Ronettes vibe fills out around the chorus.

Of Tongue Tied, the band said the track was about, “Self-reflection and amazement over the contradictions in life.” The track is accompanied by a video animated by Molly Mae Taylor, in a retro-futuristic style fitting the band’s aesthetic perfectly.

Having reissued their first three albums (2015’s Get Back In Line, 2016’s Don’t Take My TV, and 2017’s I Won’t Hide) to digital streaming over the summer as well as single Keeping Faith In Something, a fourth album due for release in early 2021 on vinyl, CD and digitally.