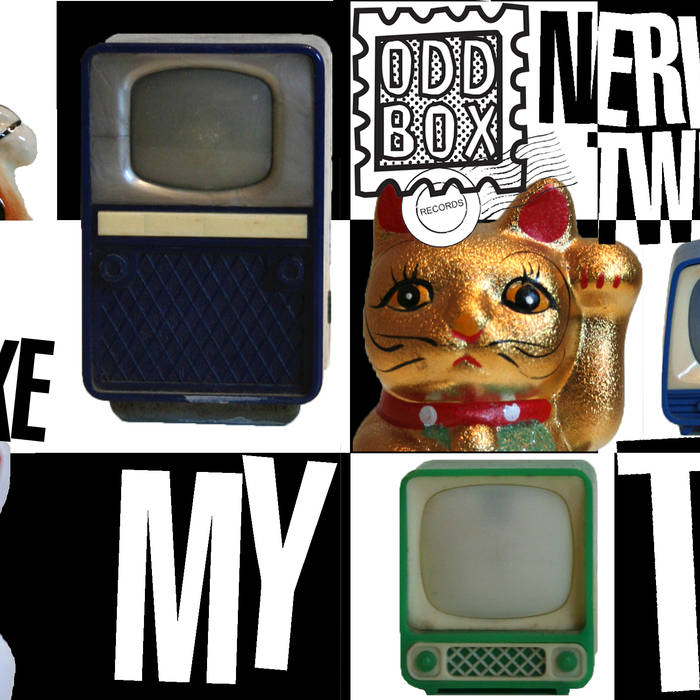 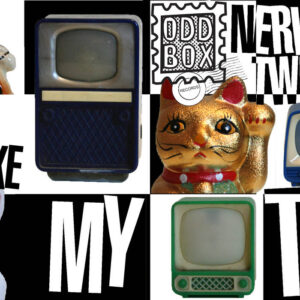 Odd Box Records give the second Nervous Twitch album the vinyl reissue treatment. Glenn Airey is first in the queue for Louder Than War.

Don’t Take My TV, the second long-player from fun-loving Leeds four-piece Nervous Twitch, was first released in cassette form back in February. Odd Box Records have now seen fit to grant this vital indie-pop document the status it undoubtedly deserves, and reissued it on instantly collectible clear vinyl.  Twitch-watchers of any vintage are likely to agree that the album constitutes the finest collection of the band’s material to date, nicely summarising their ability to have fun with a range of cool-as-fuck influences like punk-pop, rockabilly, girl-groups and surf, while retaining a charm and consistently appealing bedrock sound that’s all their own.

From the stop-start sarkiness of So Rock’n’Roll to the climactic Cramps-meet-the-Dolls blowout of A Little Self Discipline, Don’t Take My TV includes eleven stormers clocking in at a petite twenty-six minutes with barely a dip in the smile count. Having said that, the subject matter isn’t all fun and froth. Emblematic frontwoman Erin, she of the technicolour wigs and mightily impressive lung capacity, slips in stories of sleazebag stereotypes, self-doubt and suicide amongst the punk pop rush and melodic melee.

Some genuinely nasty characters stalk these songs. Lurking In The City starts with a proper rock riff worthy of Motorhead, if ever played through Marshall stacks the size of tower blocks, then warns us to stay indoors and avoid the wrath of psychopathic David, all in all a fine addition to the killer-on-the-loose mini-genre. Meanwhile, John Power describes a go-getting, materialist trustafarian, presumably not the John Power out of Cast, although if you’ve ever heard that terrible Anfield Road record he made, you could forgive anybody for having a pop.

Guitarist Jay lays down a sound that’s just fuzzy enough (as punk-pop fans of course, we expect this as birthright) but that knows when to jangle and knows when to twang. Even Though I Have Regrets is a fine example of the former, its semi-acoustic loveliness providing an ideal backdrop to a classically-structured girl-group mini-drama. And the twang’s definitely the thang in East Coast Rumble which, as the title suggests, references the band’s longstanding love affair with Link Wray but also can’t help calling to mind the godlike Duane Eddy. As someone who lives in a house where Twenty Terrific Twangies rarely goes a week unplayed, I’m naturally a sucker for this stuff.

Erin’s keyboard skills also get a fair old workout on tracks like Something Wrong With Me, where she cleverly balances vocalising the dumpee-blues with some neat, Mysterians-style 60s organ showboating. Throw in the odd rockabilly scramble like Can’t Find The Words For How I Feel, and a great lost Ramones song title in I’m An Idiot Babe, and you have one of the great multi-faceted indiepop records of the last few years. One hopes they are now safely back in their garage with their bullshit detectors, working on the next one. Long live the Twitch.

Nervous Twitch are on Twitter @NERVOUSTWITTA and do the Facebook thing here. Check out their Soundcloud too.

All words by Glenn Airey. You can find more of Glenn’s writing for Louder Than War here or follow him on Twitter @GlennAirey.