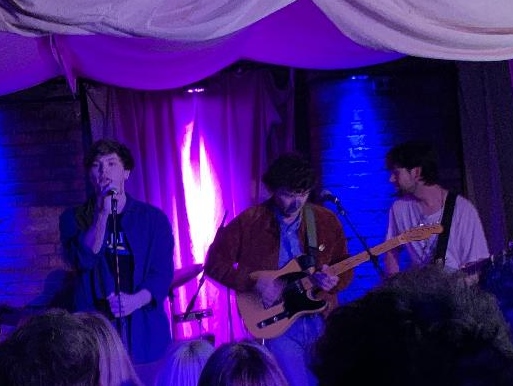 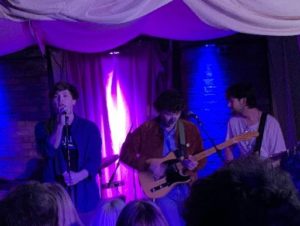 Louder Than War’s Roxy Gillespie gets to see the rather wonderful Neon Waltz in the intimate confines of recently opened Liverpool venue Phase One.

The Neon Waltz crowd was already expectant as the first artist, Gus Barreteau, took the stage with his band. Musically sound with soft, melodic vocals, there was a rather pop/ rock Maroon 5 vibe going on. They were polished and professional during a set which ended with arguably their best number Hand On My Skin. Possibly not stunningly suited to the fine indie band they were supporting, they never-the-less got a great deal of love and support from the St Patrick’s Day crowd.

Second support, who I think were called Johova, although I may have that wrong (and am happy to correct) had a really strong female vocalist and were, again, good musicians, but they only played covers, which included Black Magic Woman and Something In The Way She Moves. With their own songs, they could have been a good proposition, but the lack of unique material was a bit of a let-down, especially as they were on before one of the most productive and inventive indie bands currently on the scene. They were fairly well received by the crowd, but seemed a puzzling choice in a city full of bands with original tracks of their own. 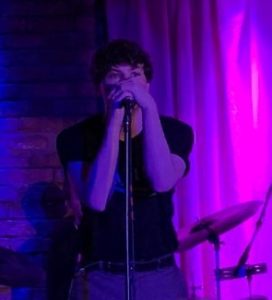 The atmosphere was certainly building for the main act. Phase One has a nice vibe about it with its questionable curtains and garden sheds used for listening to the albums sold at the record store at the front of the performance space. Everyone seemed really up for a great gig and that was what they got. Neon Waltz remain pure class. Whether playing soft, beautiful songs like Bare Wood Aisles or stunning anthems like Dreamers, the quality is pristine. Jordan Shearer’s voice soars over the excellent music, crystal clear and heartbreakingly pure. It was easy to see there were long term fans lapping up every moment and giving the newer material like The Stranger Things and Friends Who Lost Control loads of love. It was a stunning set without an encore, but when Neon Waltz have included songs like Heavy Heartless, the sublime Bring Me To Light and Perfect Frame, The crowd certainly got their money’s worth.

While some old favourites were missing, it is inevitable as a band moves forward that their gigs do too. The newer material continues to thrill and push these Caithness lads further towards the recognition they deserve. If you haven’t seen them already, you should. They are a very fine proposition indeed.

Find More about Neon Waltz and the tour in a recent Louder Than War interview here. They are on Facebook and Instagram. They tweet as @neonwaltz.