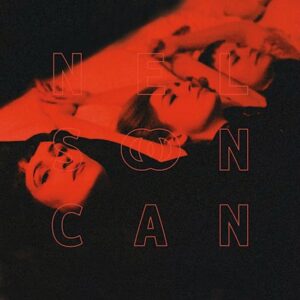 Danish trio Nelson Can have revealed details of their new record EP3 released through Alcopop! Records on 29th September 2017 ahead of UK dates this autumn supporting JAWS.

Initially, Nelson Can were pretty much a lie – there was no band, the ‘members’ so to speak just really wanted to tell people that they were in one. However, as with all fabrications, there’s always a point at which you either have to come clean or find a clever way to cover it up. Deciding it was too embarrassing to admit they didn’t have a band, in 2011 Nelson Can become a reality.

Nelson Can deliver a grand yet non-fussy rocky drum and bass orientated sound with strong vocals courtesy of Selina. The band have defiantly been inspired by the music they listen to as singer Selina Gin explain when talking about EP3’s opening track Break Down Your Walls, “We always listen to Fleetwood Mac when we’re touring. I think that might actually have inspired us for the big, powerful chorus on this track, as well as the drive and straightforwardness of the songwriting on the latest album from Florence + The Machine.”

“It’s a song about being anxious about being anxious” continues bass player, Signe SigneSigne about the same song “Anxiety is a beast with many faces and it can be really difficult to bridle if you don’t open up and tell people how you feel and start forgiving yourself for not being so goddamn perfect all the time.”

Nelson Can have spent much of the last few years touring across most of Europe, supporting among others The Black Keys and Royal Blood. Although having been recently banned in China so it isn’t likely Nelson Can will be announcing dates there anytime soon. However, the band have plenty to keep them busy as well as delivering extremely dynamic live shows, they also run their own record label in Denmark called Like a Can of Beans Records from which they release music from local new talent.

The six-track EP – EP3 is released on 29th September 2017 on Alcopop! Records and can be pre-order on vinyl via the band’s official website where there are various bundle options also available.

Tickets are on sale now from usual ticket retailers including See tickets.

You can check out Nelson Can through their SoundCloud page as well as stay up to date with tours, releases and news on their official website, by liking their Facebook page or following them on Twitter from where they tweet as @NelsonCanBand.

All words by Katie Clare. More articles, reviews and interviews by Katie on Louder Than War can be found at her author’s archive. She can also be found on Twitter where she uses @tokyo_katie.