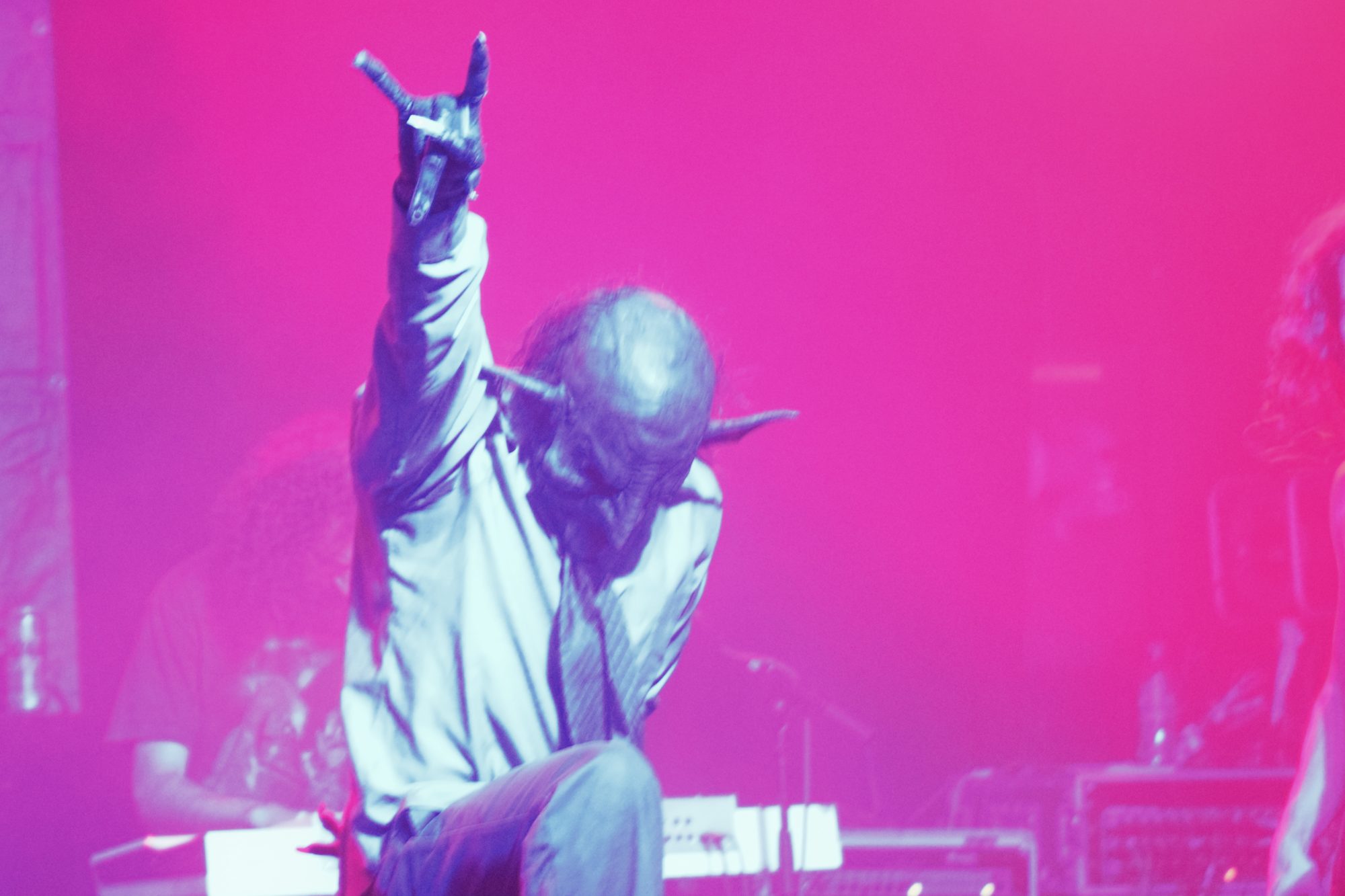 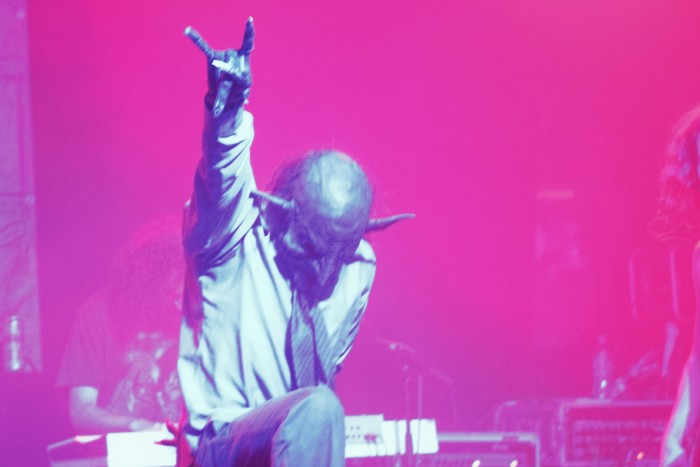 I have a terrible confession to make. I’m not really a fan of the scowling, noisy beast known as ‘metal’. The bewildering number of sub genres (Pirate metal? Really? Pornogrind?? Oh come on now.), the black, blacker than black uniform of denim and band t-shirts, and myriad associations with Beelzebub are all a bit much for a man of my Walter Softy sensibilities. Add to this my penchant for flowery shirts and other middle aged hipster-wanker attire, and I don’t just stand out like a sore thumb at metal gigs, I’m a semi-erect syphilitic penis – illuminated by the glare of a thousand suns.

However, there are metal occasions where I’m prepared to put aside my fears and prejudices, and embrace the dark side – and tonight, the lure of Nekrogoblikon is too powerful to resist. The promise of seeing a grown man dressed as a goblin? Resplendent in a suit and tie?? Jigging around the stage like a lunatic asylum escape??? Count me in!

Whilst tonight’s support acts don’t have the the added attraction of fairytale themed band members, the names are suitably ‘metally’ enough, to know that my ears are going to regret this in the morning. First up, the wonderfully named BrianBlessed (The band. Not the bloke). 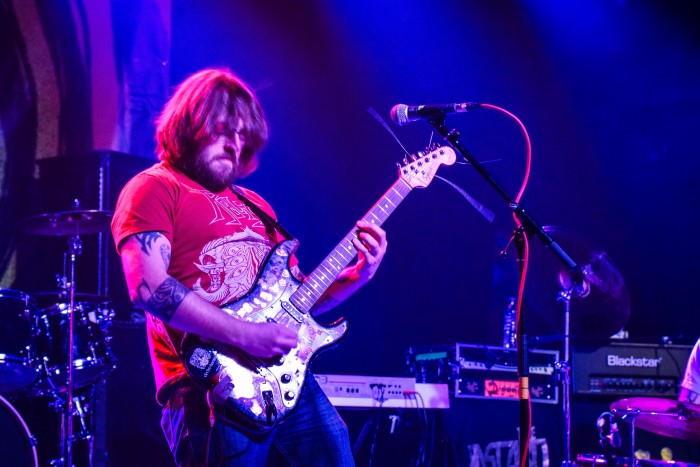 With a band name like BrianBlessed, anything less than masses of luxuriant facial hair, bellowing vocals, and at least one song called Gordon’s Alive, or Diiiive then well, I’m going to feel brutally short changed.

Certainly on the vocals front, the suitably bearded drums n’ guitar duo of Ben-Dubz and The Brown Lazer (possibly not their birth names) deliver the sort of vocal savagery that makes my own throat sore just hearing it. And whilst the lack of Flash Gordon inspired material is disappointing, it’s more than made up for by the fact that they have songs about Morrissey, gardening and er, dental hygiene. They also have big bastard tunes hiding under the churning froth of metal cacophony. In fact, the last song of the set sounds like Pink Floyd under the influence of amphetamines, being driven into a brick wall at high speed. Glorious stuff! 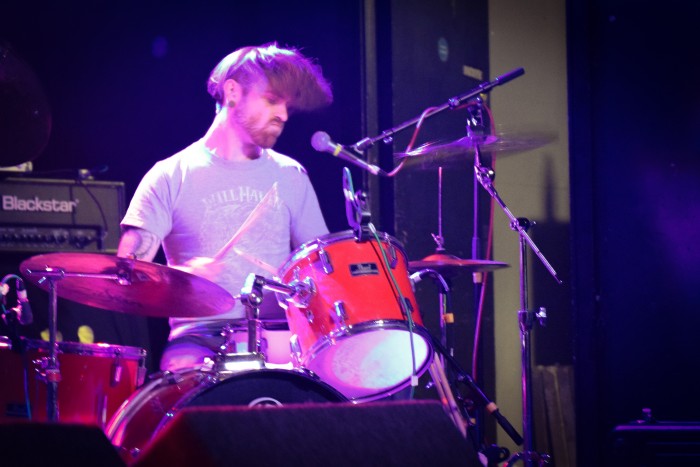 If BrianBlessed are balls-to-the-wall grunty noise filth with proggy flourishes, then the next support band, The Bastard Sons, are old-school Sabbath with a bluesy punk twist. 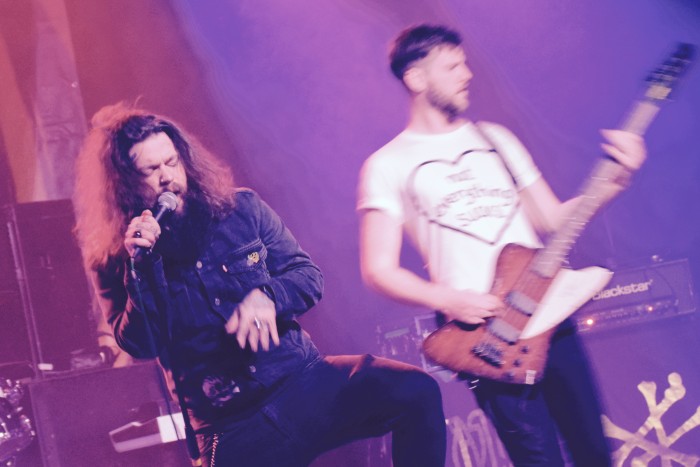 Whilst front man JJ has the look of a fella who’s living in the wildness for a number of years, where the lack of modern amenities such as hairbrushes and razors have turned him into a feral beast; what comes out of his mouth is actually a deep, and at times soulful sound. This combined with the rumbling, mucky melodies the rest of The Bastard Sons unleash on song after song, you have a combination that makes them, “gulp”, dare I say it, a near mainstream proposition. Add to this the fact that them there Bastards have some dance routines that’d make Strictly’s Len Goodman weep with excitement, you have a band who are the full entertainment package. ‘Come on now, a 1,2,3,4. Pinch, Snap, clap… The Boston crob’! 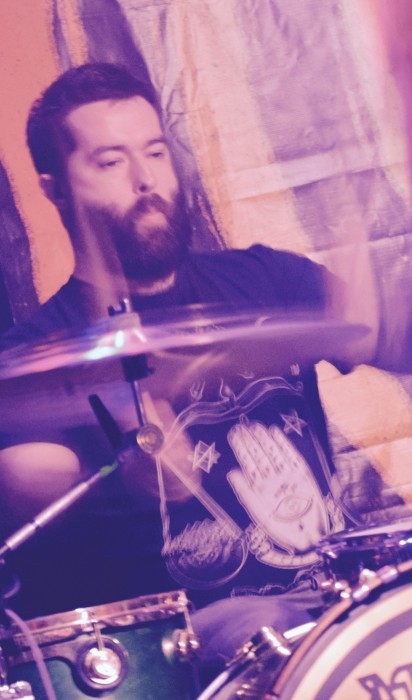 Nekrogoblikon are a strange, glorious beast. When frontman Scorpion emerges onto the Rescue Rooms main stage dressed in a yellow high vis jacket, he, and the rest of the band receive an ecstatic reception. This is nothing though, compared to the balmy noise that erupts when band mascot and domesticated goblin, John Goblikon, rushes out to join his colleagues. Whilst ancillary band members are nothing new (The Happy Monday’s Bez and Iron Maiden’s Eddie come to mind), I don’t think I’ve ever seen so much love in one room for a mancreature who doesn’t play a note or sing a word. 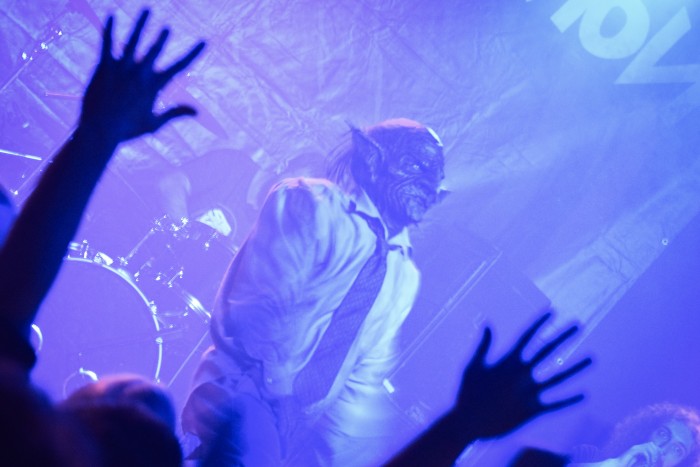 Musically, things don’t get off to a flying start. Some technical gremlins prevent the band from being heard through the Rescue Rooms PA, but the good natured banter that the band employ whilst getting the problem sorted out, means that the whole show could have consisted of vocalist Scorpion chugging cans of lager, and John Goblikon getting up to mischief, and no one would have asked for a refund. Happily however, fuses are changed, leads are swapped around, and Nekrogoblikon are back in business. 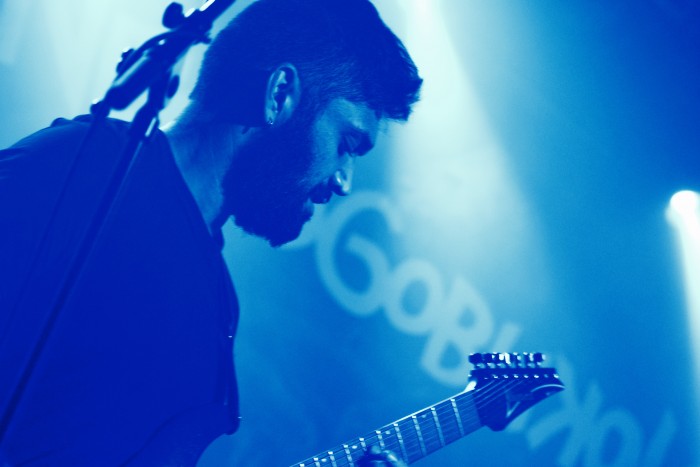 Tracks like Prince of the Land of Stench and Powercore quake the Rescue Rooms to its very foundations, but it’s a truly bonkers Atlantis that is perhaps the standout song of the night.

Sounding like the theme tune Satan will use when he ascends from the fiery depths of hell to destroy the world, Atlantis initially succeeds in sounding like the scariest bastard song ever written. Bizarrely though, the doom-laden riffs are eventually interspersed with some rather jolly Yes-esque synth stylings, which conjure up images of Rick Wakeman in a gold satin cape, rather than the rise of the all-powerful dark lord. But, even with thoughts of Yes’s toothsome front man firmly implanted in my head, Atlantis is still a truly exceptional, utterly crazed, beast of a song. 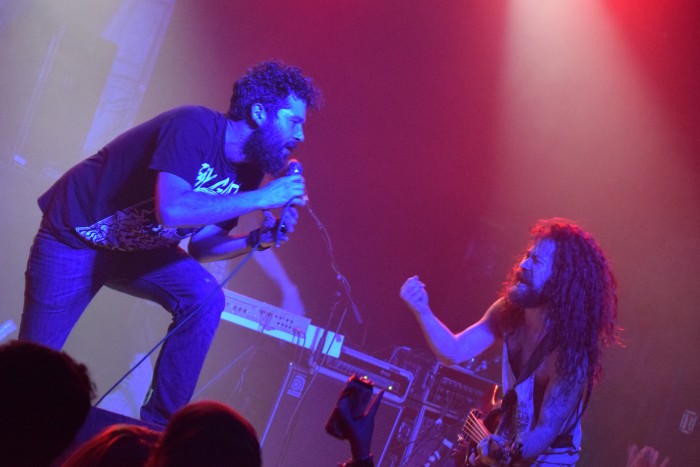 As the evening ends with a mighty encore of Giraffe, my thoughts turn to what the font of all human knowledge, the never wrong Wikipedia, has to say about Nekrogoblikon’s place in the metal genre classification system. Placed in the bracket of melodic death metal, this somehow doesn’t seem to befit a band who’ve made my bowels feel funny, my ears ring and most importantly, left me with a big fucking stupid smile on my face. Perhaps rectotingle-tinnitus-grincore is a more apt description…