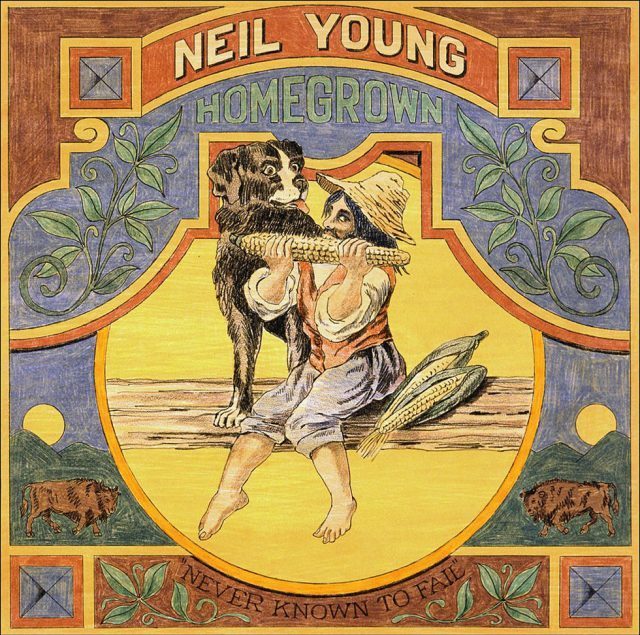 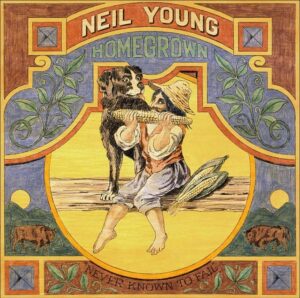 Neil Young finally releases the deeply personal breakup album he shelved at the last minute in 1975. Tim Cooper settles back, relaxes, and wonders whether Homegrown can live up to its myth.

For diehard fans of Neil Young, this album has long been seen as a holy grail. Written and recorded during and immediately after his painful breakup with Carrie Snodgrass, his wife and the mother of his first child, it was originally intended to follow On The Beach in 1975.

At the last minute, consumed by doubts about revealing so much of himself, Young got cold feet and changed his mind, feeling the songs were too dark and honest about something so personal. “It scared me,” he admitted. Instead he released the previously recorded Tonight’s The Night and Homegrown was shelved, gathering dust for nearly half a century.

Ever since, fans have speculated about what might have been and wondered what was lurking in the vaults of Young’s vast archive, from which buried gems are being excavated with regularity by Young, now 74 – but never this one; not even on bootlegs. Now they have the answer.

“I apologise,” Young said prior to release. This album Homegrown should have been there for you a couple of years after Harvest. It’s the sad side of a love affair. The damage done. The heartache. I just couldn’t listen to it. I wanted to move on. So I kept it to myself, hidden away in the vault, on the shelf, in the back of my mind… but I should have shared it. It’s actually beautiful. That’s why I made it in the first place. Sometimes life hurts. You know what I mean. This is the one that got away.”

Homegrown is, as we knew it would be, restrained and reflective, intimate and deeply personal: Young now describes it as “the missing link” between the acoustic albums Harvest and Comes A Time, Old Ways and Harvest Moon. Its dozen songs are definitely dark and often painfully honest.

For a man who has always been uncomfortable laying his feelings bare, this is tantamount to Neil Young stripped naked. “Oh, the feeling’s gone,” he sings on Mexico, an all-too-brief interlude of a song, his voice cracking at the edges, accompanied by his own mournful piano playing. “Why is it so hard to hold on / To your love?”

A handful of these dozen songs have appeared on other albums over the 45 years since they were recorded, albeit in other forms; frustratingly for fans, another dozen songs recorded at these same sessions remain unreleased. Recorded piecemeal in three different locations – Nashville, Los Angeles and his own Broken Arrow ranch near San Francisco – it’s a mostly acoustic affair, Young’s voice backed by his own acoustic guitar, harmonica and, on that one track, piano.

Separate Ways sets the album’s tone – raw and unadorned, it’s as homegrown as whatever Young was smoking when he made it. His fingers squeak on the fretboard, Levon Helm’s featherlight touch barely brushes the drums; Young’s vocal seems strained, as if the pain he’s singing about has stretched his voice to its limit. Ben Keith’s lonesome pedal steel solo is almost too much to take.

As if to soothe his solitude, Emmylou Harris harmonises on the plaintive Try and you cannot help but feel that of all her collaborators, with the exception of her muse Gram Parsons, with whom she had an almost intuitive synchronicity, Young is the most fitting foil for her voice, which is heard again on the closing Star Of Bethlehem.

Love Is A Rose started life as Dance, Dance, Dance and appeared on Young’s 1977 career-spanning triple album Decade; it was also recorded by Linda Ronstadt. Disarmingly sentimental-sounding on the surface, its lyrics turn out to be as barbed as the titular bloom: “Love is a rose but you’d better not pick it / It only grows when it’s on the vine”.

The title track Homegrown, appeared on American Stars & Bars but this version picks up pace to become a bluesy shuffle that ends too soon before the three-minute mark. In a similar vein is We Don’t Smoke It, a bar-room singalong filled with blues guitar and barrelhouse piano that once again gets curtailed just as it seems to get going, but not before Young contributes one of his trademark freestyling making-it-up-as-he-goes-along guitar solos.

Vacancy, another electric number (video below), would find its way on to pretty much any Young album from the past 50 years, constructed upon what you might call an archetypal Neil Young electric guitar riff, with a nice solo to bring it to a close.

The oddest track by far, and by far the least satisfying except as a curiosity, is Florida: a spoken-word horror story with Young reminiscing about a childhood visit to the Sunshine State that swiftly darkens from a “ beautiful lady coming down the street” to the “baby in the car that belongs to the dead couple on the parking lot” – the anxiety level maintained by the constant whine of wet fingers on the rim of a wine glass.

If it sounds at all familiar, that’s because the words were written on the inner sleeve of Tonight’s The Night (though it did not appear on the record).

White Line, which appeared on Ragged Glory, is the most country tune of the collection, and could easily have appeared on Harvest with its fingerpicked guitar and harmonica: “I came to you when I needed a rest / You took my love and put it to the test / I saw some things that I never would have guessed / I’ve been down but I’m coming back up again.” In a similar vein is Little Wing (previously on Hawks & Doves), blending acoustic guitar and harmonica in the style of Heart Of Gold.

The final track Star Of Bethlehem, previously released on American Stars & Bars, is a sad shuffle towards the exit door with Emmylou amplifying another lonesome lyric (“Ain’t it hard when you wake up in the morning / And you find out that those other days are gone / All you have are memories of happiness”) to the tune she gave her version of Johnny Cash’s I Still Miss Someone.

It’s a sad ending for a sad album, but one that’s been well worth the 45-year wait to see the light of day.