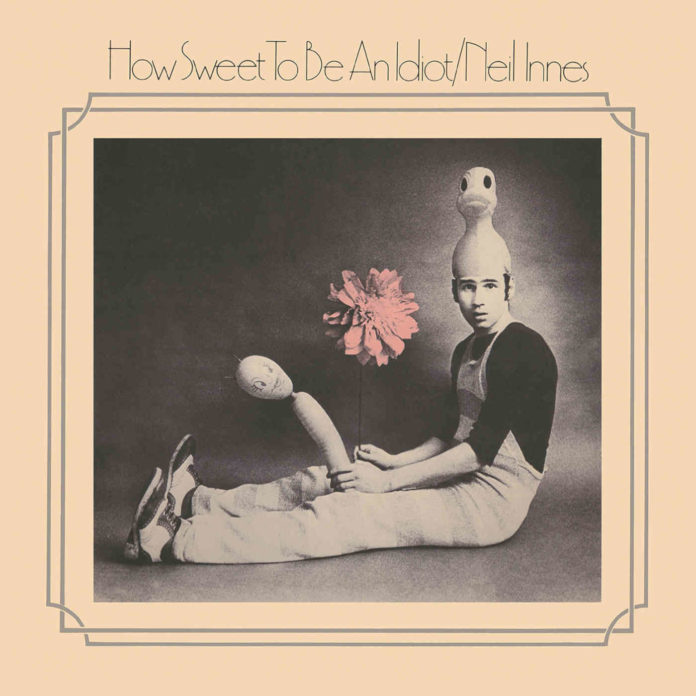 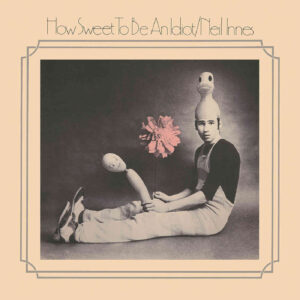 Neil Innes: How Sweet To Be An Idiot

Planned before his passing in December 2019, the reissue of Neil Innes’ first solo LP is a timely reminder of its author’s ear for a tune and sense of humour. Louder Than War’s Craig Chaligne reviews.

Recorded in 1973 at the famed Chipping Norton studios and featuring guitar wizard Ollie Halsall on lead guitars, this record is a timely reminder of Innes’s quality as a songwriter. The comedic elements of Innes’ career have had a tendency to overshadow the fact that he penned great songs and our guest seems to have been determined to keep the comedy at bay while putting together his first solo effort if you go by the quotes in liner notes (“I’m really working towards a situation where I don’t have to be funny. I just want to get through, that’s all that matters to me”).

Starting with the melodic snippet “Prologue”, we then move to the boogie rock of “Momma B” which showcases Innes’ sense of the absurd in the lyrics and manages to squeeze a few exquisite Halsall solos in its two minutes and 54 seconds. “Immortal Invisible”, benefits from a rather great arrangement that makes it an enjoyable listen,  the bluesy “Topless-A-Go-Go” and “Feel No Shame” might both overstay their welcomes at four and six minutes long but are saved by quality musicianship (particularly the instrumental coda to “Feel No Same”).  The title track remains one of Innes’ best remembered songs with its Beatle-esque chord changes, a fact that wasn’t lost on Noel Gallagher when he recycled them on the Oasis single “Whatever”, the track manages the perfect balancing act between a great melody and a tongue in cheek set of lyrics. “Dream On” with its music-hall sensibility features again great instrumental work, which turn a good song into a great one. “L’amour perdu” is one of these “chanson francaise” pastiche that Innes seemed particularly keen on, it shows that our hosts funny bone was still firmly there. The delicate “Song for Yvonne” again shows him delving into pre-war musical sensibility while the groovy “This Love of Ours” with its its catchy piano riff and steady beat could have almost secured him a hit in the disco era. The universal statement of “Singing a Song Is Easy” could have slotted easily on John Lennon’s Imagine with its catchy chorus.

The original album is augmented by eleven bonus tracks (all culled from singles released between 1972 and 1975) starting with the unnerving “Slush” and the jaunty “Music From Rawlinson’s End”, both sides of a recalled single issued under Neil Innes’ name but that were in reality Bonzo recordings (both ditties being ripe for chart domination). The single version of “How Sweet To Be An Idiot” features just Innes and his piano and its B-side “The Age Of Desperation” sounds like a self help book set to a country and western instrumental. “Re-Cycled Vinyl Blues” is a rather succesful novelty track that incorporates snippet of Tin Pan Alley staples. “Fluff on The Needle”  might overstay its welcome a little but the next pair of songs, both sides of a single issued in October 1974 are  killer songs, the country-ish “Lie Down And Be Counted” and the the glam-rock send-up “Bandwagon”. The proceedings close off with another pair of songs from a one off single released in February 1975 where Innes reverts to his Bonzo persona with the nonsensical lyrics of “What Noise Annoys A Noisy Oyster” and “Oo-Chuck-A-Mao-Mao”.

More Info on Neil can be found at his official website.