Johnny Cash- San Quentin   When I was about 16, I looked through my Ma’ and Da’s albums and found the original Johnny Cash ‘At San Quentin’ album and loved it.  He has a great voice and again, is a really great commentator, with a fantastic catalogue and a Who’s Who of people who he has worked with on collaborations.  The video of ‘San Quentin’, when he sings inside to the prisoners, says a lot about the type of man he was.  I could have picked many other personal favourites,  including ‘The Man In Black’, ‘Folsom Prison Blues’ and ‘The Highwayman’ with Willie Nelson, Waylon Jennings and Kris Kristofferson, or one of his most moving, ‘Hurt’ (with one of the great videos of all time). His music and his influence will last forever.

The Pogues- Thousands Are Sailing   Shane MacGowan at his very best, with a tale of immigration from Ireland to the USA.  MacGowan is dismissed by some as a drunken waster, but he is really an outstanding writer and poet (although this song was written by the great Phillip Chevron ) ,  telling stories with brilliant lyrics and cracking folk-punk to back them up, such as the love songs ‘A Rainy Night in Soho’ or ‘A Pair of Brown Eyes’, or other stuff like ‘Sally MacLennane’ and ‘The Broad Majestic Shannon’. My own party song, which is I sing very badly, is ‘Dirty Old Town’ (by Ewan MacColl), but MacGowan’s version of this and his version of Eric Bogle’s  ‘And the Band Played Waltzing Matilda’ lend themselves to his voice.  I have seen them in concert 10 times.

The Laggan- Jarama Valley/Bandiera Rossa (medley)   Singer Arthur Johnstone is a legend of the Scottish Left folk scene.  Here he sings about the Spanish Civil War.  He sang this song along with my friend Stephen Wright and Fraser Spiers (Scotland’s finest moothie player) at the final rally we held over the summer in Scotland for the Jeremy Corbyn campaign.  Over two days we held packed rallies in Aberdeen, Dundee, Edinburgh, and finally an unforgettable event at the Glasgow Fruitmarket.  When Arthur and the bands sang this at the end, the place was rocking- what an atmosphere it was. He is a great singer with a sharp wit and brilliant story-telling- everything a Socialist folk-singer should have.

Terry Hall and Sinead O’Connor- All Kinds of Everything   In my early 20s, I remember coming in one Friday night from the pub and putting the telly on and seeing this on ‘Eurotrash’, of all shows.  They had a feature about Eurovision song contest songs being covered by different artists, and this came on.  It turns a cheesy Eurovison song into a cool and beautiful song with a great video to match.

Nina Simone- Mr Bojangles   One of my wife Fiona’s favourite songs- it is just beautiful and classy. We went to see a play about Nina Simone at the (Edinburgh) Festival this year. She was a fiery, temperamental civil rights activist with an amazing voice and complex life.  There are many versions of this, but Simone’s is the best.

Neil Findlay MSP is on Facebook, Twitter and on the web. Many thanks to Neil for his generosity with his time.

“We must march forward as comrades in the great struggle for human freedom.” Keir Hardie. 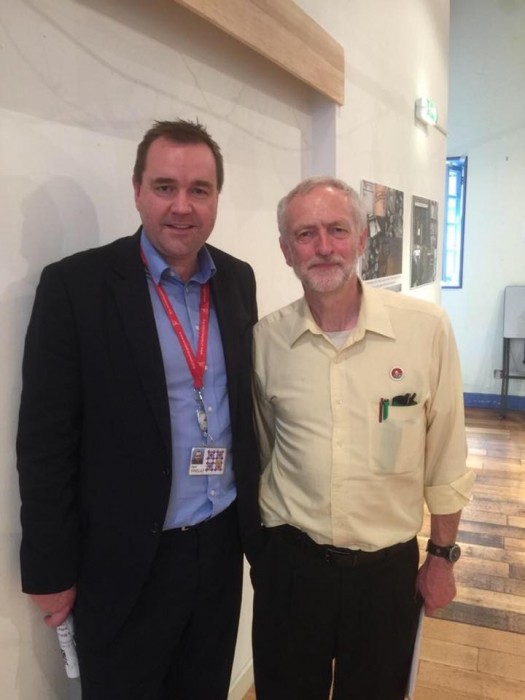 All images kindly provided by Neil Findlay. More writing by Gus Ironside can be found in his author’s archive.