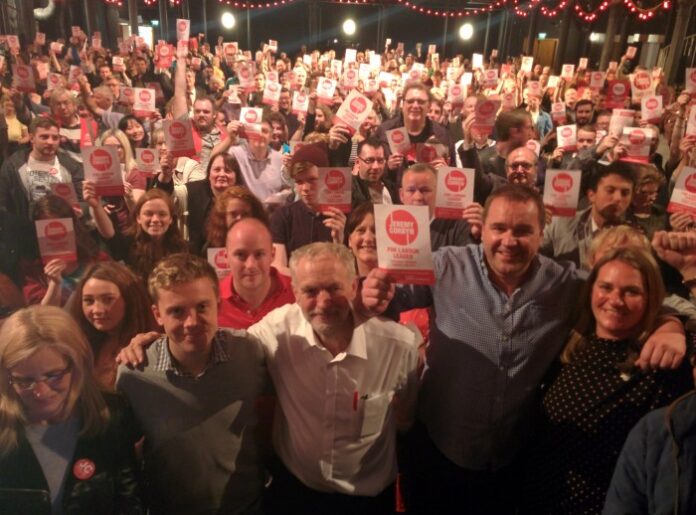 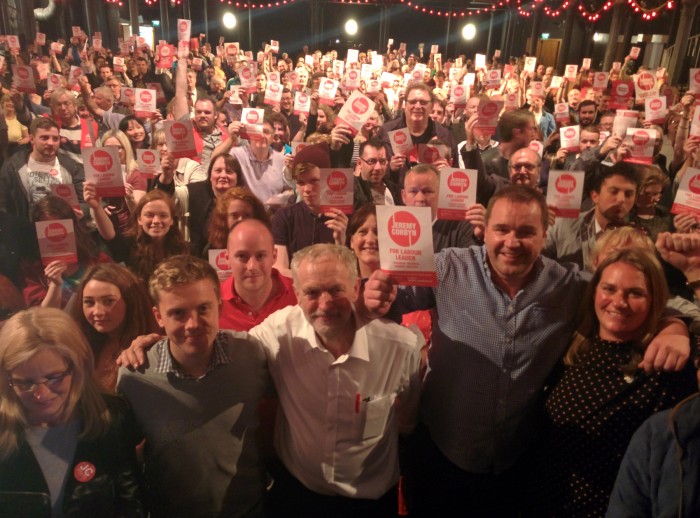 Jeremy Corbyn’s campaign chief in Scotland tells Gus Ironside about the songs that have soundtracked his political life.

Neil Findlay MSP (Member of the Scottish Parliament) was the Scottish Campaign Manager for Jeremy Corbyn’s extraordinarily successful Labour leadership election campaign. Even before this, Findlay had established a reputation as a tireless campaigning MSP, and was recognised as such as the recipient of The Herald’s ‘Community MSP of the Year’ Award for 2015.

A powerful champion for the trade unions in Scotland, Findlay has become a leading figure for the resurgent Left within the Scottish Labour Party, often appearing at rallies alongside comrades from the Scottish Labour Campaign for Socialism, as well as kindred spirits Owen Jones and Jeremy Corbyn.

With the ruling Scottish National Party having wiped out all but one of the contingent of Scottish Labour MPs at 2014’s General Election, the Scottish Parliament elections in May 2016 are being viewed as make-or-break for the Scottish Labour Party. Additionally, many are viewing the Holyrood elections as a major test of the impact of Corbyn’s leadership. While Kezia Dugdale and Alex Rowley have brought stability to the Scottish Labour leadership following the disastrous, John McTernan masterminded Jim Murphy era, the renewal of the grass roots membership that has followed in the wake of Corbyn’s victory could well be the Party’s strongest suit as it faces a pivotal fight for survival.

Neil Findlay will undoubtedly be on the frontlines as always, arguing the case for Socialist values and policies to protect the poorest in Scottish society and challenging the harsh austerity measures that have been imposed on local authorities throughout Scotland. 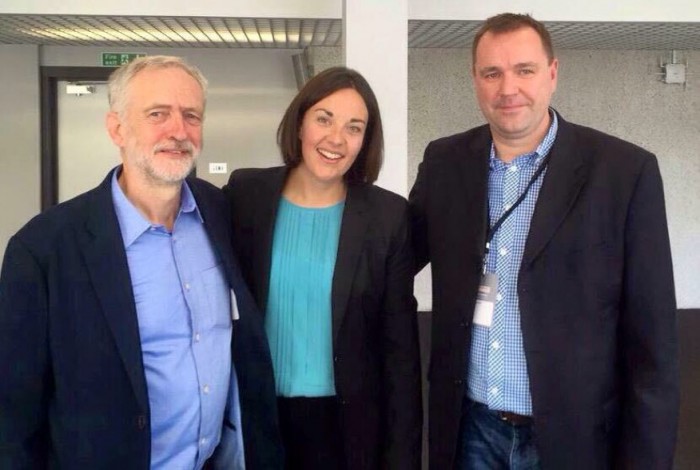 But Findlay has another passion besides politics; as his followers on social media will already know, the Lothian MSP is a music fan. Gus Ironside asked Neil to contribute to Louder Than War’s famed Top Ten lists with a selection of his favourite songs.  You might want to enjoy this list while relaxing in the manner favoured by the man himself- in your favourite pub with a few mates and a pint or two to help make the music sound all the finer.

Neil Findlay: OK, this is something I have wanted to do for ages and I have found it very difficult, but here goes- it is an eclectic mix that reflects my taste in music.  I love a wide range of stuff – Mod, Ska, Punk, Country & Western, Folk, Soul, and lots in-between.

So, in no particular order:

Green Onions – Booker T and The MGs   This was always the last track played at the famous Bathgate Palais disco (it was never a nightclub) where we went when we were young. I have always been into older and newer Mod, Ska, Punk  and New Wave – this is just a classic.  This clip of Sting dancing to it in Quadrophenia is just pure Mod Cool.

The Specials- Too Much Too Young   2 Tone tracks from The Bodysnatchers, The Beat, The Selecter and The Specials are ones I go back to time and again. The Specials are a class act with highly political music reflecting the times when I was I was growing up. As a young teenager these were bands I listened to. ‘Too Much, Too Young’ shows them at their best, although ‘Ghost Town’ and ‘Doing Nothing’ are close runners-up. One of my favourite lyrics of all time comes from ‘Rat Race’ with a witty but withering dismissal of education, “You got a PHD- I got one Art ‘O’ level- it did nothing for me.”  I saw The Specials a few years ago at the Carling Academy in Glasgow – it was fantastic, full of balding, overweight rudeboys and girls bopping away all night – magic!

Alabama 3- Love Will Tear Us Apart  I’m a member of the Cuba Solidarity Campaign and a few years ago I went to the RMT union’s annual Cuba Garden Party in Clapham. After the political speeches, Alabama 3 took to the stage and one of the tracks they sang was this version of the Joy Division classic ‘Love Will Tear Us Apart’.  The singer Aurora Dawn sang it in such a beautiful, atmospheric way-  with such presence and charisma, too.  A fantastic cover version that, dare I say, even tops the legendary original.  The video is a bit shaky, but stay with it.

The Jam- A Town Called Malice  God, how do I pick a song from, as Paul Weller’s Da’ said, “The best band in the fucking world.”  This is not necessarily my favourite track, but I picked it because it was their last TV appearance.  There are so many classic Jam tracks with tremendous song-writing and a great political and social commentary, such as ‘Eton Rifles’, ‘Down in the Tube Station at Midnight’, ‘Thick as Thieves’, ‘Saturday’s Kids’, ‘That’s Entertainment’, and so many more.  He also wrote beautiful songs like ‘English Rose’, which should be the English National Anthem.  The Jam are one of my top bands.  I didn’t get to see them, but my brother John saw them at the Edinburgh Playhouse.  I recently bought a new turntable and have rescued my old albums from the loft- ‘All Mod Cons’ has been played so much it’s nearly worn out (I also have the album cover on my office wall).  I went to the Jam exhibition in London over the summer- it was fantastic, and well worth going to.  I am also off to see the Underground Jam for the fifth time in January.