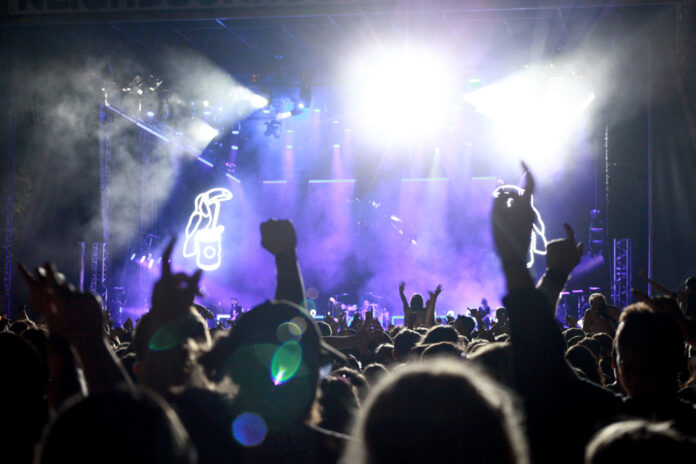 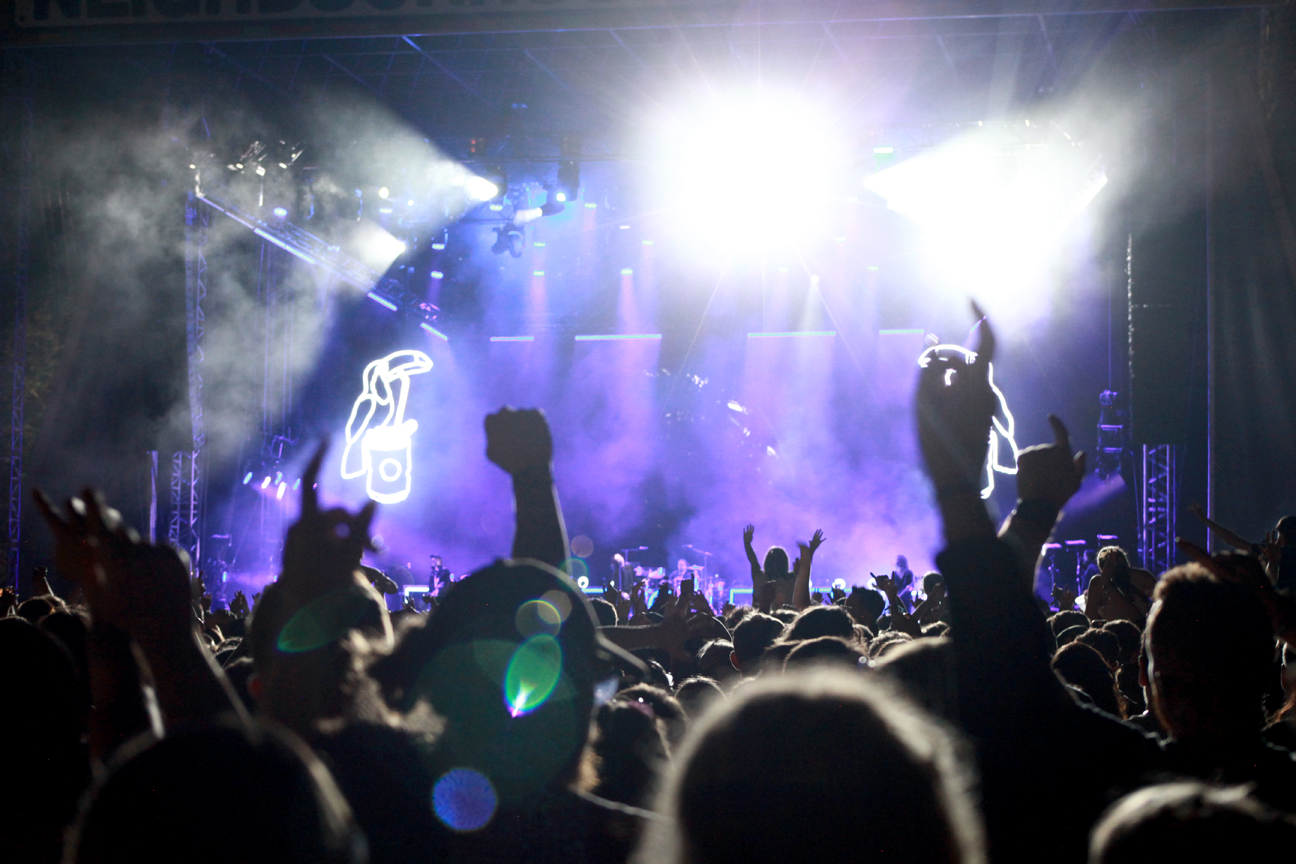 Victoria park saw a huge array of bands play to around 30,000 festival goers last weekend in beautiful weather. Louder than War was there to bask in the glory of Neighbourhood Weekender, and to bid an emotional goodbye to Catfish And The Bottlemen who closed the festival on Sunday.

A festival still in its infancy (this was the third), yet Neighbourhood Weekender has the feel of an event that has been running for much longer – very well organised, never too cramped, plenty of good quality food and drink, lots of picnic benches around, and the music was brilliant. The atmosphere was joyful and relaxed – put it this way, its not often you see a 6 year old on their father’s shoulders at the front of the crowd for the festival headliner. Needless to say – I have nothing but love for this fantastic event.

The festival hosts 3 stages of various sizes – The Main Stage, the Big Top tent, and The Viola Beach Stage, each boasting a great line-up.

The Murder Capital played to a packed out Big Top and they were phenomenal. Frontman James McGovern has the stage presence of a young Morrissey, even though this post-punk band have more in common sound-wise with IDLES and Fontaines D.C.  To say their set was intense is an understatement.  Loud, dark, angry, and beautiful, every member of this band put their all into performing and made the whole set a pleasure to watch.

On the Viola Beach stage there was a more melodic indie rock sound from Spyres who, despite their youth, seemed perfectly comfortable and sounded great. It’s such a cool thing about festivals, being introduced to bands that we might otherwise not have known.

Over on the Main Stage were names that most of us know, even if we haven’t seen them play live. The Sherlocks brought their high energy, stadium indie-rock sound to Saturday afternoon, followed by Jake Bugg and then The Coral.

The Coral always stay true to their long time fans and opened with Bill McCai from their 2003 album, Magic and Medicine. In a beautiful 40 minutes of psych-folk glory, they treated us to other stand-out early songs Simon Diamond and Goodbye, before ending on the utterly perfect Dreaming Of You. I mean, who doesn’t want to sing along to that on a sunny and lazy Saturday afternoon?

Gang of Youths owned the Big Top during their energetic set. Love oozed from every pore of frontman David Le’aupepe – and it felt like it was very much reciprocated by the crowd.

The Mysterines also played the Big Top and Lia Metcalfe’s vocals were stunning – just the right amount of rasp.

It was great to see plenty of women on the stages at Neighbourhood even if they were on the Viola Beach Stage, with a handful on the Big Top stage. The festival organisers definitely love female artists, and hopefully in coming years will take that risk in booking some female-fronted bands for the Main Stage.

Another band that deserves main stage attention and is mainly female is The Orielles. Hailing from Halifax and formed in around 2015, they have been honing their talent and flying pretty much under the radar (whilst releasing three albums) for six years. The trio are all film fans and lovers of ’80s music. At times, they’re reminiscent of Cocteau Twins – especially on their recent release La Vita Olistica – a film and soundtrack. At other times they call to mind Sonic Youth, but I could run through a whole list of influences from The Smiths to Tom Tom Club to The Durutti Column, and The Orielles would keep eluding each one. They really are fantastic, and I for one will be making sure I see them again – hopefully on a main stage.

Headlining the Main Stage on Saturday were the mighty James. There are few better-loved bands in the UK, down to their longevity and their devotion to what they do.

The phrase ‘Youth is wasted on the young’ becomes totally irrelevent when watching Tim Booth – who has as much energy today as any teenager – in fact, probably more. His wisdom is far from wasted too, and he brings all of that wisdom and the energy of youth to bear every time he performs. Rivalled possibly only by Michael Stipe when it comes to performing after 40 years in music, James were a pefect headliner. You don’t need me to list their songs – you know them.

Sunday offered another great line-up on each stage, and an act to note was Miles Kane who came out on to the Main Stage in the afternoon and pretty much blew the roof off.

The Wombats also had the crowd singing at the top of their voices to ‘Lets Dance To Joy Division’ – the atmosphere in the main arena was fantastic.

Meanwhile, in the Big Top Sports Team were causing something of a stir. This band for some reason remind me a little of Half Man Half Biscuit, possibly their slightly tongue-in cheek lyrics against a backdrop of serious musicianship.

Finally, the time had come for the much anticipated set by Catfish And The Bottlemen, and word had quickly got round that this would indeed be their last gig. The Welsh four-piece have pretty much dominated British Indie Rock for the last seven or eight years, and anyone who has seen them live knows that they bring it.

They filled a 80-minute set with absolute bangers – with possibly around 30 thousand people watching them who knew every song, if not every word. Vann McCann’s interaction with the audience was great, in contrast to other recent shows where the strain of the band disintegrating has really shown. It seems that on Sunday the emotion that everyone felt, knowing this would be the last time we got to experience the force of nature that is Catfish, helped to carry the band who made damn sure they went out with a bang.

For a whole generation who are now around 20-24 years old and who have grown up adoring this band, Sunday was a bittersweet night. There were tears of sadness and tears of joy. I welled up myself, thinking about how the first time my eldest daughter standing in the centre of a raucus crowd had seen this very same band, who she loved, at a festival five years ago. I had taken her to the festival and we both nearly got swept away in the swelling crowd. That was her introduction to the mosh pit and my outro…

We all have memories attached to music and bands. So, the end of an era for some of us, but comfortingly no end in sight for most of the wonderful bands who played at Victoria Park.  I look forward to seeing what the organisers come up with next year. Whatever the line-up, you can guarantee it will be a great festival. See you next year, Neighbourhood.

Words and photos by Shari Denson