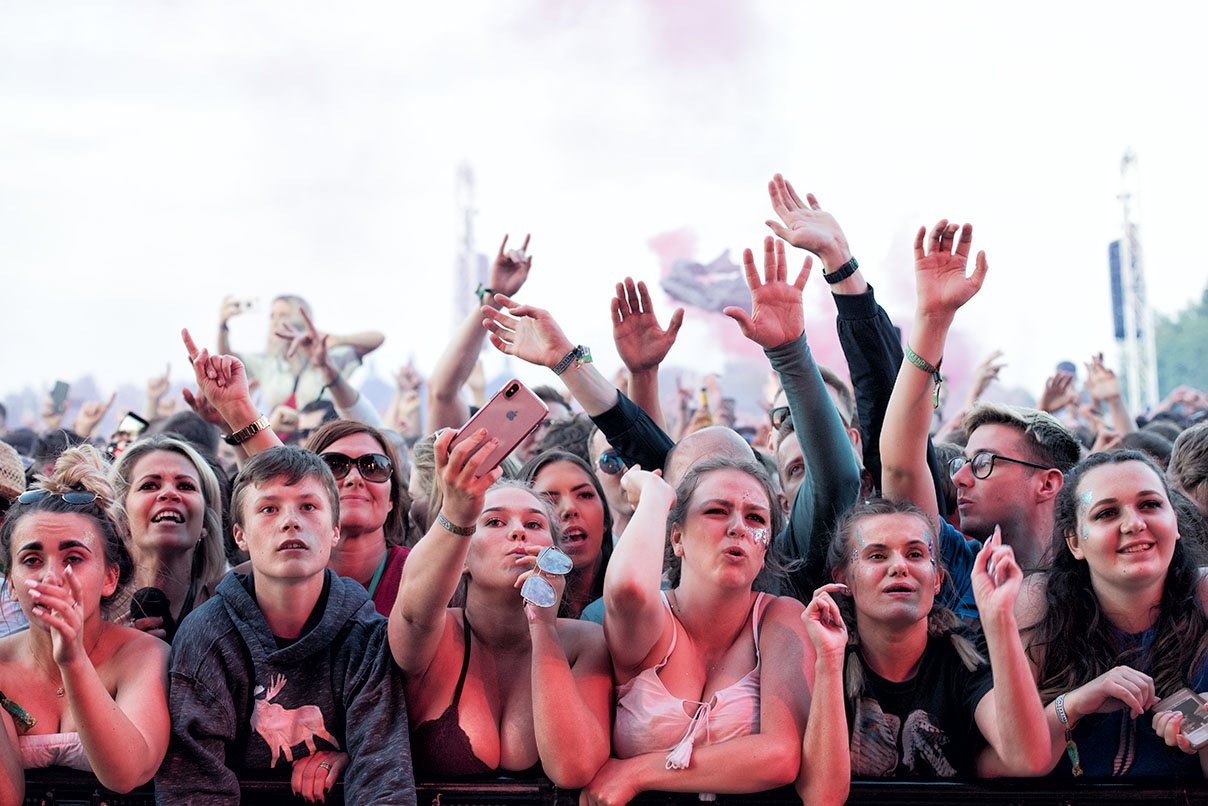 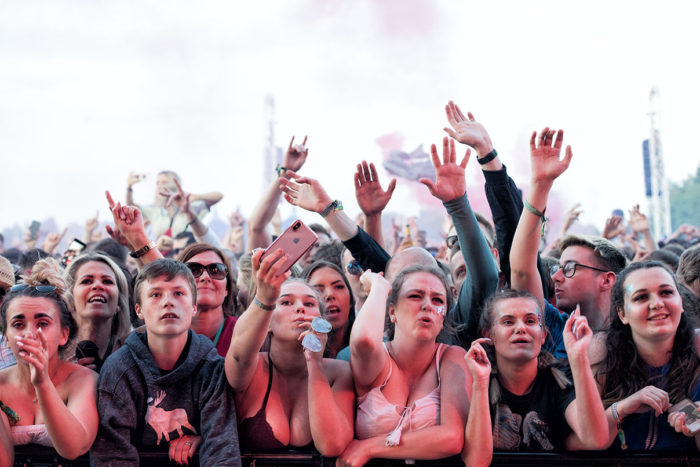 Louder Than War photographer Melanie Smith heads down to one of her local parks armed with her camera to capture the action at this brand new major festival in Warrington.

Following on from the success of Neighbourhood Festival in Manchester, we were excited to be presented with a brand new festival on our doorstep. Neighbourhood Weekender made its debut in Victoria Park, Warrington for two days. It was everything you could wish for, the perfect weather, brilliant music, well organised, a wide choice of drinks and food, plus posh toilets in the VIP area. Considering this was a small festival it had a veritable feast of artists across three stages, with a cornucopia of musical tastes for all and dare I say it, this is possibly one of the best small festivals this year. 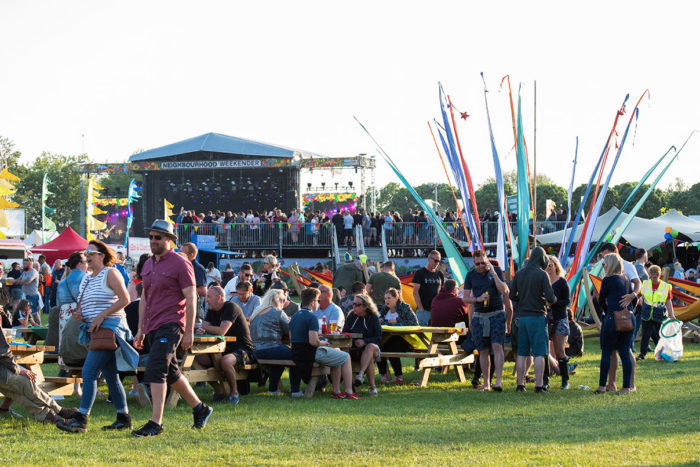 It proved to be a day of discovering new bands on the Viola Beach stage (dedicated to the Warrington band who tragically lost their lives in 2016) such as Black Waters with their explosive performance, sounding like the offspring of The Libertines. Up and coming bands such as Queen Zee presented us with a lively punky show and created quite a stir. A breath of fresh air in the form of Hey Charlie, the colourful lively trio, dressed in matching quirky outfits and were rocking out like badass guitarists. King No One who came over all rock n roll and attitude, amongst my favourites of the weekend. 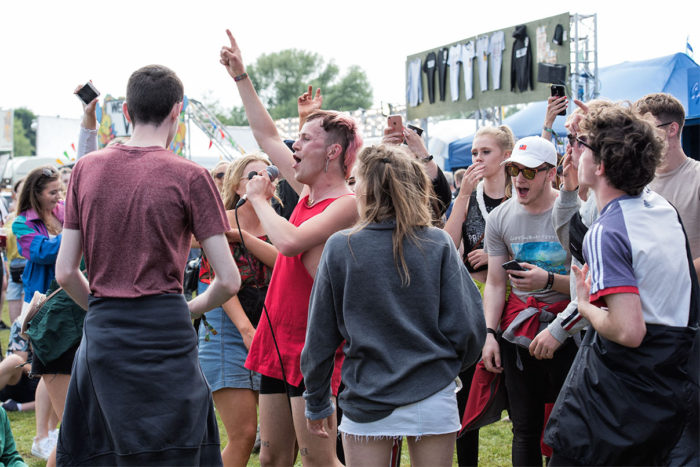 The second stage presented us with the likes of Yonaka with their uplifting tunes, indie bands such as Ten Tonnes, and Blaenavon. Manchester’s Cabbage fresh from debuting in the album charts, and a delightful performance from pop art rock band Sundara Karma, whose vocals were reminiscent of Bowie, yet another of my new favs. 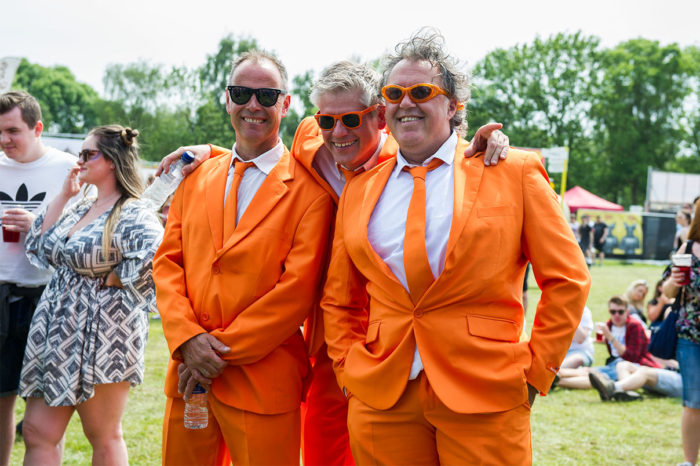 The sun streamed over the hugely expanding crowd of music lovers over at the main stage which featured big names such as Fickle Friends, Circa Waves, Miles Kane, Jake Bugg and The Courteeners who closed the festivals first night amidst much arm waving, colourful flares and lots of smoke. 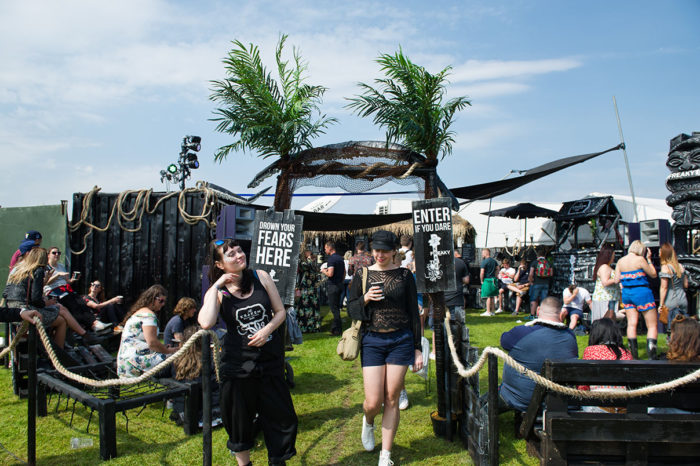 Hats off to SJM for pulling off a superb two day event, a great choice of artists, a good female/ male mixture, all for a decent price too. I am just so gutted that I was unable to report back on Sundays artists (due to an injury) as yet again it was another huge choice of artists such as Noel Gallagher’s Flying Birds, Blossoms, Beth Ditto (how often do you get to see Beth performing in Warrington?), The Blinders (best new band out there) and Black Honey (phenomenal band). So here’s to next year, no idea how this line up can be topped, but can’t wait to find out.

Neighbourhood Weekender is brought to you by SJM Concerts.
Get your tickets for 2019, (May 25th & 26th) better hurry because they are going to sell out so fast.

Early Bird tickets will go on sale Thursday 31st May at 9.30am via www.nbhdweekender.com, www.gigsandtours.com and www.ticketmaster.co.uk

An exclusive presale for Warrington residents (WA postcode) go on sale Wed 30 May at 9.30am via https://po.st/NBHDWKNDpre.

All words and photos by Melanie Smith. More work by Mel on Louder Than War can be found at her author’s archive. You can find her on Facebook and Twitter. Photography portfolio can be found here