The ‘Grand Tour’ of the 17th and 18th centuries was billed as a ‘grand adventure’ – a traditional trip in the days when upper class ‘men of means’ would take on a journey around the cities and capitals of Europe in search of the opportunity to immerse themselves in art and culture. Whether the traditions of 300 years ago are still upheld by modern day backpackers and railcard carrying students are open to debate, but the rock tour undertaken by the Flower Kings and the Neal Morse Band in February and March of 2013 could be seen as a similar type of Grand Tour – taking their marvellously ambitious music and a prog rock extravaganza to the fans of Europe. Rather tongue in cheek billing themselves as ‘Prog Rock Royalty’, Morse himself is notoriously prolific and proud in his love of writing and performing in a prog rock style, and with the addition of former Dream Theater drummer and recording colleague Mike Portnoy to his touring band made the ticket even more tempting. Any prog fans needing their arms twisted further was the promise of not just 90 minute sets from each band but a half hour encore where Morse and Portnoy would be joined by Flower Kings guitarist Roine Stolt, making up three quarters of the acclaimed Transatlantic prog super-group (Marillion’s Pete Trewavas being committed to performing with his own band sadly).

The Flower Kings set the tone for the evening opening their set with the 25 minute Numbers, taking all sorts of twists and turns through the extended instrumental passages and harmonies. Decked out in a variety of garb from bassist Jonas Reingold’s heavily embroidered jeans and hair scraped back into a harsh ponytail, to the retro velvet and striped jackets worn by frontmen guitarists/vocalists Roine Stolt and Hasse Frohberg, who looked resplendently retro. From the start it was the left handed Frohberg who grabbed the attention and was the focal point with his more obvious rock star poses and grimaces while Stolt was a picture of concentration as he carefully picked out his guitar parts and lead lines.

Not a band to do things by halves, the similarly lengthy and slightly meandering The Truth Will Set You Free was added to the set alongside a run through new song Riding The Imperial which left just enough time for a short 15 minute medley based around Last Minute On Earth to finish their contribution to the evening. The final night of the tour in Wolverhampton saw the set slightly shortened as the medley was cut to accommodate a further surprise later on in the evening’s proceedings.

A rapid turnaround meant that it was only a short wait until the houselights dimmed a second time and the intro music began as the Morse band took the stage. Led by Portnoy’s trademark ‘conducting with the drumstick’ style as the band built up to Morse playing the cascade of synthesiser notes for the start of Momentum. Maybe the changeover had been too quick to check equipment, but the failure of Morse’s computer driven keyboard meant that his opening notes were improvised at keyboard player’s set up. Not one to be phased at all by any sort of minor malfunction, it was a high energy opening and one which gave killer young guitarist Adson Sodre a chance to solo impressively.

In contrast to The Flower Kings, Morse chose a couple of shorter songs to open with, although Author Of Confusion, far from being a short song definitely ticks the prog boxes with some heavy guitar and complex multilayered harmonies. The Morse set then really took off with a medley of music from his ? album. The 12 instrumental section gave hotshot multi instrumentalist Eric Gilette a chance to show his mettle with a terrific interpretation of the guitar solo which was taken by Steve Hackett on the original recording. The solo led into the dramatic Entrance section which saw Morse totally engaged as he sang the opening verse and then promptly made his way side stage and into the audience. Even for those with no religious leanings at all it was an inspiring moment as he joined his people and sang of the Spirit taking his hand and giving his strength to the weaker ones. No doubt there will be those who will see his act as a pretentious gesture but it was clearly a man who wanted to share his convictions and the strength he feels in the wonder of his beliefs and it’s hard not to be swept along in the heat of the moment (especially when anticipating the moment at the Wolverhampton show I positioned myself perfectly to be the first greeted and ‘blessed’ by Neal when he made his crowd entry). The ovation ? the medley which followed was the biggest of many ovations and shows the esteem in which the 2005 album is held even with it’s overtly religious content. As Morse took a breather, Mike Portnoy, never shy at coming forward, took his chance to take the microphone and announce his pleasure at being able to accompany his long standing friend and play his wonderful music.

Everything so far was just a warm up for the final piece in the Morse set, his self confessed epic World Without End which took the final half hour of the set though a whole range of styles and peaks from almost Metallica-like heavy riffing between the two guitarists to a climax which saw Morse falling to his knees as he played the final keyboard crescendo with Portnoy also standing in triumph at his kit. It was at the end of this particular piece at the final show of the tour in Wolverhampton that Morse was clearly overcome with the emotion of the moment – the sentiment of the music and lyrics and the passionate response of the audience. As he played the final notes, again on his knees, he could clearly be seen mouthing what can only have been a prayer of thanks. As the band came together to take their bows he was obviously finding it hard to hold his emotions in check and it was the support of having his sparring partners Portnoy and bassist Randy George at hand which gave him the strength to see him though.

Prior to the Transatlantic encore, the Wolves fans, who had missed out on the Flower Kings performing an encore, got their reward when Morse and Stolt stepped out together onto a dimly lit stage. Morse’s piano and keyboard strings accompanied by Stolt’s finely picked guitar notes led into a wonderfully stunning duo performance of Transatlantic’s Bridge Across Forever. No doubt that riding high on the emotion of the moment, Morse was ready to deliver what many fans believe is one of, if not his piece de resistance.

As promised, Morse, Portnoy and Stolt (with FK bassist Jonas Reingold standing in for Trewavas) then returned to perform a triumphant Transatlantic encore medley. With three albums of lengthy prog music to choose thirty minutes of material from, a medley was the only option. Opening with the beginning of the first track from their first album All Of The Above, the four were gradually joined onstage by other musicians as they swept into a section which included The Whirlwind/A Man Can Feel/Rose Coloured Glasses from their most recent Whirlwind album.

As the medley had swung into the closing section from the Stranger In Your Soul piece, quite unexpectedly Morse announced “Would you please welcome Steve Hackett!!”. Eagle eyed early arrivals may have recalled spotting the man often known as the ‘Former Genesis Guitarist’ (although he left them over thirty years ago) earlier as he made his way along Camden High Street, obviously not being there for the shopping. Dressed in his street clothes with gold Gibson strapped on and being helped through the plethora of musicians who had gradually joined the Transatlantic set (we know how much he complains about his eyesight!) and across to the far side of the stage, he got himself plugged in and started to add some lead lines alongside Roine Stolt. The improvised exchange of solos lasted some 5 minutes or so as Steve became increasingly animated giving some serious action to the tremolo arm of his Les Paul as he traded solos with Stolt until the song reached it’s inevitable prog rock climax and the ensemble lined up to take the acclaim. Another few moments to treasure and certainly another chance of a lifetime for a lucky audience.

The audiences who saw this tour over the two weeks in Europe certainly have one up on their American counterparts who will have the consolation of what looks like, so far, being a single performance by the outfit in Los Angeles in May. 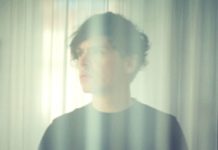 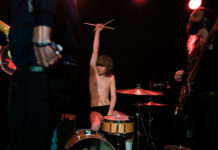 April 21, 2015
We use cookies to ensure that we give you the best experience on our website. If you continue to use this site we will assume that you are happy with it.Ok