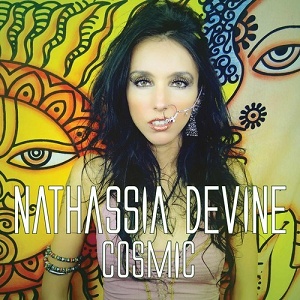 You probably weren’t aware that we needed another Kylie, or that we ever asked for one, but we seem to have a contender in the form of Nathassia Devine.

The half Dutch, half Indian singer songwriter has put together a pretty good album of thirteen pop songs which are catchy and have already been well received in the UK Club Charts where she has had two Top 20 hits.

Based around electronic dance and with some eastern influences, Nathassia is nothing ground breaking nor is this classic pop, but in the same way that Ms Minogue pumps out hit after hit of harmless pop, she too could well do the same.

The opening prelude Creation shows some promise, a cacophony of beats and voices and echoes lasting little over a minute is intriguing and goes straight onto Signs which isn’t one of the strongest tracks on the album but is pleasant enough.

Where the album is maybe set apart from the majority of other pop albums these days is in its bold approach to the musical backing. It can be loud and incredibly inventive at times, not to mention unpredictable and that is maybe where the strength of the album lies. The undoubted highlight Telepathically starts off slowly enough and is actually bordering on nothingness before a huge percussive section enters lifting the track to something quite special.

The two singles In My Head and Alien Eyes are slightly more lightweight and predictable but it’s easy to see where the attraction lies and no matter how hard you try, you will be could be forgiven for thinking she was the aforementioned antipodean songstress (particularly as Bruce Elliott-Smith has now co-produced them both).

There are a few too many yelps and whoops which should really have been edited out, but aside from that there are few criticisms. Penultimate track, the album mash-up Destruction could maybe have been swapped with closer Re-Create but that’s as far as negativity can go. It’s a pop album, nothing more and nothing less but it is certainly one of the better ones and Nathassia Devine will be a name you could hear much more of the in not-too-distant future.